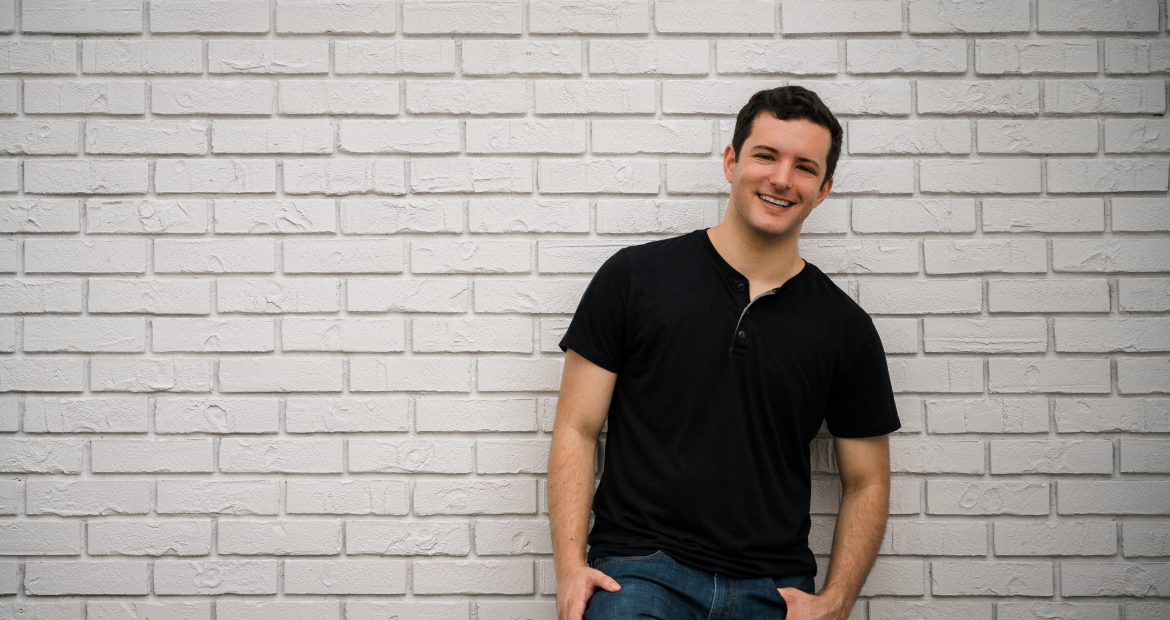 Taking a different career path to get to something that you are passionate about is difficult. Brother Daniel Segall (Wake Forest, 2015), a country singer (stage name: Dan Harrison) based out of Nashville, is looking to modernize country music.

Brother Segall was born in Los Angeles but grew up in Philadelphia. He was raised as a reform Jew, was bar mitzvahed and went to Hebrew school. “I went to a school that, even though it wasn’t a Jewish school, it was very highly populated by Jewish people. I went to a private Quaker school that had over 60% Jews.”

For as long as he can remember, he’s been singing and Brother Segall also started playing guitar in middle school when his friends took it up. “None of them play anymore but they inspired me. They pretty much changed my life.” He took guitar lessons and played guitar in  jazz band, but wished he had focused more on music. “Looking back, I took it (music) seriously but I was also a pretty serious track runner, running track and cross country. I was serious about music, but I didn’t pursue it as much as I now wish I did.”

In the spring of his freshman year of college, he got an email from Sam Orelove, AEPi International’s then Director of Chapter Services, asking if he wanted to explore joining a fraternity. “I went to Wake Forest at the time to run track. A lot of my other friends rushed into the fraternities that were already there and I wasn’t planning on doing that because of sports.” He talked to Sam who encouraged him to try it out and see what would happen. “It wasn’t easy starting something like that at Wake.” Historically, Wake Forest isn’t a school with a large Jewish population but with hard work, determination, and support from the administration, Brother Segall and the other Founding Fathers succeeded. He had many leadership positions including serving as master, lieutenant master and sentinel. “I learned how important it is for Jews to have a space and have a (Jewish) identity.”

In college, Brother Segall double majored in Philosophy and Spanish, with a minor in film. He didn’t major in music, but his majors have helped him in his chosen career path. “Writing songs is about having a proficiency with language with different words, meanings and rhymes. There is an analysis of songwriting that I think philosophy helps with. Just how my brain thinks analytically and abstractly helps with my approach to songwriting.” His film minor helped him become a better storyteller. “Really,” he says. “Country music is about authenticity and storytelling.”

Brother Segall wants to modernize country music by reaching a more diverse audience. “I think there are a lot of country fans out there who are different than the stereotypical country fans.” He wants to show that country music can be enjoyed by people from all backgrounds, wherever they live – “in the ‘holler or in Hollywood.” By mixing different genres and even bringing some of his Jewish identity into his country music, he hopes to diversify the genre. “I’m in a duo called Salemtown, and we’re doing this thing where we blend country music, rock/pop and elements of electronic music. Our hope is to bring that dance floor energy to the sound of country music.” He also wants the growing importance of bi-lingual music, and, no doubt, his background in Spanish will be useful as he digs deeper into this area of the industry.

Currently living in Music City, Brother Segall’s favorite spot to play is Whiskey Jam at Winners bar in downtown Nashville. Depending on how the pandemic pans out, he wants to be on the road and touring soon. His advice to Brothers pursuing a career in the industry is to listen to everything, be open, be humble, and be surrounded with people who are more talented than yourself. “Don’t be afraid…you only got one life. It takes a lot of ‘nos’ until you get a ‘yes.’ I still haven’t had that ‘yes’ yet. It’s a tough industry and it takes a lot of time, but I have faith I’ll make it. AEPi taught me about the rewards of perseverance.”

AEPi Brothers have been supportive in his endeavors. He gained support from being a finalist in the AEPi talent show in November of 2020. “It was virtual but it was great to meet other Brothers. Everyone was super supportive and impressed. Even if I didn’t win, it was still a cool experience to make it as far as I did.”

“You have to have conviction in yourself. Whether it’s talent, time or luck, you need at least two of those to make it.”

You can find Brother Segall and Salemtown on Spotify: