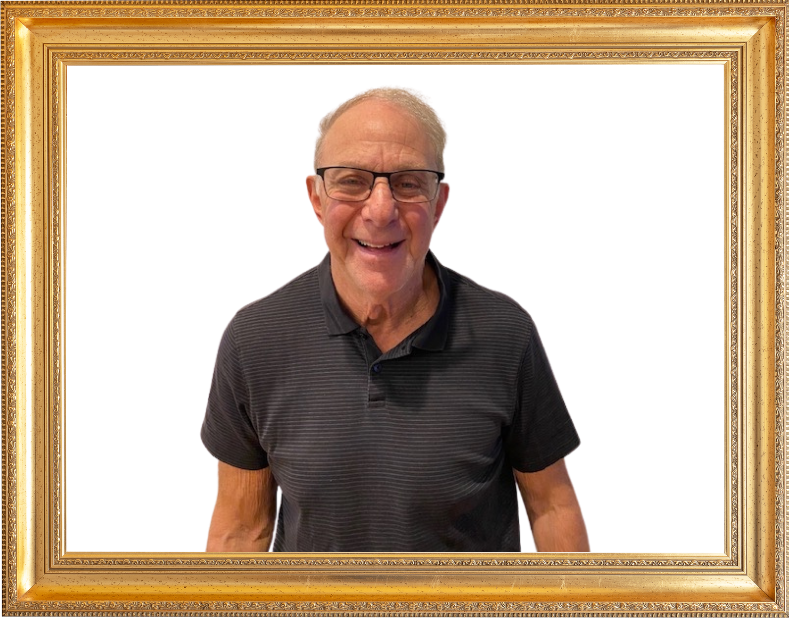 With a passion for sports, volunteering and the Jewish community, Past Supreme Governor Brother Donald Rudick (Wayne State, 1968) has recently been named the Executive Director of the Michigan Jewish Sports Foundation.

Growing up in Detroit, Brother Rudick went to Hebrew school, had a Bar Mitzvah and went to synagogue for the high holidays, Passover and Chanukah. “My high school was not a Jewish high school, so I didn’t have a very active Jewish identity.” Brother Rudick established his Jewish identity when he went to college at Wayne State. In college, he would go from majoring in chemistry and organic science to business.

During his sophomore year, Brother Rudick had a friend from high school who reached out and asked him if he wanted to go out to coffee with two other AEPi Brothers. They told him that he should come meet the Brothers in the campus center. “The funny part is, I would go there and sit, but I wouldn’t really talk to anybody. They really didn’t talk to me, but I would just sit there every day and listen. When my bid session came up they had to pass around a photo to know who I was because I didn’t really engage with anybody else. I was a little bit shy.”

After getting initiated, Brother Rudick was member-at-large and exchequer of his chapter. He was also treasurer of the Interfraternity Council. His senior year, as chapter treasurer, he was awarded the international fraternity outstanding exchequer of the year. In 1966, he went to his first convention and every convention thereafter (except for his wedding). There were 24 Brothers in the chapter when he joined and 100 when he graduated.

After graduating from Wayne State, in 1970, Brother Rudick’s father passed away suddenly. “I went to my first Jewish funeral, which was his. I also said Kaddish for 11 months.” He joined a synagogue and became active for many years.

Brother Rudick went to get his MBA at Michigan State University. “Graduate school really awakened me to education. I took undergrad for granted.” Grad school taught him how to run and operate a business. In one class, his team worked with a company’s upper management to create a budget and business plan throughout the 12 week semester. During that time he was also the live-in advisor at Michigan State AEPi for two years and would go on to be the advisor for over 30 years.

Brother Rudick became a Regional Governor for AEPi International and made sure he personally knew the Michigan State chapter master every year. Many of them he would become personal friends with over the years. One year, the grass on the hill that the previous Michigan State house was on, was dying. So the chapter master called Brother Rudick to tell him that they wanted to build a deck for $4,000 and wanted AEPi Internationalto pay for it. Brother Rudick declined, but they built it anyway and withheld $4,000 from headquarters in rent. “Every year at the end of the year they always had a senior brunch with their parents. At that brunch, I was not happy when I saw Paul Byck (the master) and said ‘You’re in trouble’. At the brunch, they presented me with a plaque and they dedicated the deck to me and they called it the Rudeck.”

Recently, Brother Rudick retired from his position as the Financial Director for Hansons Window and Siding. He now solely focuses on his passion for volunteering.

Last year, Brother Rudick was chosen to be the Executive Director of the Michigan Jewish Sports Foundation. His big project will be planning and executing the Hank Greenberg Memorial Golf Outing. “The money that’s raised goes towards very important Jewish nonprofits.” A portion of the proceeds will go towards the Karmanos Cancer Institute and the Lawrence & Idell Weisberg Cancer Treatment Center. “We want to do a partnership not just with AEPi but with any organization.”

“AEPi develops leadership, it teaches you how to be a leader. Use all the resources you can. Attend conclaves and attend conventions.” Brother Redick wants Brothers to get involved in Jewish life. “Get involved with as many different Jewish entities as you can. It’s a way to keep your Jewish identity and keep your focus on Jewish causes.”