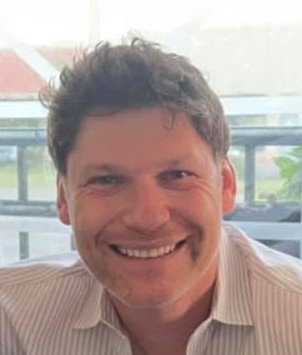 The Jewish people love food and when it comes to Jewish foods there is nothing more popular than a bagel with cream cheese and lox. No one knows this better than Brother Eytan Anisfeld (Southern California, 1991) who works for the world’s oldest operating lox company. Older than Alpha Epsilon Pi itself, H. Forman & Son has been in his family for four generations and counting.

Brother Anisfeld grew up in Buffalo Grove, Illinois. Going to shul every Shabbat, Solomon Schechter Day School and Camp Ramah, he had a very Jewish upbringing. Even when he went to a public high school he was involved in United Synagogue Youth (USY). “The type of Jewish upbringing I had as a kid was a very traditional and fulfilled Jewish upbringing. I was fluent in Judaism. I was very comfortable in lots of things Jewish. Everything around me was Jewish.” He certainly had lox growing up but it wasn’t the same quality that his family in England was making.

During his first semester in his freshman year, Brother Anisfeld joined AEPi. “Going to the University of Southern California from the suburbs of Chicago, I knew nobody. Los Angeles is a very Jewish place, but the University of Southern California wasn’t.” Luckily, AEPi felt like home to Brother Anisfeld and the Brotherhood was like an instant set of Jewish friends. He majored in business which has helped him later in his career.

Brother Anisfeld’s family business, H. Forman & Son, has been producing lox in London since 1905. His great grandfather, Aaron “Harry” Forman, came to the United Kingdom from Russia. Founding the company with his son, Louis, they saw the value in curing and smoking fish. Three generations later, Brother Anisfeld’s cousin Lance runs the smokehouse in London.

Out of college, Brother Anisfeld was working as a commodities trader and soon realized that he didn’t want to be involved in that business anymore. He approached his cousin Lance about joining the family business, and found out that they had no real distribution in the United States. He flew to London, toured the factory, learned the product, and brought ideas of how to expand their market. ”We hit the ground running. I took samples back with me and started showing people samples, both retail and wholesale. I stood in grocery stores for six months sampling the products. I did a lot of traveling to introduce the products to distributors and other wholesalers. Slowly, we started to sell.”

New innovations since 1905 have reduced the quality and the luxury of smoked salmon. Machines took over the slicing of the fish and fish farming became prevalent. For more than a century H. Forman & Son held strong, just curing fresh Scottish salmon with a simple process. They don’t use ovens or sawdust or fire to smoke the fish. “We don’t want it (the lox) tasting like an ashtray.” They take an oak wood log and press it against a rotating wheel and with that friction, smoke dry the fish. Just two ingredients – salt and salmon – and nothing else but smoke distinguishes their lox.

The COVID-19 pandemic has been a challenging time for H. Forman and Son. “When we had no restaurants, no hotels, no country clubs and no private chefs ordering from us, that took away half the business.” Luckily, when retail and grocery businesses lit up, they didn’t lose as much. As inventory was a problem for many grocery stores, they gained grocery clients. “We might be even better if service comes back like it used to.”

Currently, Brother Anisfeld is the North American distributor of the lox. He does business development, imports the product, finds new clients to carry the product, and handles product placement. He sells retail in 48 states, and ships to Mexico, the Caribbean, and Canada. He does wholesale to about 20 of the states. Among his favorite products are the sashimi grade salmon, the caviar and, of course, the cured smoked salmon.

The ultimate Jewish soul food – bagels and lox – have helped Brother Anisfeld rediscover his life’s ambitions and reconnect with family and his culture. To learn more (and order some lox for your home), visit http://www.formansusa.com.