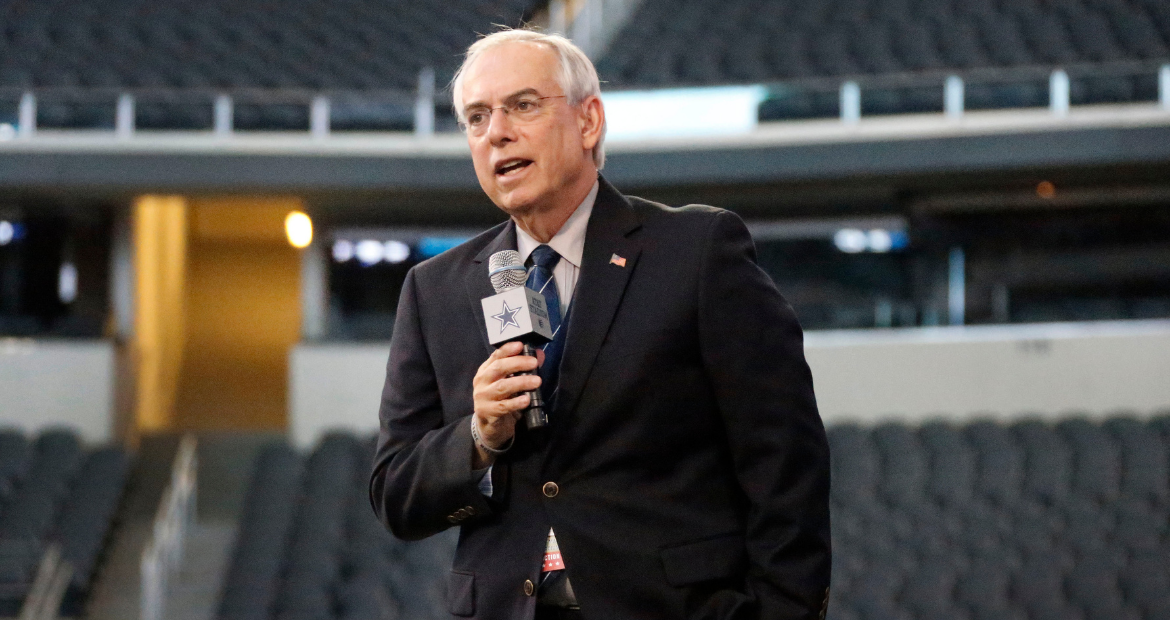 These days, everyone has live high definition (HD) sports at their fingertips. While radio may seem like a dwindling media source, the medium still has a good audience when it comes to sports. As the radio play-by-play announcer of the Dallas Cowboys, Brother Brad Sham (Missouri, 1970), humbly has been in the business for more than four decades.

Brother Sham lived in many different places growing up. His father was an optometrist who managed stores in regions across the United States.”We lived in Wichita, Kansas twice, we lived in Mobil, Alabama, we lived in San Juan Puerto Rico.” He had an orthodox bar-mitzvah, but his family went to different types of synagogues as they moved. Brother Sham went to high school in Chicago at New Trier Township High School when his father took a job with Pfizer.

There were no broadcast schools at that time, so Brother Sham went to the University of Missouri because it had the best communications and journalism program in the country. Brother Sham joined AEPi his freshman year ay and lived in the house for three years. He came in knowing nobody.

While in college at Missouri, Brother Sham’s father took a job that was based in Dallas. After finishing service in the Army National Guard, Brother Sham also moved to Dallas.

Originally wanting to be a baseball announcer, Brother Sham forced himself to learn the game of football because it was part of his new job. In 1976, Brother Sham assisted with the broadcasting for radio station KRLD in Dallas. He mostly did broadcasting for college football games. One facet of the job was doing color commentary with Verne Lundquist for the Dallas Cowboys.

Fast forward 40 years and Brother Sham has become beloved by Cowboys fans. He has provided the radio play-by-play to many memorable moments throughout Dallas Cowboys history, including four Super Bowls. Since he doesn’t have the luxury of HD television screens to complement his reporting, he has to be highly descriptive in making those memorable moments.

Sports and broadcasting has taught Brother Sham lessons in humility, accountability and honesty. He is not one to brag about his longevity broadcasting Cowboys games. “There are seven of us on our crew right now and we’ve been together for decades. We are all accountable to each other, responsible for what we do to help each other, and none of us can do it alone. There is not a day in the season, starting with training camp, that I’m not preparing somehow.” Even with the recent dedication of the radio booth at AT&T Stadium in his name, he keeps a sense of humility.

Brother Sham has become more active in his synagogue and in studying Jewish tradition. He has been studying Mussar, virtue-based Jewish ethics, for about 12 years and goes to Talmud and Torah study classes. He relates the things he learns from Mussar back to the sports season and his career.