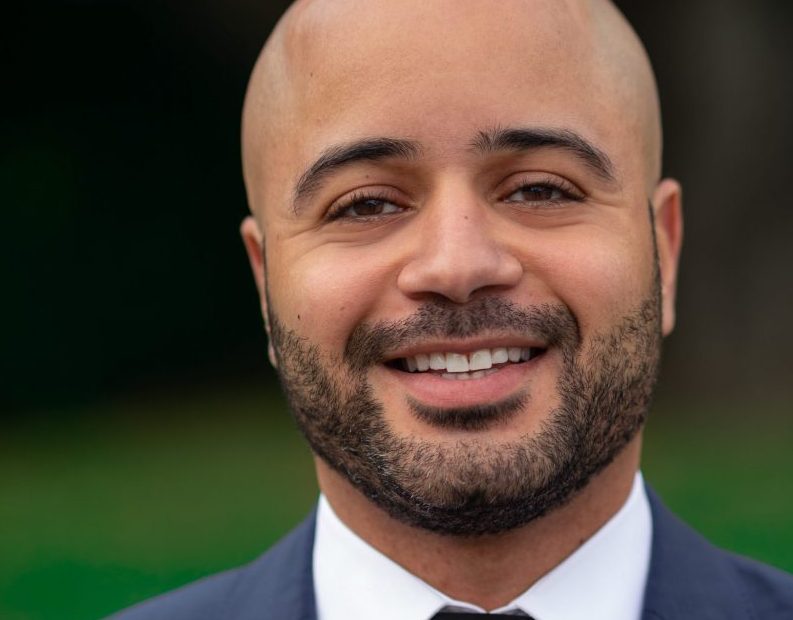 “When I was starting my company I was looking for a name that reflected our mission – to help fix the broken health care system – and I landed on mishe (pronounced mih-shee),” said Brother Sidney Haitoff (NYU, 2011). “Mishe is short for mi sheberach, the prayer for healing because our goal is to bring healing to the healthcare system.”

Brother Haitoff grew up just north of New York City but “I fell in love with the City pretty early on. NYU was my dream school and when I got in early decision, it was clear what direction I was headed.” After starting as a management major in the Stern School of Business, Brother Haitoff pivoted to studying finance and marketing. After graduation, he began working for his father’s medical billing company. “My Dad was begging me to come to work there. After all, his business put me through college so it made sense.”

While working in his father’s company, he was exposed to all different aspects of the revenue cycle and the health care space. “I bounced around in various departments of the company and worked on helping them build out some offerings including computerizing health care records.” After his father’s business was acquired by a larger firm, he stayed on and was able to get more national reach and exposure and continued to work to affect strategy.

After nearly eight years of pondering a new kind of health care company, Brother Haitoff created mishe in 2019. “I saw the opportunity to build a marketplace where people can shop for and purchase medical services from medical providers for the ‘cash price’ without needing insurance. There’s such a discrepancy between the medical bill charge and the contracted rate (with a health insurer). I had to wonder why there is a massive, constructed gap to squeeze money from insurance carriers on behalf of those with premium benefits.”

Often referred to as cash-pay, self-pay, private-pay, direct-pay, or direct care –with Pay-As-You-Go Healthcare™, consumers are in full control of their care and only pay for the healthcare they want or need when they want or need it.

Transparent pricing allows consumers to shop for care based on price (and other parameters), a revolutionary and disruptive concept in our country’s healthcare industry. Care is purchased upfront, care is rendered, and uncertainty is eliminated. Though disruptive, this model is not totally foreign, as this type of financial arrangement has existed for more than a decade and has gained in popularity in recent years. mishe intends to normalize this trend and lead the wave of change that already has the support of government regulators and consumer rights advocates

“Health care costs are a major contributor to people’s overall financial wellbeing. More than 25% of bankruptcies are influenced by out-of-pocket medical expenses. Our company helps consumers to see the true cost of care and find alternative ways to access it. It puts the power back in the hands of the consumers and providers—they are the most important stakeholders.”

After a soft launch in San Diego earlier this year, mishe is now tackling the New York metropolitan market and, soon, hoping to expanding to more markets.

“I remember when I was initiated in AEPi. It was a very powerful experience. I was in the middle of the greatest city of the world with the greatest guys. It was very cool, something to latch on to. I felt like I was a part of something bigger than myself.”

“In AEPi, they told me early on to look around the room. These will be your best friends and your confidants. It’s true. I’ve been a groomsman for half of my pledge Brothers. I’ve watched them get married and have kids and they’ve all been very supportive of me and my start-up,” said Brother Haitoff. “When you’re starting a business, they always tell you that it’s not what you know but who you know. My fraternity Brothers are the ones who were there for me all along the way.”