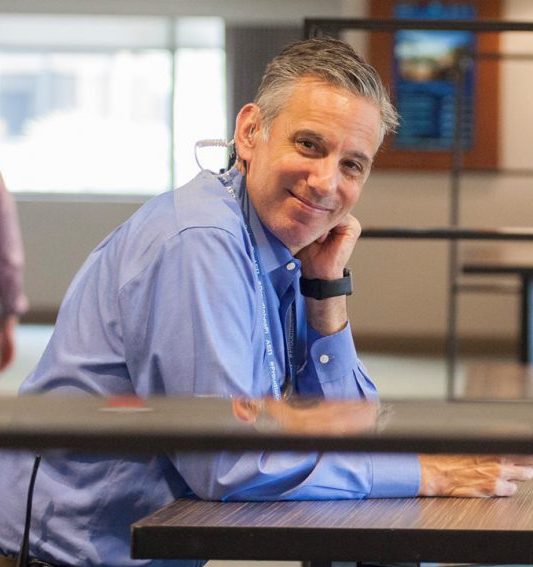 It is with a heavy heart that we share the news that AEPi’s Chief Executive Officer, Jim Fleischer, has entered chapter eternal.

Jim fought a courageous battle against cancer for the last three years, but the fight was too much and he passed away yesterday evening surrounded by his family and fraternity Brothers.

Brother Fleischer served as the CEO of Alpha Epsilon Pi since 2018. A 1993 graduate of Kent State University and the Phi Deuteron chapter, he worked as an AEPi chapter consultant upon graduation before working as a fundraiser for UJA Federation of New York. He owned his own printing business on Long Island for nearly 18 years, during which time he was a volunteer chapter advisor and regional governor for AEPi and was elected to the Supreme Board of Governors in 2006. In 2013, Jim rejoined the fraternity’s executive staff as its assistant executive director and chief operating officer. In 2019, AEPi’s Supreme Council awarded Jim the Order of the Lion, the fraternity’s highest honor, for exemplary dedication and service to our fraternity.

Funeral services for Brother Fleischer are still being finalized but we anticipate them being held in Indianapolis on Tuesday, October 12. There will be an opportunity to view them online. As soon as arrangements are finalized, we will post them here.

In the short term, Rob Derdiger, AEPi’s Chief Financial Officer, will assume Jim’s responsibilities and continue to lead the fraternity operations with the ongoing guidance and support of the Supreme Board of Governors.

Until he took his last breath yesterday, Jim demonstrated his love for two things above all else: his family and AEPi. Our hearts go out to his wife, Ali, his sons, AEPi Brothers Ethan and Spencer Fleischer, and his daughter, Madi. AEPi will always be there for the Fleischer family, and we have already pledged to help support the family.

Jim’s love for AEPi was unmatched. Those of us who knew him well, knew that there was nothing that energized him more than having the opportunity to meet with undergraduate AEPi Brothers, to help them better themselves and their chapters. His commitment to AEPi’s mission, our Jewish communities and Israel are why he devoted his life to our fraternity. We hope that we all use Jim’s life as further inspiration to better our fraternity and our communities.

That would be the greatest tribute to Brother Fleischer that any of us can pay.

The AEPi Foundation is raising funds to assist the Fleischer family. More information can be found here.

Blessed is the one true judge. May Jim’s memory be a blessing for the Fleischer family and AEPi Brothers throughout the world and may they be comforted among the mourners of Zion and Jerusalem.