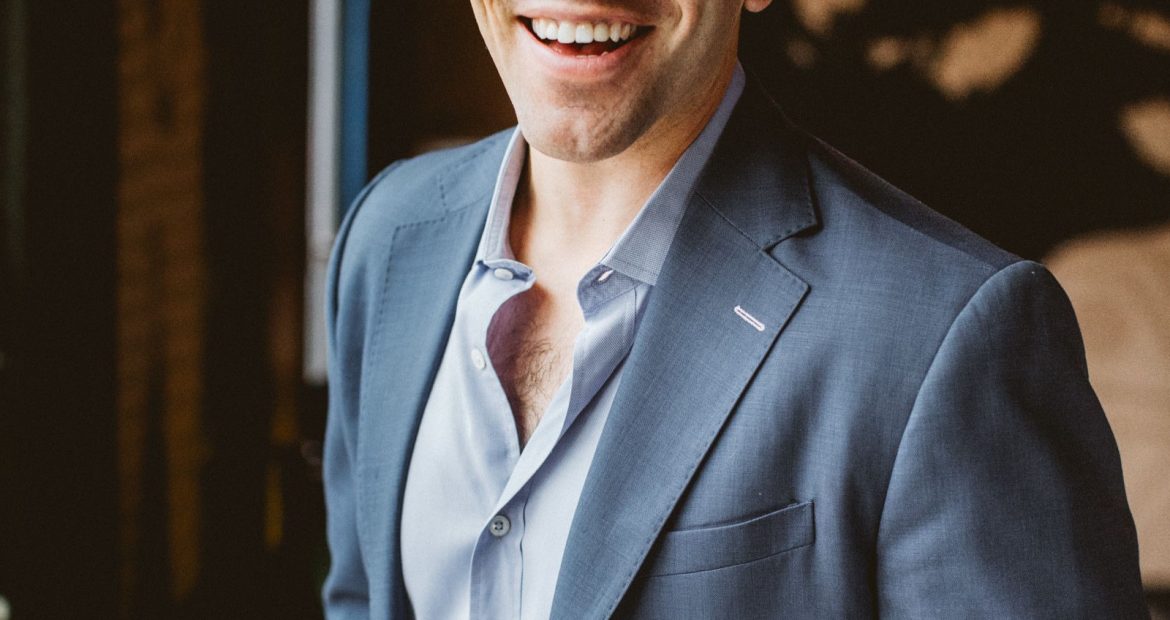 “Because of my relationship with AEPi and the connections that I have made through the fraternity, I have been able to meet, learn from and do business with people that I wouldn’t have had a chance to be in front of without the fraternity,” said this week’s Friday Piday, Brother Jeremy Smith (Illinois, 2008).

A native of the Chicago area, Brother Smith graduated from the University of Illinois in 2008 in the middle of a difficult economic time. “Everybody was in a hiring freeze. I was fortunate that I had a job offer to work in the finance department at Motorola.” After about a year and a half, he willingly stepped out of the corporate world and began looking for something else.

“At this point, I had about $5,000 in parking tickets and I realized that I needed to do something to solve my own problem,” he said. “That’s where the idea of Spot Hero first came. It was the beginning of the sharing community. I was, at this point, living through a couch sharing app and Airbnb. The parking tickets were building up, so I teamed up with a good friend and spent about a year and tried to figure it out.”

Spot Hero (www.spothero.com) started as a parking sharing app for people looking to park near Wrigley Field for Cubs games. If a property owner had space in their driveway or yard, they would list the spot as available, and a user could reserve the spot online through Spot Hero and park there. “The technology seems a little old today. People couldn’t see the spot or anything. We connected the Cubs schedule with a plug-in to Google maps. It was all peer-to-peer.”

“We were doing ok with this idea, but we quickly realized that our universe wasn’t big enough and that the Cubs schedule was going to end at the end of the summer. So, we decided to attack the downtown parking market where people park five times a week for an entire year instead of just a few times a summer.”

While some competitors were focusing on event parking, Brother Smith focused on everyday parkers by building an early version of a mobile app so people could look for and book available parking as they headed into the city. “We started to get some traction. We went from 10-15 users a day to a few hundred to thousands.”

“At this point, I was sleeping on a couch for three years while I rented out my apartment to make ends meet. I was tweeting at parking companies to give us a chance. We got one overnight parking spot at one lot and built that up to about 20 and then parking lot owners started seeing how our company could help their underutilized parking garages.”

After building Spot Hero up to become a major player in the Chicago parking market and seeing the company move into other markets, Brother Smith left the day-to-day operations and began looking to other opportunities.

After working on some other projects in technology and the crypto currency field, Brother Smith has now developed Equi (www.equi.com), a completely new take on wealth management. The site is set to go live in the next two weeks, and it already has an applicant list of 1,000 people who want to invest and be involved. “The idea is that equi gives you a family office in your pocket. Our site gives users the opportunity to invest in a diversified basket of investments at a fraction of the cost as an individual investor. These kinds of investments are usually reserved for billionaires, we are giving our users an opportunity to diversify their portfolios, reduce risk and increase returns.”

“I wouldn’t be where I am, and Spot Hero might not have happened if it wasn’t for AEPi. I met one of my closest mentors, Alan Lev (Illinois, 1982) at an AEPi conclave. We were both from the same hometown and hit it off. He became an early investor in Spot Hero and has also coached me on real estate investing.”

“I still keep in touch with a number of my AEPi Brothers…it’s good to see the guys in the business world and to hang out with them. During my three years at the Delta chapter, I may have been the only person to have lived in three different AEPi houses. I lived in the old house, the temporary house during construction in my junior year and then the new house in my senior year after I studied abroad.”

“I love to go to conclaves and chat with undergrads and other alumni. Some of those alumni have helped and continue to help me in my career. Having that AEPi network is very important to me.”