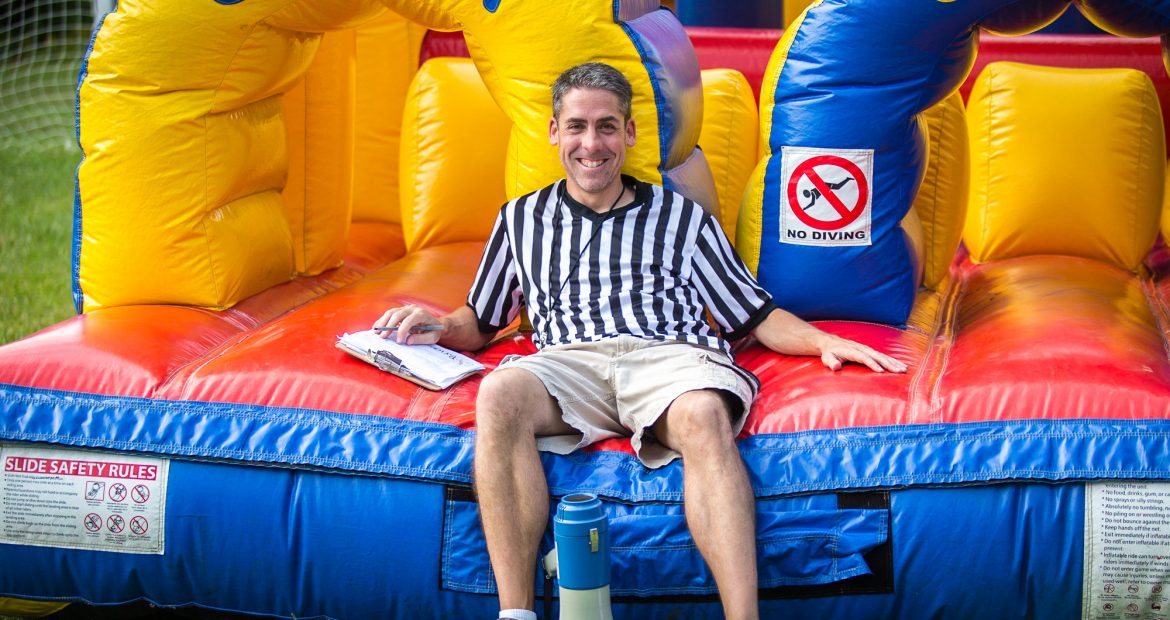 For many Jewish teens, sleepaway camp isn’t just a summer activity away from their parents. It’s a way of life. Many times, kids who age out of camp move on to volunteer, staff, or even run a camp. The impact that camp had on their Jewish upbringing is indescribable, and this was no different for Brother Brian Mitchell (Indiana, 1999). He grew up going to Camp Sabra in St. Louis before working at several Jewish overnight camps across the country. After primarily working with children, teens, and young adults in his career, he is excited to bring the camp experience to Jewish adults as the Program Director and LA Manager for Trybal Gatherings.

“Trybal Gatherings is unique in that it brings all kinds of people together, regardless of their camp or Jewish experience. So, whether you’re the type of person who missed out on the camp experience as a kid (we call these FOMOs), or had an amazing experience and want to do it again (the nostalgics), we have a place for you at Trybal Gatherings.”

Growing up in the St. Louis area, Brother Mitchell was heavily involved in Jewish life. He spent most of his days at the local JCC, attending day camp there in the summer or heading there to mingle with friends after school. “Camp taught me the value of community. I always felt like camp was where I found my happy place. I was always at ease, comfortable and more confident in myself there.”

A big contingency of friends in St. Louis chose to attend Indiana University for college. So, it was no surprise when he chose to go there. It was during this time that he found AEPi. “Before I even made it to IU’s campus, my friends and I knew we were joining. There were guys older than us in the fraternity who recruited us. I would say, next to camp, the fraternity experience was a defining moment in my upbringing. More so than my education. When I look back to college, several other things, including AEPi, come to mind first.”

His involvement in Trybal Gatherings came when one of his best friends, the company Founder and CEO, called him and said she needed to enlist his help. “She knew I was knowledgeable about camps because of my experience. It was a no-brainer when she asked me to work for them. I started as a weekend hire, but came on full-time in 2020.”

During the pandemic, Trybal Gatherings hosted virtual social events, retreats and trainings for various worldwide organizations. “We were living on Zoom in 2020, and got incredibly lucky because it turned out to be an incredible year for us. Being virtual allowed us to reach far more people on our couch than we probably could have in-person.” Now, Brother Mitchell is in the midst of planning four upcoming camp experiences. Two of them will be overnight (located in Berkshires and SoCal), and the other two will be one-day (located in Chicago and Atlanta). “This is our first time doing one-day camp. What would normally be incorporated into our four-day, three-night program will be packed into a single day. We’re providing bus transportation from Chicago to build community and excitement right off the bat. Participants will be split into smaller groups and take part in typical camp electives with a twist. While I don’t want to give too much away, expect a color war, competitions, and jam-packed day of fun events before you board the bus to go home!”

After finishing the program and returning home, Trybal Gatherings tends to be an onramp to Jewish life for participants. Each program is an immersive experience aimed at bringing people together. The goal is to help them find a community at camp so that they reconnect afterwards, just like when they were kids. “Our goal is connection and it’s incredible seeing camp alumni reconnect or organizing events on their own without our help. It makes all of the sleepless night planning and putting together our program worthwhile.” Brother Mitchell will sometimes spend 18-20 hours per day recruiting and hiring staff and vendors, engaging with campers and alumni, planning program logistics, and setting up virtual events. He loves being able to create exciting electives and evening programs for participants. Sometimes planning involves little sleep, or sleep in beds that may not be comfortable, but he wouldn’t trade it for anything in the world. “Knowing I had the littlest piece of creating this experience for people is rewarding. They want to walk away feeling like they’re a part of something bigger than themselves and I get to bring that feeling to them. There’s always a moment of sadness when camp ends because all of the weeks of hard work you put in is over. As soon as it is, though, you get to immediately start planning the next one and the energy comes right back.”

“It’s the community that always draws me back to camp. I wouldn’t’ be who I am without my camp experience. Working at different camps on the East Coast, West Coast, and in the Midwest and Southwest got me to the point where I am now. If you’re passionate about something, whether you’re trained and educated in it or not, do what you love. If what you’re doing doesn’t give you happiness, find something that does. For me, that was summer camp and I’m happy to be where I am.”

You can check out Trybal Gathering’s upcoming trips and register to attend on their website.