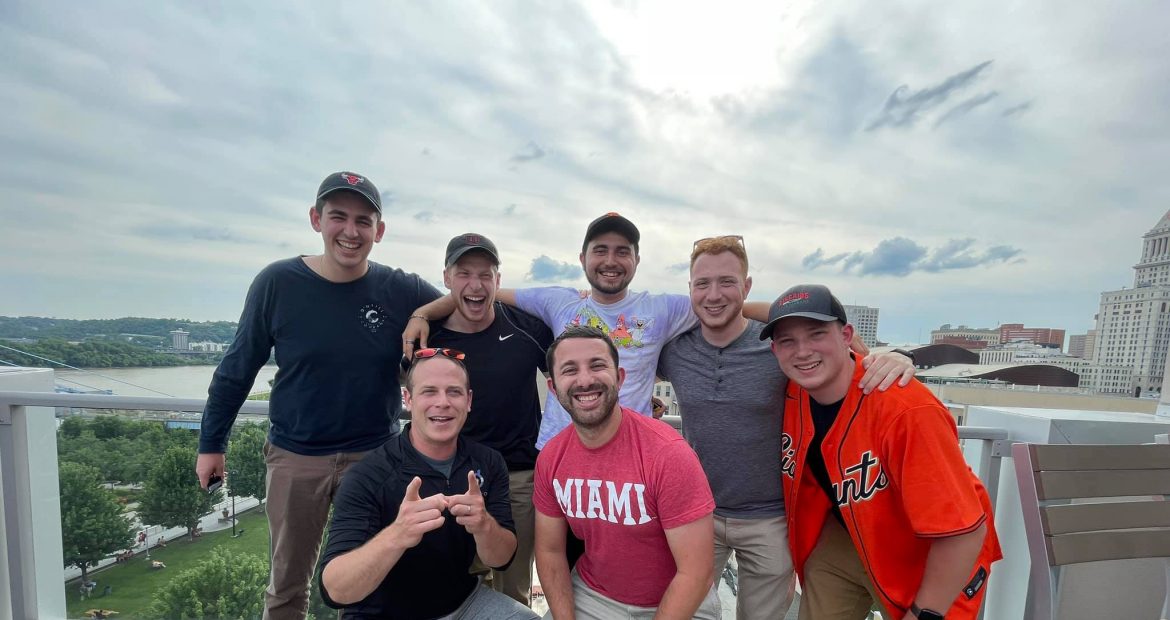 The photo above was taken when some of the Chapter Services team traveled to Cincinnati this summer to catch a Reds game at Great American Ball Park.

Last year during the pandemic, our staff was forced to work from home out of an abundance of caution for their health and safety. For the first time in AEPi’s history, our Educational Leadership Consultants (ELCs) were stationed at Headquarters in Indianapolis for the entire academic year. Chapter leadership learned to lean on their ELC for help via Zoom calls and everyone adjusted to the “new normal.”

Now, one year later, our consultants are looking forward to hitting the road again. In the next few weeks, they’ll be traveling to your chapter or a chapter near you. They’ll spend hours driving on the road and taking calls, all to catch some shut eye on a couch for just a few hours before waking up and doing it all again. They do this because they care about you, Brothers.

So, take a moment to get to know this year’s group of ELCs. They’re the ones tirelessly working to ensure your chapter or colony’s success throughout the year, and will always be there for you when you need. This is your opportunity to connect a face to the name. 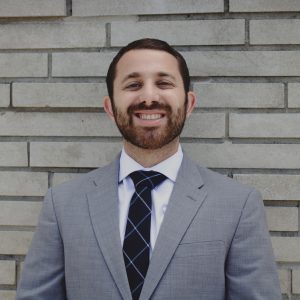 This is Jason’s eighth year on the job. He’s served as an ELC, Director of Chapter Services, and is now AEPi’s Regional Director. You’ll find him visiting chapters in Michigan, Ohio, Indiana, Tennessee and Arizona this year. Brother Kirschtel is from New City, NY and went to the University of Buffalo. After joining AEPi, he served as Master, Lieutenant Master and Rush Chairman.

He’s excited to see Vanderbilt’s campus while on the road, and looks forward to visit Pittsburgh and do some sightseeing in his free time. If you find him on your campus, be sure to show him to the nearest store where he can buy a Koozie branded with your school’s insignia. He has collected one from every campus he’s visited. When relaxing, catch him watching Wedding Crashers and eating mac & cheese since those are two of his favorite things. 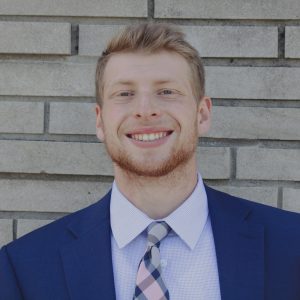 Brother Leveen is a first year ELC who will be overseeing AEPi’s Central Region. Alex is from Camas, Washington, but ended up going to school on the other side of the country at the University of Tampa. He was the Exchequer and Rush Chairman of Tau Phi.

When he isn’t working up a sweat at the gym, you can always find him chowing down on a Chipotle burrito bowl with extra chicken. He was involved in BBYO as a teenager. So, strike up a conversation if you were part of a youth group, too. Don’t let his physique fool you, he loves to eat cosmic brownies by the box. His dog, Coco, is his entire world and he can’t wait to see her again. One of the largest AEPi regions to travel, Alex is looking forward to seeing the University of Missouri’s campus, or spending some free time exploring Austin, Texas. 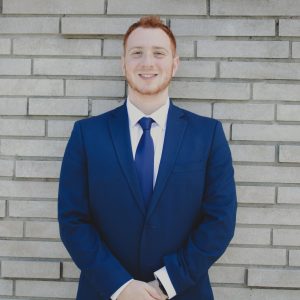 Morgan is returning for his second year on staff, and is excited to have the West Coast Region again this year. Because of COVID-19, he never got to see his chapters in-person or visit anywhere. So, he’s bubbling with excitement to get on the road. Brother Mattler is from Bloomfield Hills, Michigan and went to Grand Valley State University. He was a founding father of Delta Gamma chapter, and served as the Lieutenant Master and then Master.

It’s no secret that he can’t wait to cruise up and down the Pacific Coast Highway, but Brother Mattler also looks forward to spending some free time at the lavish beaches, and can’t wait to visit UC Berkeley’s campus! He joined AEPi as a founding father because he saw the opportunity to grow Jewish life on his campus, and wanted to take advantage of the leadership opportunities that were available because of AEPi. He decided to become an ELC after graduating because of the staff that came before him. “AEPi has done so much for me, helped me grow as a leader and opened up countless leadership, networking and travel opportunities. To say I’m excited to give back for a second year is an understatement.”

Fun fact about Brother Mattler: Ariana Grande follows him on Twitter. Don’t believe him? Be sure to ask the next time you see him. You can talk about it over a game of Chel (NHL) or during dinner at the best local Mexican spot (he loves burritos)! 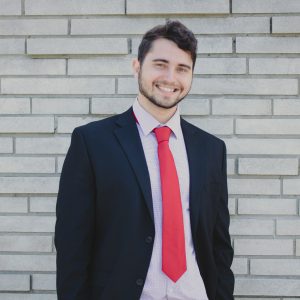 We’re not joking when we say that Brother Medalie may be the best at Super Smash Brothers Ultimate. No, seriously. Try to take him on solo and you’re sure to lose. He openly wants people to challenge him when he’s visiting chapters in the Northeast Region (New York, Vermont, Connecticut, Massachusetts, and Rhode Island). This is his first year as an ELC and he can’t wait to visit the mind-blowing scenery in upstate New York and Vermont in his free time. He’s from Parkland, Florida. While he can’t wait to meet all of his chapters, he’s especially excited to see Cornell’s campus since that is AEPi’s Beta chapter.

Matt went to school at the University of South Florida, and served as Brotherhood Chairman and Master during his time. “I joined AEPi to break out of my shell. Little did I know that I joined a Brotherhood that truly spoke to me. It became shockingly clear that I could change the world through AEPi and I jumped on the opportunity.”

He has an extreme sushi addiction. His favorite food is Japanese, so sushi and noodles are key to his sanity. If you know any good spots on or around campus, be sure to let him know. 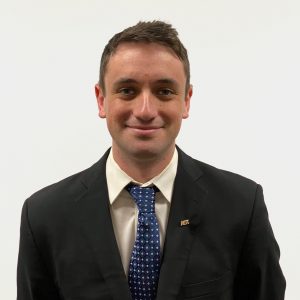 Even though he grew up in San Diego, California, Brother Mualim is excited to take on AEPi’s Canadian Region in his first year. He graduated from the University of Toronto, so he’s familiar with the Brothers and chapters there. He can’t wait to travel through British Columbia, and he’s excited to visit the University of Guelph’s campus in the fall. While in the Tau Omega chapter, he served as Master, Lieutenant Master, Brother at Large and Social Chairman during his time. He’s excited to help educate the future generation of Jewish leaders on Canadian campuses.

An interesting fact about Brother Mualim: he’s lived in three different countries (Israel, USA and Canada). He loves Shabbat because it brings the entire family, and anyone he’s with, together in a great weekly tradition.

Be sure to point out the closest Panda Express when he’s visiting your campus, because that’s his favorite food. The force is strong with this one. So, if you love Star Wars, Idan is happy to strike up a conversation about it. Any USY alumni out there? If so, talk to Brother Mualim since he was in the youth group growing up. 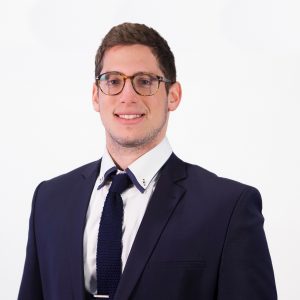 Sani is starting his fourth year on staff with AEPi. He’s been overseeing our chapters in the U.K. and Israel. He was born and raised in Istanbul, Turkey. He attended school at the Interdisciplinary Center (IDC) in Herzliya, where he found AEPi. He’s thankful for the multitude of opportunities that the fraternity provided him as an undergraduate, and looks forward to repaying AEPi for all it gave him. He’s done a fantastic job with our chapters across the pond and in the land of milk and honey. 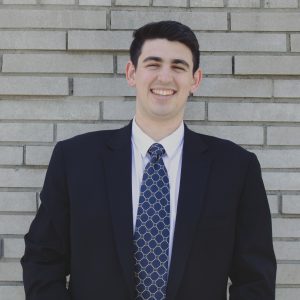 Brother Saville can’t wait to hit the road for his first year. He’ll be traveling through AEPi’s Mid-Atlantic Region. From Carlsbad, CA, he’ll be a long way from home but that doesn’t mean he isn’t excited to explore his region. He can’t wait to see Philadelphia this year, and is stoked to have an opportunity to visit New York University’s campus since that’s our Alpha chapter. While attending the University of California – Riverside, he was the Master and Sentinel, and held some other minor roles.

Garrett is a sports fanatic. His favorite teams are from Chicago and Seattle, while his favorite athlete is past SuperSonic player Russell Westbrook. He loves Passover solely because he always finds the Afikomen before his biological brother. If you’re a Marvel Universe fan, Brother Saville loves watching Avengers: Endgame. If you’re looking to take him out on a date, his favorite food is Italian, but he’s a sucker for a mac & cheeseburger. 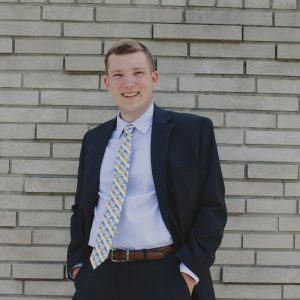 Ian is returning for his third year on staff since interning with AEPi (they grow up so fast)! He’ll be taking over the Southeast Region and is looking forward to visiting the University of Georgia’s campus, and checking out places like Tampa, Atlanta, Alabama and Miami in his free time. Brother Scheiman went to California State University – Chico and served as the Lieutenant Master and Social Chairman in his time.

During the pandemic, he built a gaming PC and loves to play Fortnite with AEPi’s Director of Leadership Development, Kyle Whitlock. Ian can cook a mean steak if he’s given the chance to run point as grillmaster, but he also enjoys seafood since he’s from San Francisco, California. If you want to get on his good side, offer him a frosted Pop Tart or ask him if he wants to watch Step Brothers.

We can’t thank these Brothers enough for their dedication to AEPi, and their hard work to make our chapters better every day. Best of luck on the road!