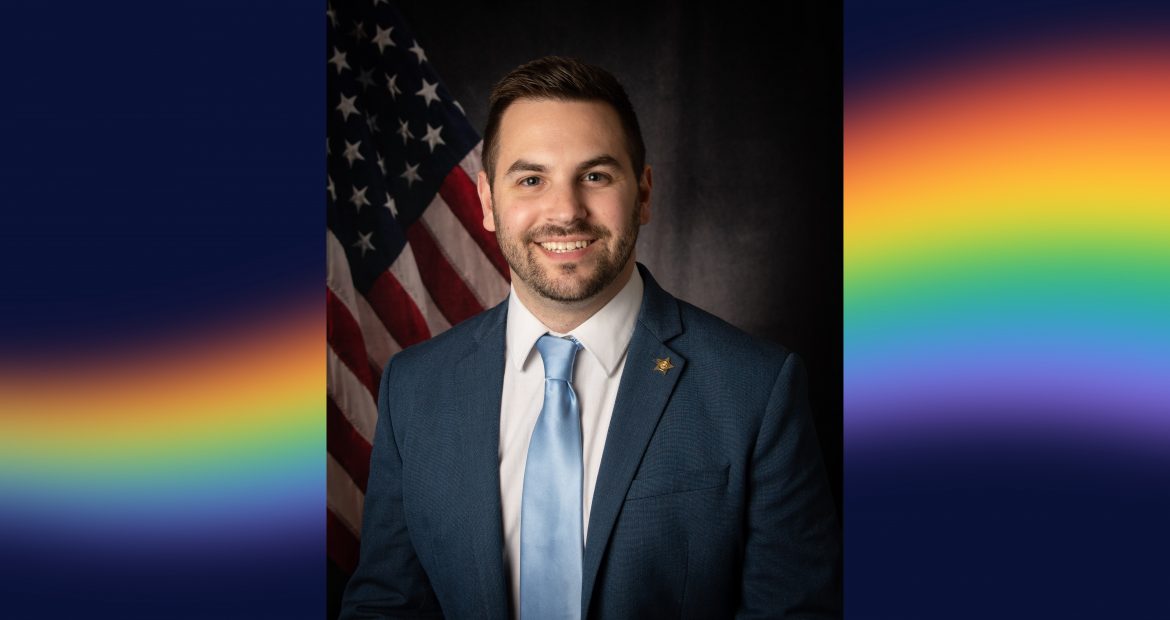 The author Alice Walker once wrote, “No person is your friend who demands your silence or denies your right to grow.” In AEPi, we believe that same sentiment extends to Brotherhood. Brotherhood is about acceptance, inclusion, and personal growth for all of us. During this Pride month, we have featured a number of our AEPi voices with dynamic stories about both their and their Brothers’ growth.

In the end, this is what AEPi is really about. We can be as different as night and day. We can come from different Jewish backgrounds or be from any chapter in any corner of the globe. But, we can celebrate these differences while we bond together to build our mission – the development of the future leaders of the world’s Jewish communities.

We are proud. Proud of our Brothers who have the courage to tell themselves and the world who they are and just as proud of our Brothers who can celebrate and amplify their Brotherhood’s differences. We’re proud of the change we are making in the Jewish community and in our world. Pride, as we say, is an AEPi value. We are proud. We are #ProudtobeaPi 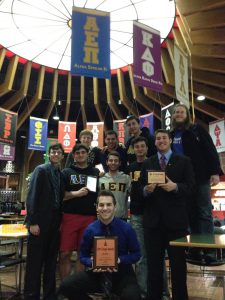 After graduating from the University of Illinois – Chicago in 2014, Brother Mike Milstein (Illinois – Chicago, 2014) has focused much of his career in the government/public sector while also working on some political campaigns. “My most notable campaign experience was working for Rahm Emanuel’s mayoral campaign (in Chicago) in 2013.” By 2016, he was working in the Mayor’s office as a policy assistant and then a policy advisor/analyst on the public safety team. “This was at the very beginning of the national police reform efforts. I was just thrust into this whole new area of public safety, working on police reform and violence reduction.”

“I started at CPD almost exactly two weeks before the George Floyd murder in Minneapolis. It was supposed to be a temporary detail, but I was asked to stay on as a Deputy Director for Community Policing. I focus on finding ways to productively engage with communities around the reform efforts that CPD is making around Chicago. I try to give voice to the community and the public about the way they want to see policies changed. It’s a way to be more inclusive and a way to bring more voices to the efforts.”

“Even when I was in the Mayor’s office, I was working on getting a dedicated LGBTQ+ liaison within the police department. It’s really important to me – as a member of that community – that we have a role. When I came to CPD, this was very important to me and I found that I had the support of leadership at CPD to establish that role.”

In fact, CPD asked Brother Milstein to expand the role and there are now six liaisons for the LGBTQ+ community at CPD. “In my role as deputy director I led the development of this initiative, the invitations and selection of those people and now I oversee those six.” The liaison program has expanded to also include similar outreach to the immigrant community, religious minorities and those experiencing homelessness. “Obviously, we’re concerned about the hate crimes – like antisemitism – that are on the rise in the community.”

“There’s a lot of perspectives and opinions about the future of policing from police officers and members of the community in terms of police reform. I have found that there’s actually a lot more that both sides agree on than most might think. The overall long-term goals of the police and the community are more aligned than most think. Having positive and productive dialog between the community and the police will go a long way to help everyone see the similarities and not just the differences.”

“A big part of reaching out to the LGBTQ+ community is based on our own experiences, not just mine but the other liaisons. We can reach out to our own organizations and communities and try to repair or rebuild positive and productive relationships. We can’t solve all of the problems overnight, but we can begin to repair the relationships.”

A native of the Buffalo Grove suburb of Chicago, Brother Milstein never thought he’d join a fraternity. “It just didn’t feel like my vibe but the rush team at AEPi pulled out the Jewish card and told me that I needed to support the Jewish community. I joined and was an active Brother all four years of college.”

AEPi was a huge part of my college experience but also a big part of my journey to recognize and identify my own sexuality. I didn’t come out of the closet until my freshman year of college. You know there’s that stigma of being afraid to come out to your community, especially a group of all straight men in your fraternity. But, when I told them and talked with them they were all incredibly supportive. 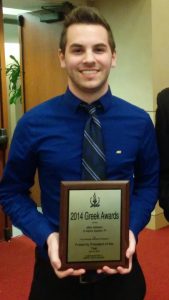 “I wouldn’t change anything about my AEPi experience. Despite not wanting to be in a fraternity when I got to college, I became the president of our chapter in my senior year…clearly something worked!”

“Knowing that I had a Brotherhood of people who may not have the same experiences as me but were willing to be open and supportive of me and my journey, allowed me to be more comfortable about myself in the context of the larger community.”

And, now, Brother Milstein is using those same lessons of listening, accepting and bridge-building in his job working with his community to build a better and stronger Chicago.