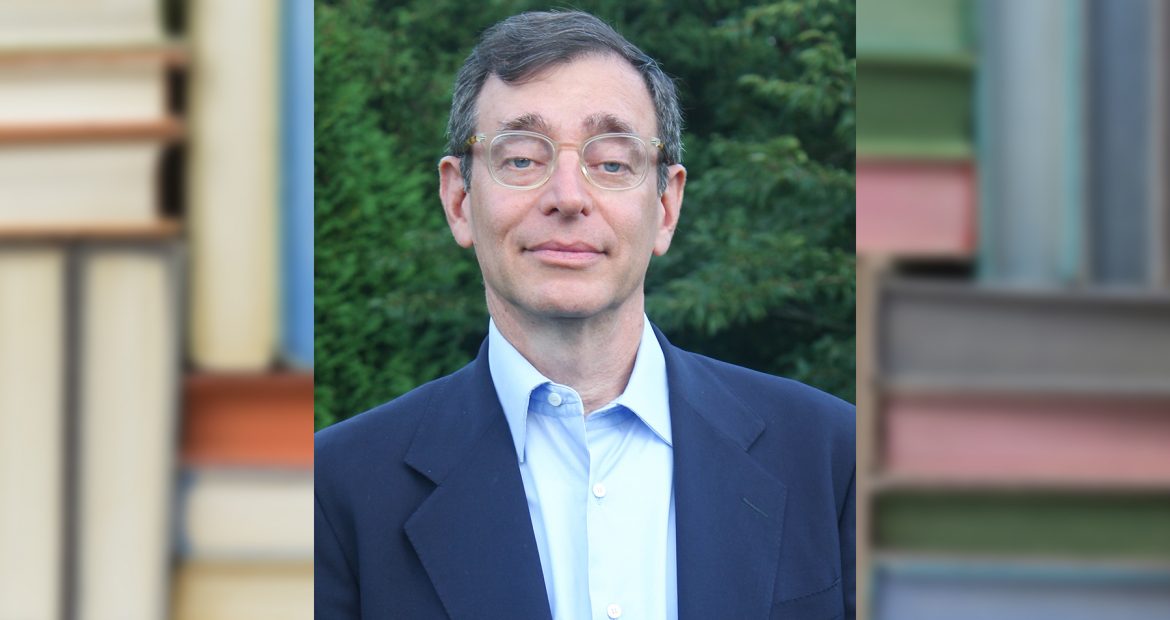 Want to learn more about Brother Seth Siegel? Join the AEPi Foundation for a Zoom session with him on Thursday, July 15 at 2:30 PM EST. Register for the event here. Brother Siegel will be going more in-depth about his career as a writer, and will happily answer questions you have for him. We hope to see you there!

“I’ve had a pretty convoluted career path,” said Brother Seth Siegel (Cornell, 1974). “But I think I’ve ended up in a great place.”

Upon graduating from Cornell (and AEPi’s Beta chapter) in 1974, Brother Siegel spent a year studying international relations in Israel and worked a variety of jobs, including a stint at the Jerusalem Post in the book review department. He came back to Cornell and attended law school and began his (first) career as a lawyer.

I worked at a law firm for about six years and had a good idea for a business, so I left the firm – about a year away from being made partner – and started a marketing firm to help corporations license their names and likenesses for other products. That business – Beanstalk – became the world’s leading trademark brand extension company. Thus, began career #2.

“After about 20 years of doing this and having all kinds of ups and downs, Ford Motor company called me up and asked me if I was interested in selling my business. Ford’s CEO wanted to bring me in to their management team to help them.” Events occurred and the position didn’t develop the way he initially thought it would, but it did give him some security and some freedom to find his next passion. Brother Siegel was ready for his next career.

“That allowed me to do what I really wanted which was Jewish communal work. For the next many years, I was basically a full time high level Jewish communal volunteer.” Brother Siegel became deeply involved in AIPAC and Israel advocacy.

“I began to think that we were doing a disservice by not telling the larger story of Israel. Not just the threat assessment…but also the gift of Israel to the world, the technology and so forth. I looked around and realized that, with the issue of water scarcity growing in people’s minds, Israel had become a water miracle or certainly a water superpower.”

After discovering that there had never been a book detailing Israel’s water technology, Brother Siegel began his next career as an author and a speaker. “I had no background as a writer other than an op-ed or something I did for the campus newspaper. But, I said I’ll try it. The worst thing that could happen is that I fail.”

The book – Let There Be Water: Israel’s Solution for a Water-Starved World — came out and became a New York Times best seller and got translated into more than 20 languages around the world. “It’s the greatest Cinderella story you’ve heard. The book comes out and is successful and launches me into a speaker series where I talk in front of hundreds of hundreds of audiences and my publisher got excited and wanted me to write more books. For me, though, it’s gotten me to do what I love. I’ve been able to get involved in policy conversations with heads of state and parliaments in a number of countries. I’ve helped six different U.S. Governors with water planning policy using Israel as the model. It’s allowed me to tell audiences – both Jewish and non-Jewish – a great story about Israel. It’s not about war or terrorism. It’s about overcoming nearly insurmountable obstacles and looking over the horizon at issues that Israel and the world is going to face and seeing how to solve those challenges so that society doesn’t get harmed by it.”

Brother Siegel’s second book, Troubled Water: What’s Wrong with What We Drink, presented an ambitious agenda for a fundamental rethinking of America’s drinking water system and took him around the country to talk with policy experts and Americans struggling to source and protect America’s water supply. All of the proceeds of all of Brother Siegel’s books are donated to charity.

It has been quite a journey for the one-time 16-year-old freshman at Cornell who professed, “I am one of these people who has sleepwalked through most of my life…until I got to Cornell and AEPi.”

“I had no thoughts or plans of joining a fraternity. I didn’t really even know what a fraternity was. I was 16 when I started at Cornell. I was younger and skinnier and smaller than just about everybody. I was later told that I was the youngest student my year.” 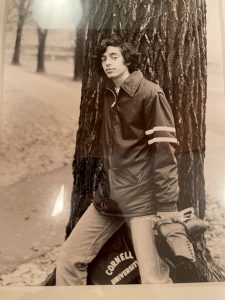 After being prodded by his freshman roommate to join a fraternity, he entered the recruitment process. “I started going around to the other fraternity houses. Most of them were as alien to me as Mars or Jupiter but then I walked into AEPi and most of the guys seemed somehow familiar. It didn’t dawn on me until later that it was because they were all Jewish! So, I decided to try it. I lived in the house my sophomore house and I was being encouraged by a professor to study my junior year at the London School of Economics. But, I ran for the office of House Manager because, at the time, the House Manager got free room and board and I thought that sounded like a great thing. So, I won and decided not to go to London so that I could spend my junior year living in the AEPi house, in Ithaca, with free room and board. I would advise anybody else not to do it this way!”

“I developed a lot of very warm friendships in AEPi that last until this day. Having been an officer in AEPi got me started in leadership. I was recruited by the house to serve on the IFC. There were 52 fraternities at Cornell then and it was an out-of-body experience for me to serve on the IFC board with some of those guys. They all had cars and I didn’t even have a driver’s license until I was 19!”

Brother Siegel’s latest project is a motivational book in in which he shares nearly 1,200 inspirational quotations that are organized into many categories reflecting nearly every life issue and opportunity. The book is available now and is a perfect graduation, or Father’s Day, gift. 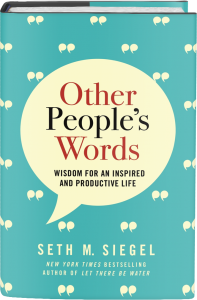 Photo of the cover of Brother Siegel’s latest book, Other People’s Words

“I didn’t want to do a reference work, sort of a Bartletts. But, then, COVID hit, and we started looking at doing a different kind of book, an inspirational book using these quotations that have shaped and inspired my life. That became Other People’s Words: Wisdom for an Inspired and Productive Life. I organized the quotes around 11 master categories and 200 sub-categories.”

The book brings together moving, beautifully worded ideas from the ancients to the moderns and from the famous to the unknown to motivate, to teach, to heal—and to inspire. As we go through 2021, that’s something very much needed,

“Jewish life has always been very important and after I left Cornell I was always involved in Jewish life and that always kept me in touch with AEPi. I’m grateful for that and for my AEPi experience.”