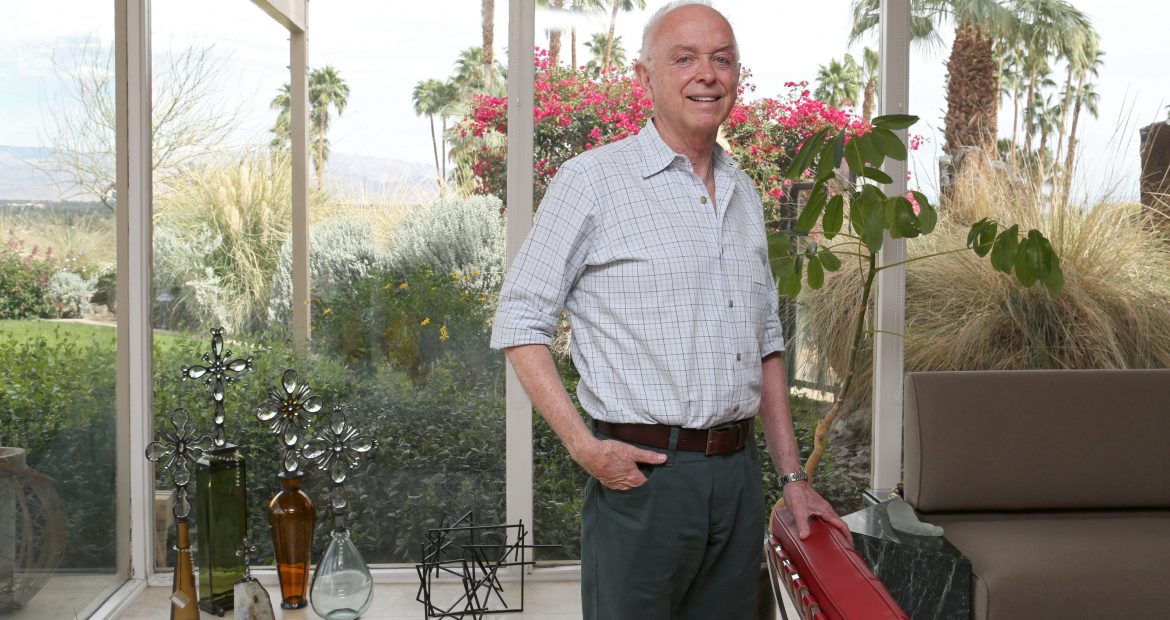 Want to learn more about Brother Stephen Lachs? Join the AEPi Foundation for a Zoom session with him on Wednesday, June 23 at 2:30 PM EST. Register for the event here. Brother Lachs will be going more in-depth about his career as a judge for the Los Angeles Superior Court, and will happily answer questions you have for him. We hope to see you there! 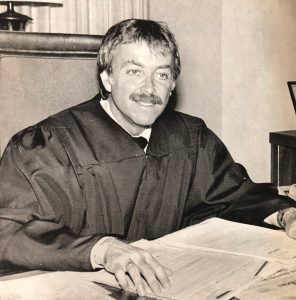 When Brother Stephen Lachs (UCLA, 1960) was appointed as a judge of the Los Angeles County Superior Court in September 1979 by Governor Jerry Brown, the news splashed across headlines on papers around the globe (see the LA Times’ coverage below). Brother Lachs was the first openly gay judge appointed in the United States, and possibly the first in the world to be appointed at the time. While humble about the historical importance of his appointment, there’s no question that this was a pivotal moment in U.S. history. This landmark decision by Governor Brown not only paved the way for Brother Lachs’ future, but also the future of the LGBTQ+ community for generations to come.

“The LA Times story about my appointment called me an ‘avowed homosexual’, so you can imagine how different the times were. Everything has changed so much since then. Now, if a gay judge is appointed, people barely bat an eye because it’s much more common. However, at the time, this was big news.”

Mail started pouring in from people around the world. People wrote to Brother Lachs, telling him how their lives were positively affected by this decision. “It moved me to read these letters. You could tell by the tone in each letter that many of these people didn’t know whether they had a chance in life, if they could really achieve anything or have a stable career while being openly gay.” Brother Lachs’ appointment showed them that this was possible. 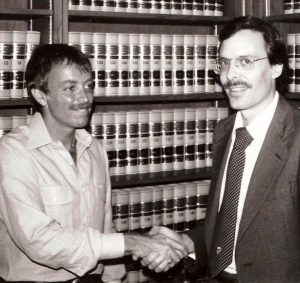 He didn’t fall into this opportunity by chance; he worked hard for four and a half years as a commissioner to the LA County Superior Court. A commissioner’s duties are similar to that of a judge. Since he had the background of a judge and knew plenty of people in the court system already, it was a logical choice for Governor Brown to choose Brother Lachs for the open position in 1979. “I loved my career and spent most of my time in family law, handling divorces. When deciding things like child custody, or who gets what in the divorce, you’re affecting human lives and it’s crazy to think that me, Stevie from Brooklyn, was deciding people’s futures.” After serving as a judge for 20 years, he retired from the bench in 1999. He went into private practice and was tapped to handle high-profile cases like Janet Jackson’s divorce and Michael Jackson’s custody case.

While he never faced any major problems with discrimination in court, he recalls a story that impacted his view on how people’s opinions of the LGBTQ+ community can change over time:

When I first started, the court I was assigned to had a younger guy as my bailiff. For the first several months in court, he completely ignored me and wouldn’t acknowledge me. By the end of my second year, we started having small talk and became more friendly with one another. When I was transferred to another court, I’ll never forget the day he walked into my chambers and gave me a blown glass scales of justice as a going away present. He told me that when his sergeant first assigned him to my court, he didn’t want to work with me. It was only after spending time with me and getting to know me that his opinion completely changed. Now, we’re still friends and keep in contact. It was a wonderful moment that taught me so much about how getting to know someone can make a difference in their perception.

Brother Lachs didn’t know he wanted to go into law when he started at UCLA in 1956. His family had moved to Los Angeles when he was 16, and the school was a two-minute walk from his house. “When you don’t know what you want to do in college, you become a poly science major. Then, when you graduate, you either teach or go into law. I fell in love with the career in law school at UCLA.” He met his AEPi Brothers while attending UCLA as an undergraduate, and instantly made a connection with the chapter. “When we moved to LA, I was pretty much alone. Most of my friends were in New York and, back then, we didn’t have the technology to keep in touch. It was difficult for me. So, when I started at UCLA and joined AEPi, that changed everything for me. I went from knowing no one to having three dozen Brothers. I was plunged into the middle of a family and didn’t feel alone anymore.”

There’s definitely room for improvement in society’s acceptance of LGBTQ+ people today, but Brother Lachs believes things have changed tenfold since he was younger. When he attended UCLA in 1956, no one was open about their sexuality. “We didn’t have TV shows with gay characters, or newspapers that covered topics about our community. People just didn’t talk about it like they do now. It wasn’t part of the culture.” His involvement in the LGBTQ+ community didn’t really take off until after law school, when he joined the Gay Community Services Center (now the Los Angeles LGBT Center) board of directors in 1972. “My name was put on the letterhead, so my sexuality was no longer a secret at that point. Prior to my involvement with them, I was heavily involved in the LA Jewish community, doing things with the Jewish Federation and Jewish Big Brothers Big Sisters. When the gay community of LA started becoming active, I told myself that the Jewish community would do well enough without me and the LGBTQ+ community needed my attention. So, I decided to shift my efforts to them.”

He stepped down from the board of the Gay Community Services Center after a close friend asked him to help with the AIDS Project Los Angeles (APLA) during the HIV/AIDS epidemic of the early 1980s. “That was an extremely difficult and tragic time for anyone who was in our community. I remember a friend of mine, who was a doctor, telling me it was a maximum of 18 months to live after diagnosis. It was staggering to see so many people dying; I believe we lost at least 150 friends. I was with one of my closest friends when he died. No one knew what caused it, or how you got it. People were afraid to touch each other or do anything. It was eerily similar to what we just experienced with last year’s pandemic.”

Reflecting on LGBTQ+ history and where we are today, Brother Lachs said, “It’s strange, yet absolutely wonderful, to think that my fraternity has so many openly gay Brothers today. If there’s one thing I’ve learned, it’s that you should never be afraid to be who you are. I know that people are still afraid for their careers today, and that young people still face hostility with their families when coming out. You’ve just got to live your life. You may have to walk away from people but be honest with yourself and find support from others. The pride marches and Pride Month are important but changing the minds of others is more powerful. Coming out is the most important thing our community can do.”

Feature photo is courtesy of Brother Lachs and Desert Sun. 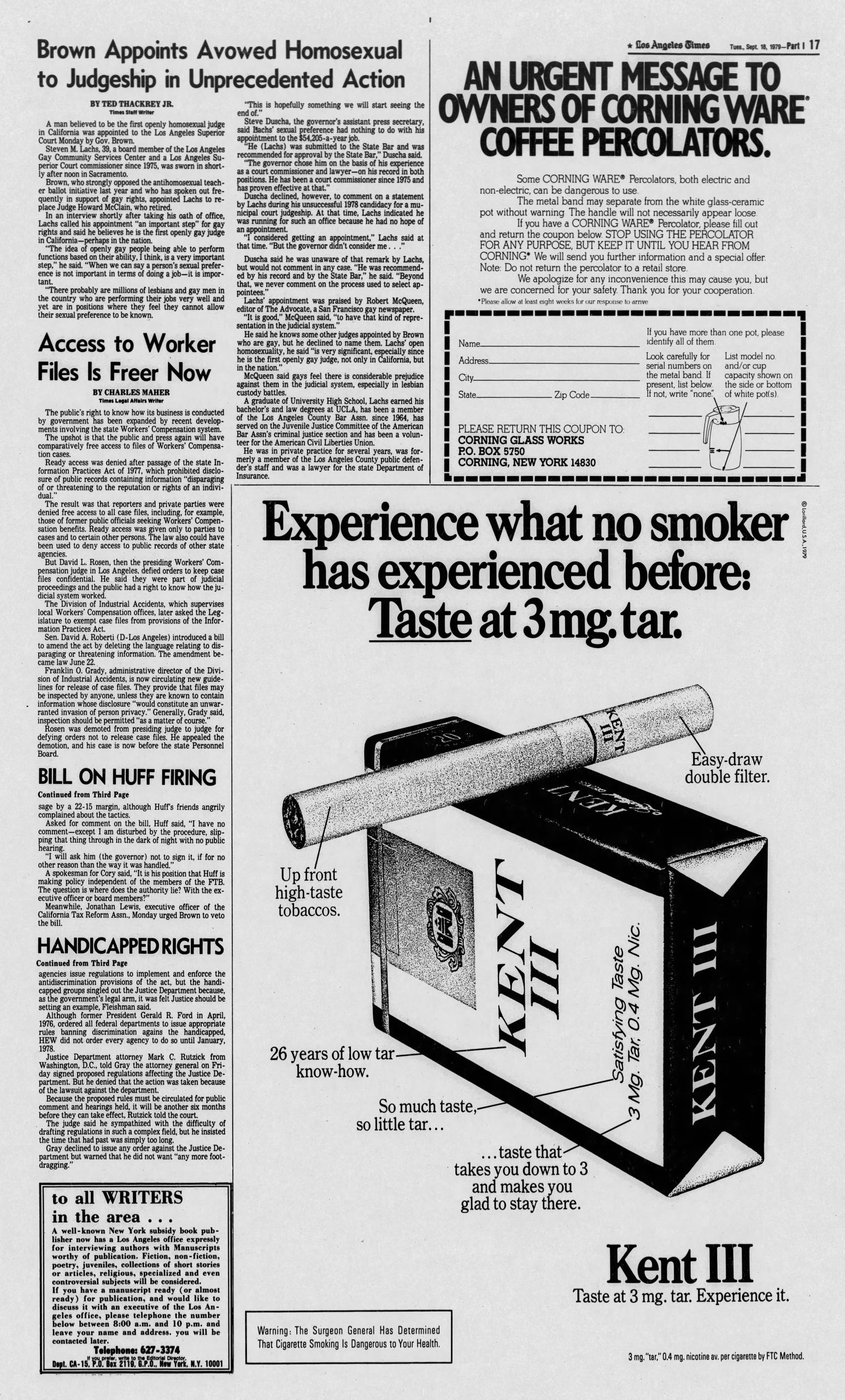 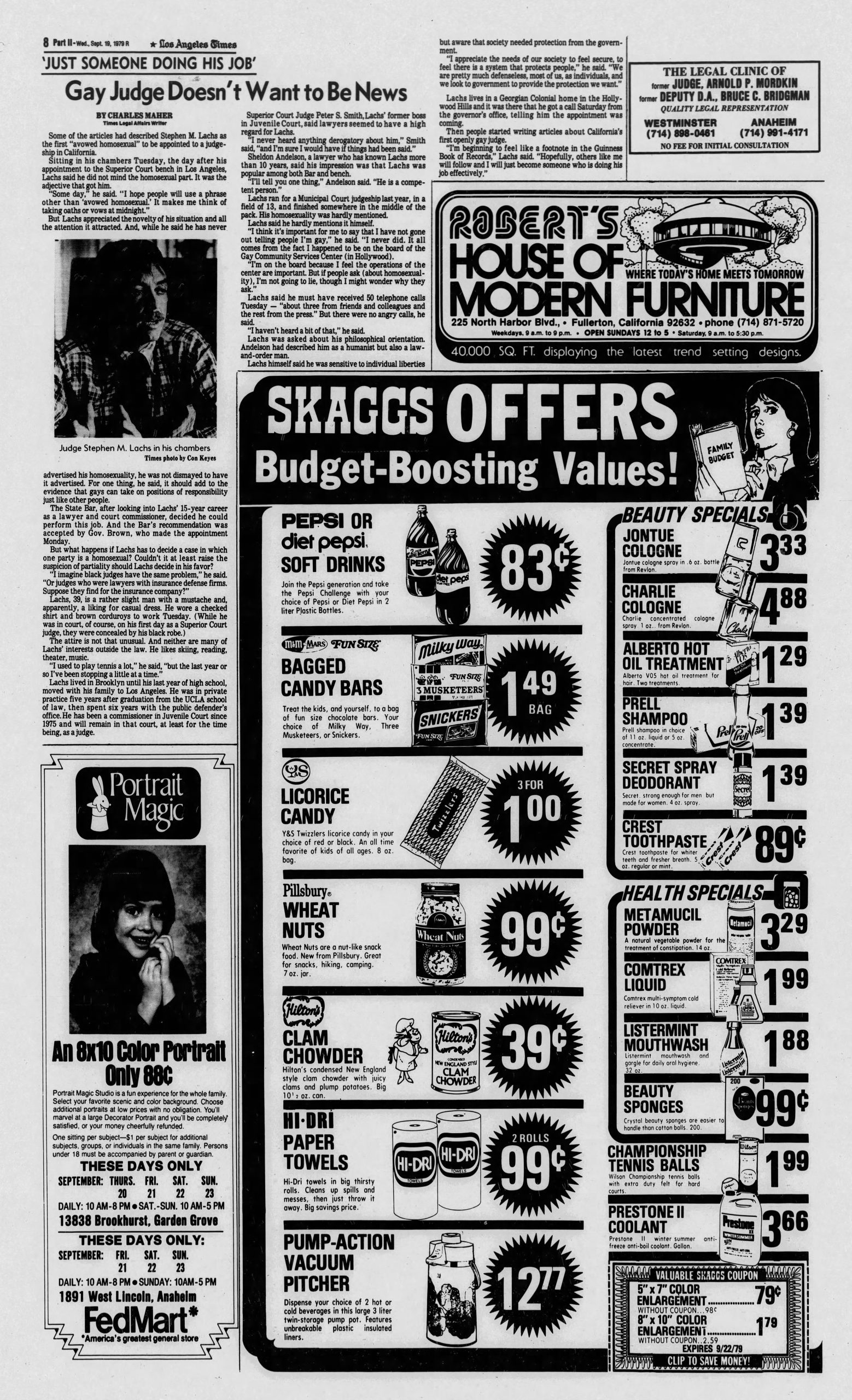