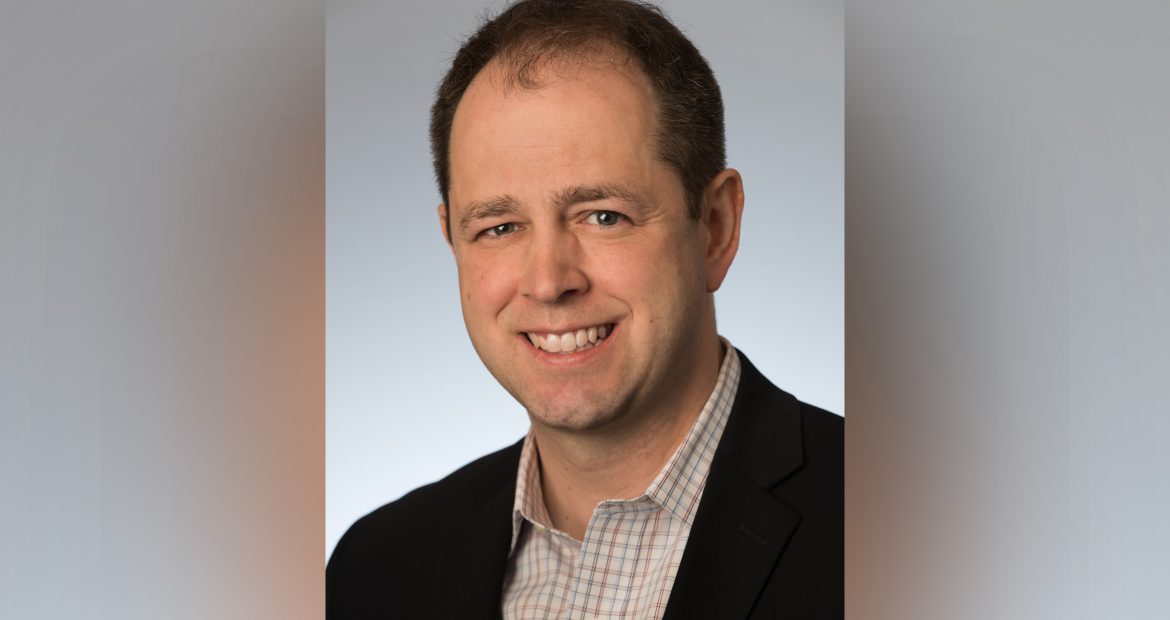 “In 46 years,” Brother Dan Elbaum (Illinois, 1996) likes to joke, “I’ve moved one mile.” But, throughout his career, he’s moved quite a bit and today he’s one of the leading Jewish professionals in North America.

After graduating from the University of Illinois College of Law, Brother Elbaum became an assistant state’s attorney in Cook County (Illinois). From there, he began to work in the counsel office at the Anti-Defamation League’s (ADL) offices in Chicago. “I was working as a civil rights attorney and thought I could see my career from there. The Development Director at ADL was leaving, and he told me I should apply for his job. I had no involvement at all in that department and I wasn’t at all interested. I actually got confused and was defensive. He explained two important things to me: ‘Development people make more money and if you really care about an organization, you have to fundraise for it.”

“That was a big moment for me when I took on that role. I was committing in my mind to being a part of the Jewish community. I owe a lot to him for pushing me in this direction. I promptly rewarded him by leaving a short time later to become the director of the American Jewish Committee in Chicago.”

As the AJC’s Chicago director, he oversaw regional offices throughout the area and honed his management and communication skills. He was eventually named the Chief Advocacy Officer for AJC, overseeing marketing and other departments while coordinating efforts between AJC offices.

“Sometimes, unfortunately, we focus on the negative – the antisemitism and the hate that is out there. I just read about the Yom HaShoah vandalism at AEPi’s Rutgers house, for example. But the way that AEPi responded made me so happy. We have students who are proud to be Jewish and proud of Israel. I’m particularly proud that my fraternity has embraced Israel advocacy from the top down.”

Brother Elbaum credits his undergraduate AEPi experience with helping set him on this path. “I joined AEPi because of summer rush. I was involved in BBYO in high school so I always expected I would join a Jewish fraternity. A good friend of mine joined AEPi and connected me to the guys and I had a ‘nice’ time, and the rest is history.” 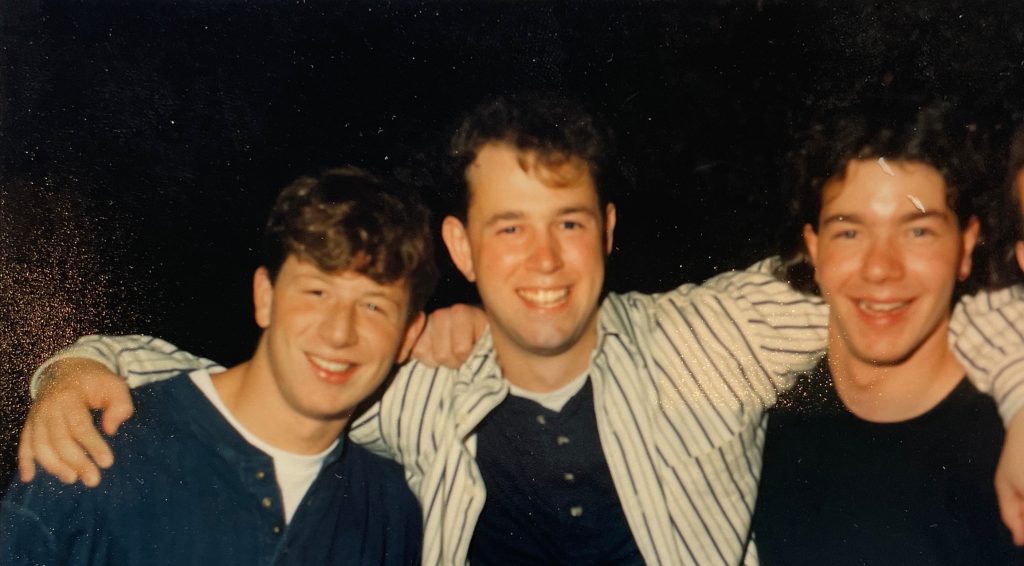 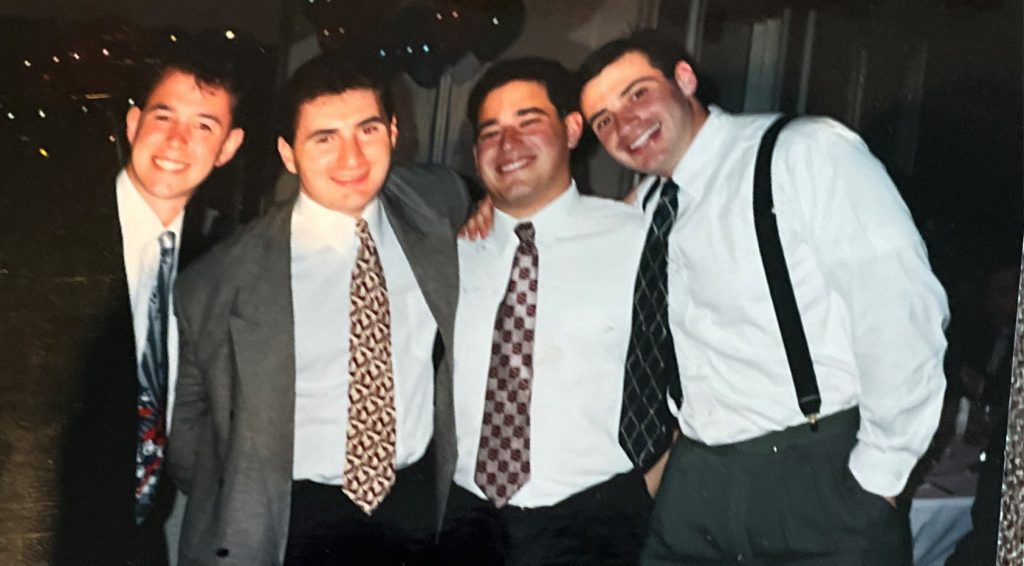 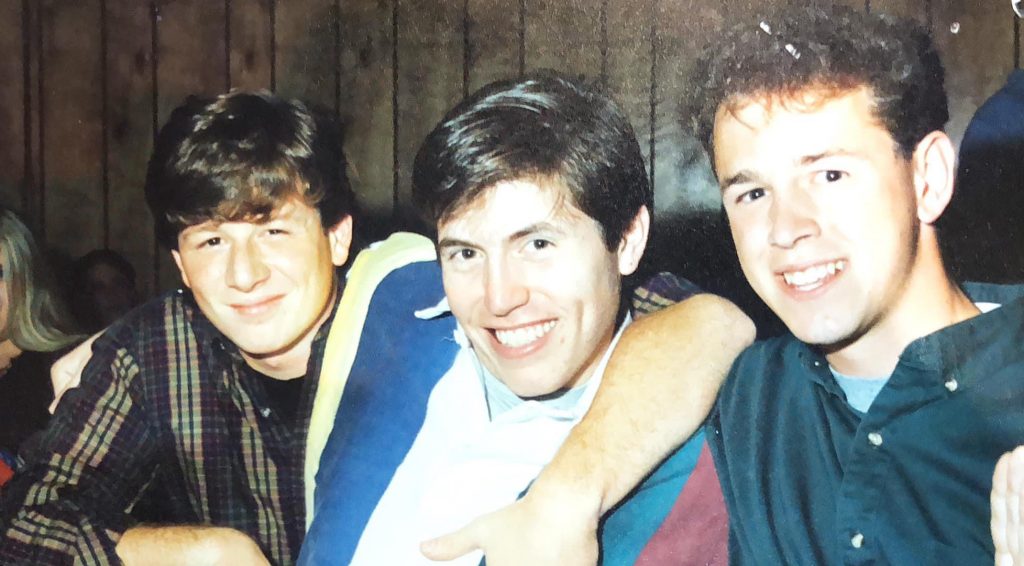 “The fraternity is very important to me. To this day, my closest friends are still my fraternity Brothers. I met my wife through AEPi. She was an AEPhi at Illinois and was our chapter sweetheart. I had a great time in AEPi. The road trips and parties were great but the relationships I built – just hanging out with other – that’s what kept me. It really comes down to the friendships.”

Brother Elbaum’s AEPi experience also taught him valuable lessons that he uses still today in his professional role. “I used to love the chapter meetings. I became immersed in the debate but those skills that I learned in that dingy chapter room are skills that I still use today. I can read a room and understand the argument and connect the argument and the right message together to help bridge the gap. Most importantly, I also learned the importance of relationships and establishing a reputation – for better or worse. I learned that what you did is how you were known, and that people will remember you by that reputation. It reflects on you and stays with you.”

At the 2017 AEPi International Convention, Brother Elbaum addressed the undergraduates and alumni and said:

“At AEPI, I learned that, fairly or unfairly, one earns a reputation very quickly.  Perhaps the starkest example of this fact was our elections for major board. The candidates would each make speeches and then leave the room. Then the fun began. Through a grueling process called “pros & cons” every possible positive and negative thing was said about each candidate before a secret ballot vote took place.

Nothing was sacred.  People remembered who had helped lay the tile in the kitchen a few months ago and who had not shown up…

I’m not sure why anyone ever thought that this was a good idea.  Oddly enough, it did work, and the most deserving candidates did win.  It also taught me the importance of one’s reputation.  How we conduct ourselves matters. And it often matters far more than whatever the particular issue of the day might be.”

Brother Elbaum now lives almost a mile from where he grew up (to be closer to his parents…”the babysitters” he jokes) but he has traveled a long way to get where he is now.

« Jim’s Journal: From Strength to Strength
Voices: Living, and Dying, in Israel »