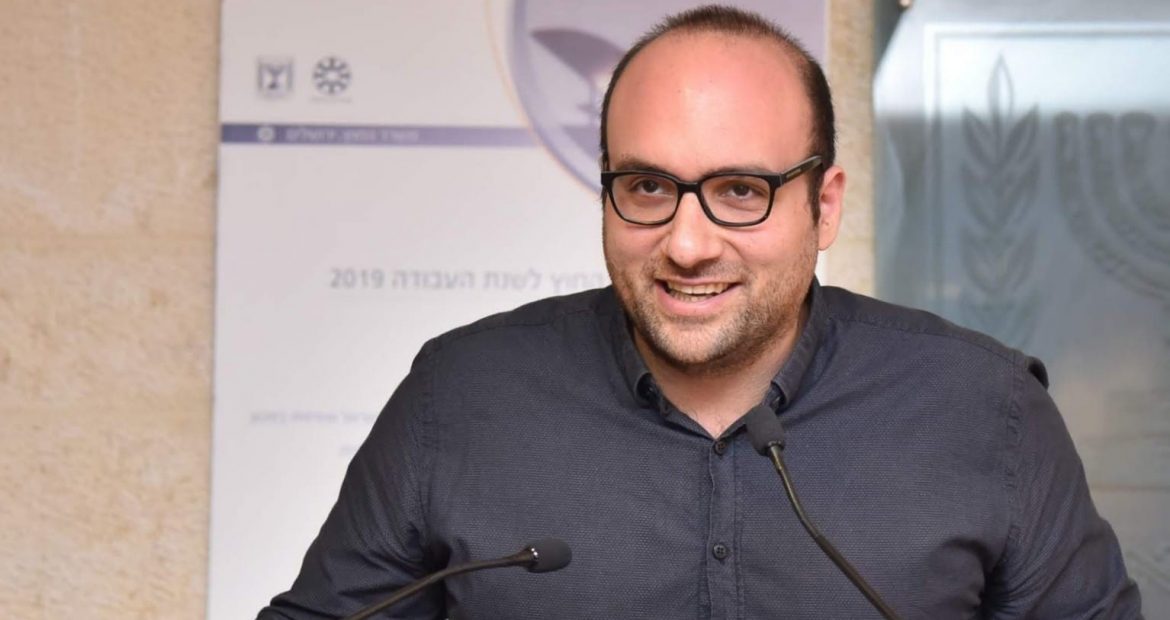 “I can remember exactly where I was when I first heard about AEPi,” said Brother Or Shaked (Hebrew U, 2015). “I was sitting in the student village, talking with some students, and met a bunch of guys delivering pamphlets about a fraternity. They told me, ‘We do all kinds of activities together. We give back to the community.’ Slowly but surely, I grew to realize that there is this small group of people who have a connection to the worldwide Brotherhood of AEPi.”

Originally from the city of Rishon Letsion, a Tel Aviv suburb, Brother Shaked enrolled at Hebrew University after completing his IDF service. “As a soldier, I had been asked to accompany a Birthright program with American students and there was something really dynamic in that experience that really influenced me. It was a combination of representing what it means to be Jewish as an Israeli. I began to think that when I got to university and beyond, this might be a direction I could pursue.”

At university, he began looking for activities that could help him integrate his skills and experience, and AEPi quickly became a big part of that. “My social life was through AEPi, whether it was at Shabbat dinners or other social events with foreign students to help them integrate into campus.”

“Then, in 2013, I went to the Centennial Convention at the Waldorf in New York. That was my first international convention and my first time in the U.S. That was where I saw my future in Israel advocacy with students and others. It started right there.”

After graduation, he became involved with the Jewish Agency and was offered a position as an Israel Fellow to Hillel at Virginia Tech University. “That was an eye-opening experience for me as an Israeli and as a Jew. It allowed me to get a different perspective about Judaism and how it is manifested in the diaspora. I realized that there is a need to establish one’s Jewish identity through and beyond Birthright. I viewed my service as an opportunity to create new bridges for students to their Jewish identity through Israel.” While in Blacksburg, he also got active with the local AEPi chapter and helped build deeper bridges between the Brothers and Hillel.

After finishing his term as a Jewish Agency Fellow, he realized that his career path lay in diplomacy and representing Israel in the international arena. While completing his master’s degree from Hebrew University, he began to work at Israel’s Foreign Ministry which – eventually – led to an opportunity to work at Israel’s Permanent Mission to the United Nations. 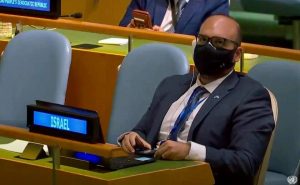 “I work within the UN system. While the UN is typically known for its bias towards Israel in some of its forums, like Israel’s treatment in the Human Rights Council, there are many areas in the UN system in which Israel plays a constructive, and even a leading, role. We are very involved in issues like gender equality, LGBTQ rights, and protecting the rights of older people and those with disabilities.”

“Despite all of the negative noise, we can show Israel for what it really is: a progressive and democratic society. We need to fight the noise while showing what Israel is, rather than what it isn’t. We have a very positive story to tell. We have to adopt a positive and proactive approach, and showcase a genuine reflection of the country, including our rich and diverse culture and daily lives as a society.”

AEPi’s Israeli chapters have put together a month-long philanthropy project allowing Jews in the diaspora – who haven’t had the opportunity to visit Israel in more than a year – an opportunity to have their message placed at The Kotel in exchange for a small donation to AEPi’s Repair the World Fund, dedicated to helping Jewish and Israeli causes. For more information, visit The Kotel Project. 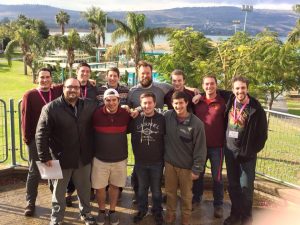 Brother Shaked (front row, first on left) with his group on Birthright

“When I was serving at Virginia Tech, I was tabling on campus to get students to go on our Birthright trip,” said Brother Shaked. “A young man came up to me and told me that his mom is Jewish, but his father wasn’t, so his Jewish identity was never a significant part of his life. We were able to sign him up for our trip and he started getting involved with Hillel, attending Shabbat dinners and Israel education programs. Days before we left for our trip, he sent me a picture of a tallit. He didn’t know what it was, but said to me, ‘When I told my mom that I was going to Israel, she went up into our attic and got the tallit of my great grandfather, who lived in Tzarist Russia in the 1910s. He never got a chance to go to Israel and pray at the Kotel, and my mom wants me to take it with me to Israel.”

“We went to the Kotel and I helped him put on his great grandfather’s tallit, and pray in Hebrew. It was one of the most memorable and touching things I did in my role. That’s the connection that we have as Jews to Israel and to our roots.”

For more information on The Kotel Project, click here.