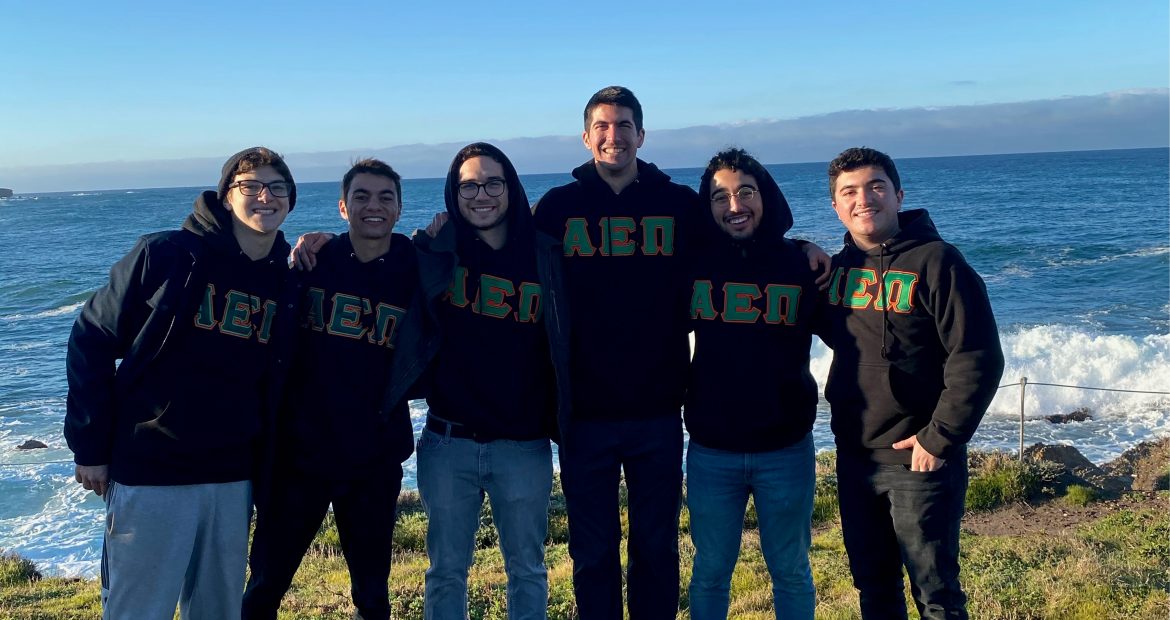 Last semester more than a dozen Brothers from chapters all over the world came together to participate in cohorts being offered by AEPi International’s Jewish Leadership & Programming Department (JLPD). Over the course of the semester, they learned how to create an enhanced sense of Jewish identity amongst Brothers in their chapter, involve Brothers in Israel engagement and education on campus and, most importantly, have fun while learning from one another! The cohort programs will be returning this semester, starting on March 1, and Brother Adam Meleo (Cal Poly – SLO, 2021) doesn’t want any of our Brothers to miss out on the opportunity to participate. He was a part of the Israel Engagement Cohort last year, and hopes to be a part of them again next month! 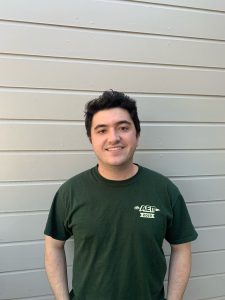 “My passion for Israel and my connection to Judaism started in high school when I participated in March of the Living. I knew day one going into college that I wanted to join AEPi, and my involvement in the campus Jewish community has only grown since then. I’ve been an Emerson Fellow for StandWithUs (SWU), president of Mustangs for Israel, a Jewish National Fund (JNF) Fellow, and the chapter Israel Engagement Chair for a number of years. Judaism is huge to me.”

When he heard about the Israel Engagement Cohort, it was a no-brainer for him to apply. It offered him an opportunity to connect with Brothers from around the globe, hear the situations and anti-Semitism they are dealing with on a day-to-day basis, and ultimately working together with them to decide on a plan of action to help expand the knowledge of the Jewish state. “I loved being involved in this. Sitting in on these meetings was cool because it kept me connected with the broader AEPi network and Headquarters. I didn’t expect to interact with so many different chapters. It was nice being able to go into breakout rooms with other guys and talk to them. Everyone has their own experience and way of doing things on their campus, so it was nice to hear varying opinions and seeing the diversity of AEPi.” Since Cal Poly – SLO programming has had to be virtual due to the pandemic, being able to listen, ideate and get creative makes the process of planning new events that much easier for Brother Meleo.

Attending this cohort couldn’t have come at a more convenient time for Brother Meleo, as his chapter house was vandalized with anti-Semitic graffiti two weeks ago. “What happened to our house was appalling and disgusting. While we’re beyond shocked, we’re trying to bring a little good out of a terrible situation. The incident has brought our chapter closer together than ever before. I’m hoping to take some of what I learned and apply it to the new member education process. Whether it’s doing an Israel education night with them or something else, they’re a captive audience that wants to learn and listen and I think we need to build on that. This is the perfect time to educate them and encourage conversation about the State of Israel.”

Brother Meleo believes there are an enormous number of Brothers out there who could benefit from these cohorts. “If you’re a senior, like me, stepping down from e-board and other positions in the chapter, this is a great way to fill the gap. Being a part of something like this is a huge part of being an AEPi Brother. Israel is our home, and we have AEPi chapters there, no other fraternity can say that. I think it’s vital that each chapter have some sort of representation in the cohorts. You never know who in your chapter may benefit from this. Encourage your guys to get involved!”

Having visited Israel four times so far, each trip makes it feel like home to him. He’s from a very Jewish area in California, but the feeling of being in Israel is just unexplainably different. “When you’re there, you’re surrounded by Jewish people who hold leadership positions. Everyone from the bus driver to the top officials in the country are Jewish, and I think knowing that we are a Jewish nation in a world that often hates Jews is important to me. I’m happy to see that AEPi is a driving force in the Jewish community at my school. Without us, I truly feel like the Jewish community at San Luis Obispo would take a huge hit. Many of our Brothers are involved in Jewish life related positions in the chapter, and on campus. The chapter morale, in recent weeks, has been extremely high. I hope we continue to build allies in the community and educate people any chance we can get. It’s important to remember that if someone makes a negative comment, we shouldn’t berate them or make them feel bad. That’s an opportunity to educate. I look forward to attending the next Jewish conference I can, whether it’s in-person or virtual!”