Voices: Rise Above and Take Charge 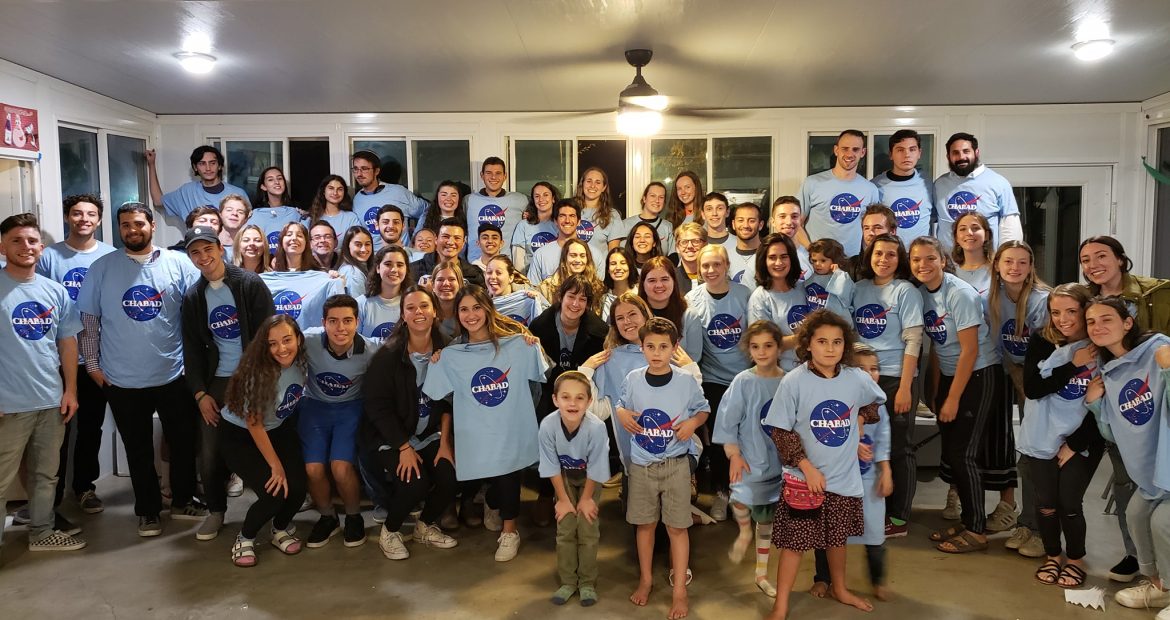 Cal Poly – SLO wasn’t a destination school for Jewish students before my wife and I arrived in 2009. From Santa Barbara all the way up to Monterey, CA, there was no Chabad presence. It makes sense because, geographically, there are few Jewish communities in this area. It took a lot of hard work and collaboration with students and other organizations on campus to get to where we are now in San Luis Obispo. Part of that success is because of the AEPi chapter here and their dedication to helping us create a Jewish home away from home on campus. 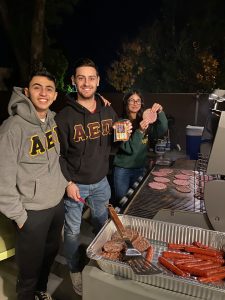 AEPi Brothers enjoy an event hosted by Chabad on Campus

When new Jewish students come to our campus, they’re looking for a community that they feel safe and comfortable in. AEPi definitely fulfilled that role for a number of years as the Jewish fraternity on campus, but especially after we arrived. They’re exceptionally good at finding Brothers who may not have had a strong Jewish upbringing and helping them embrace their heritage. Without AEPi, our Shabbat attendance wouldn’t have gone from no more than 40 people to a crowd of at least 40 each week (before COVID-19).

I admit I was in disbelief when I heard about the anti-Semitic graffiti and language that was found on their house two weeks ago. How could a group of young men, so proud of who they are, be subject to such vile hatred? Other schools in the state, like UC – Berkeley, have experienced an increase of anti-Semitism over the years. Even UC – Irvine’s student body passed legislation last week supporting the Boycott, Divestment and Sanctions (BDS) movement. Our school has never had anti-Israel sentiment like that. Maybe that’s why I was in such a state of shock when a student came to my door on Shabbat, telling me the news about our own being the target of hate. My first reaction was to go to the house, schmooze with the Brothers and see what they needed. I offered them words of encouragement, but it seems like today we are all so desensitized to acts of anti-Semitism against the Jewish community. Where do we draw the line? How do we move forward? What are the most important steps in ensuring something like this never happens again?

While I don’t pretend to know the answer, I can say that our Brothers at SLO have certainly had an excellent handle on the situation. Rather than cower in fear of another attack, they decided to rise above and take charge of the situation at hand. They weren’t going to settle for this as the “new normal” on campus, and why should they? When human beings are confronted with a situation like this, it’s natural to have a fight or flight reaction. It’s understandable if you’re scared, but I believe if I hide, the enemy has won twice. If an anti-Semite wants to remove Jewish pride from the world, my fighting back involves showing them I’m not going to back down.

I was moved that when I went to visit the chapter again the following day, and made sure to bring some tefillin with me, Brothers were lined up asking to wrap. I firmly believe it is important to remind students not only that they’re Jewish, but that they should be proud to show that they are. Chabad teaches us to be proud of who we are and not let hatred dictate our identity. It’s unfortunate that these reminders spawn from negative encounters, but I’m thankful we got to decide how we want to showcase our identity. I saw new members there who were seeing that AEPi isn’t just a Jewish fraternity in name, but also in their actions. I had parents of the Brothers calling me to say how wrapping tefillin gave their sons a boost of Jewish pride, and that’s what it’s all about. Performing this mitzvah is only the first step. 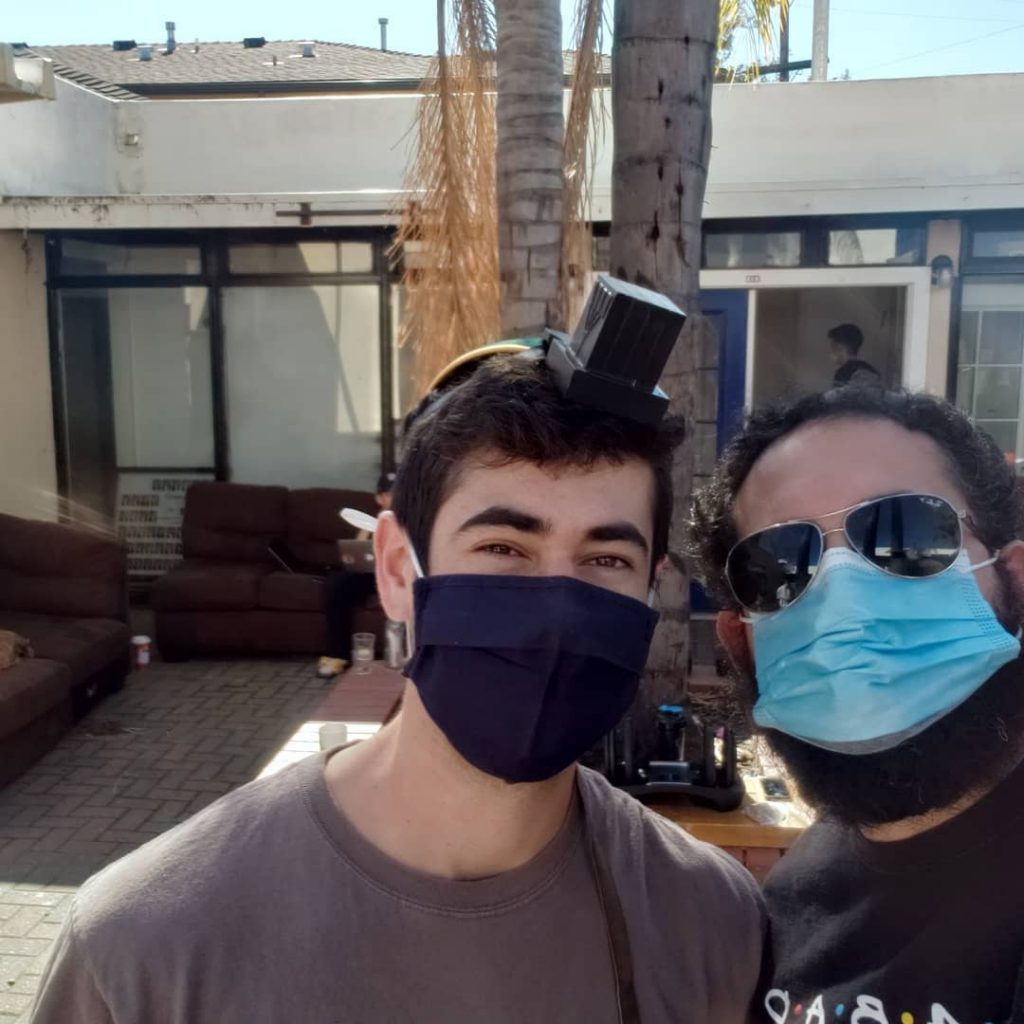 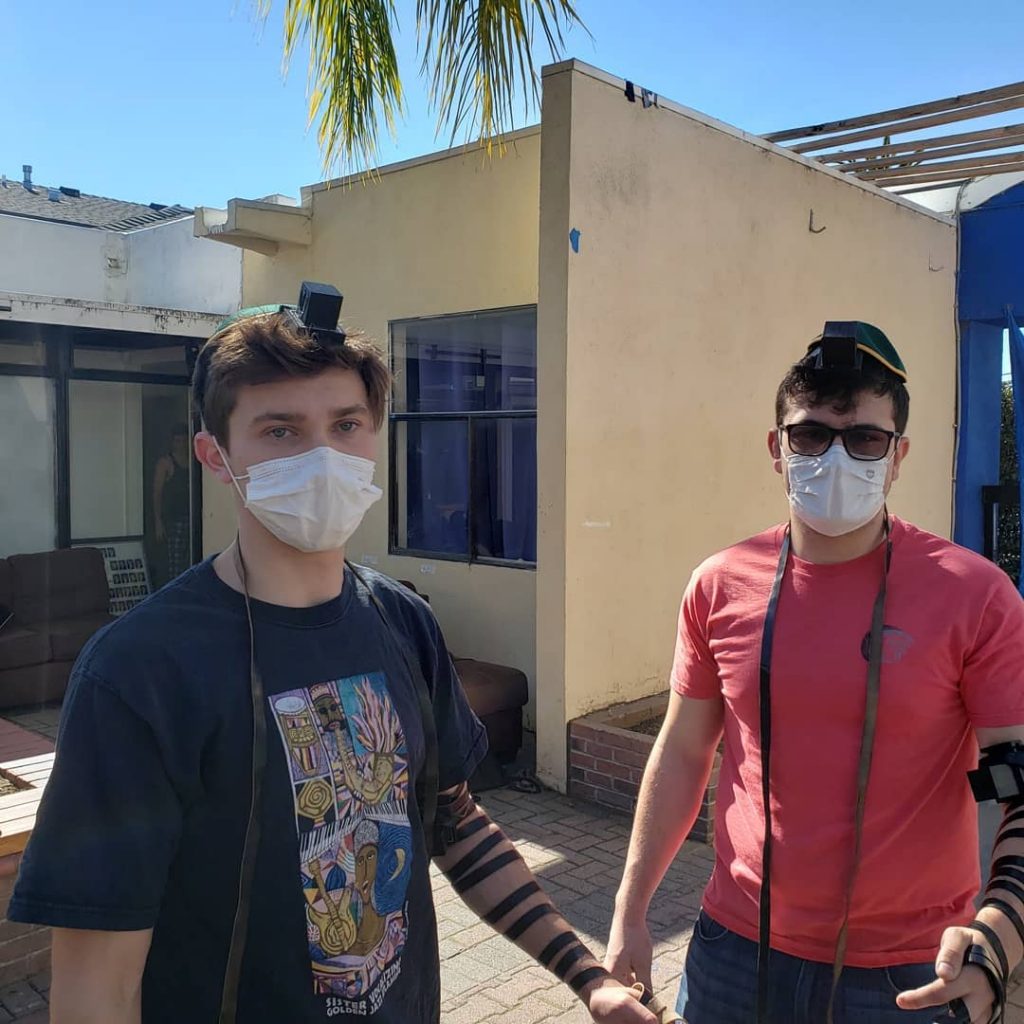 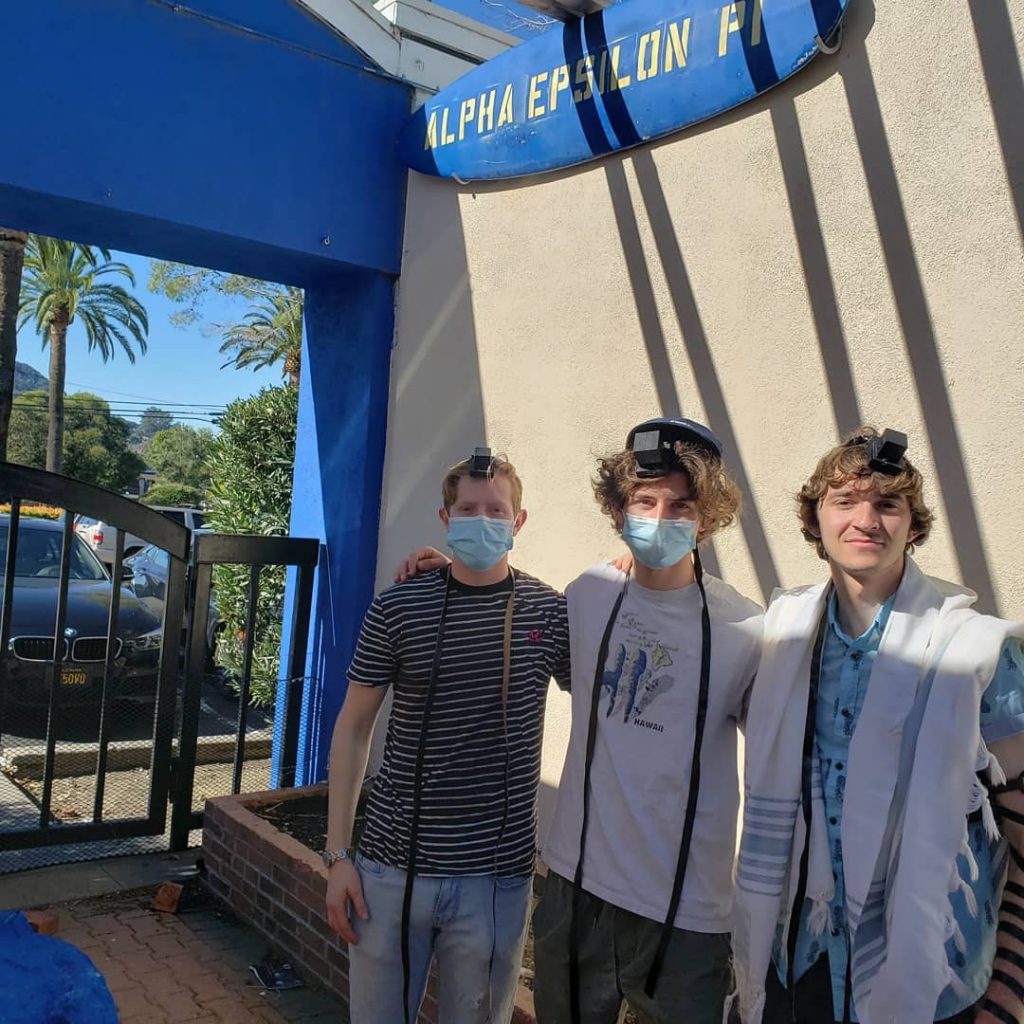 In the wake of their house being vandalized, the Brothers created a GoFundMe to help raise funds that would not only repair their house, but also help the local Jewish Community Center (JCC) and Yad Yashem, an organization dedicated to maintaining the memory and education of the Holocaust. Their fundraiser, which had a $1,300 goal, went on to raise $27,273 in a matter of days. I’m told the AEPi Foundation gave them a grant to clean the house, so all funds will be split evenly between the two organizations. What a beautiful, powerful thing to see that money raised go to organizations like the local JCC, who are in need. I shouldn’t need to speak on the importance of remembering the horrors of the Holocaust.

Finding the culprit of this attack on the AEPi house and Jewish community at SLO is important; I won’t downplay that. There are plenty of organizations, like the local police and Anti-Defamation League (ADL), searching for answers as we speak. I’m especially impressed with the AEPi chapter’s leadership, who has met with the school and worked with people from all different levels of Cal Poly’s administration. Instead of working towards finding the person responsible, these Brothers are trying to encourage their peers to use this as a teaching opportunity. Again, finding this person is important, but I think educating the community is all the more powerful. Out of everything the chapter could have asked for in order to remedy the situation, all they wanted was a chance to bring the community together, create a sense of unity and make sure others know what anti-Semitism is and how it affects us as Jews.

It’s a great pleasure being an honorary initiated Brother of this fraternity. I was always close with the Jewish kids that came around Chabad after we moved here, but the best part of being a Brother is the greater sense of connection I have with these guys now. AEPi at Cal Poly – SLO isn’t going to waste any time now that they have the community’s attention. We live in a time when people are waking up and wanting to correct the wrongs of the world. When the Brothers of AEPi and other members of our community focus on telling the story of how this act of hate affected them, I know their friend groups will listen. Peers are always influenced more by hearing the personal effects something like this has. It’s our job as a Jewish community to explain how this makes us feel. I only hope our non-Jewish friends listen, especially at a time when anti-Semitism is at a peak it hasn’t seen in decades. 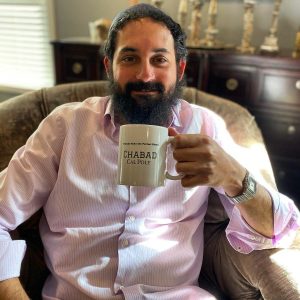 AEPi Voices is a segment dedicated to highlighting those with something to say about their positive experience. Are you a voice that wants to be heard? Email [email protected]. Rabbi Chaim Hilel is the Director and Rabbi of Chabad on Campus at Cal Poly – SLO. Originally from Montreal, Canada, he and his family have called San Luis Obispo their home for more than a decade.