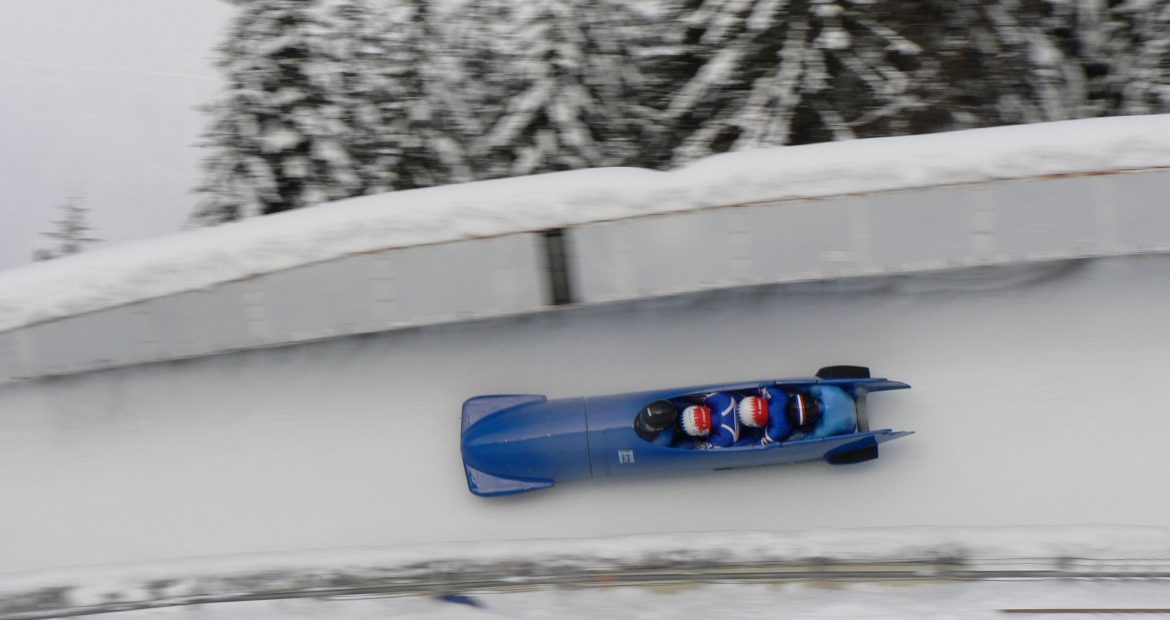 Climb high enough on a mountain in Israel right now and you might find a light dusting of snow at the top. Don’t expect the Winter Olympics to take place there anytime soon. Israel is, after all, surrounded by desert. So, how does a country with hardly any snow manage to form a national bobsled team? One of Team Israel’s newest push athletes, Brother Aaron Spiliopoulos (UNC – Charlotte, 2022), gives us some insight on what training looks like. The founding father of the Nu Psi colony recently returned from training with his team in South Korea. Out of the way, everyone, you have some competition coming up behind you in 2022! 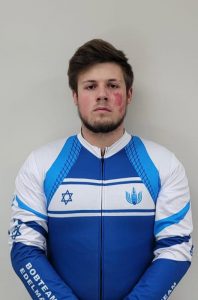 Brother Aaron Spiliopoulos in his uniform

“For me, the adrenaline is what makes me love the sport. As a push athlete, it’s my job to push the sled and hop in at the end. When I look down the track after the first turn, it gets my blood pumping. It’s like being on a rollercoaster without the track.”

Brother Spiliopoulos wasn’t looking for this opportunity; he hadn’t competitively been involved in sports in years. When his dad saw something about Israel’s bobsled team recruiting on social media, Brother Spiliopoulos knew he had to seize this moment and give it a shot. “I thought to myself: I’ve ice skated before and sucked at it, but what have I got to lose? I decided to go out on a limb and reached out to the pilot, AJ Edelman.” Leading the team as pilot is no easy feat; but Aaron feels that Edelman, a 2018 Olympian and four-time national champion, can guide them along to qualify for the Winter 2022 Olympics in Beijing. “It all happened so quick. One minute I was at home, and the next I was flying out to South Korea to train with all of the other guys. I loved it in Korea; the team’s amazing and we’re all in it for the same outcome: to make it to Beijing.”

Edelman is the team pilot and Brother Spiliopoulos is one of four push athletes, along with Amir Fawarsy, Ward Fawarsy and Moran Nijem. Oh, we can’t forget the team mascot, Lulu the Shiba Inu. “The demographic of everyone on the team makes us extremely close. AJ is Orthodox, I’m a Conservative and the other guys are Israeli Arabs. Together, we’re all proudly representing the Star of David and Israel on our backs. While our goal is to make it to the games in 2022, we also want to set up a foundation for future Israelis who want to be bobsledders.”

The road to Beijing is not easy. In South Korea, it involved hours upon hours of dedication to the sport. Training in PyeongChang in weather as cold as -10o Fahrenheit may deter some, but Brother Spiliopoulos pushed through it all (literally) for his newfound passion. “We’re up every day at 6:30 AM and don’t get home until 7:30 or 8:00 PM. It’s hours of getting the sled ready, sliding a few times on the track, doing strength training at the gym, and then assessing how our day went by watching videos of our sliding sessions.”

Even though the training hours are long, the hardest part is keeping a good mental outlook on everything. “You’re in a foreign country where you hardly know anyone, you don’t speak the native language and there’s nothing to do after you train because of COVID-19. We were truly in a unique situation where we couldn’t experience the beautiful country we were in, and I completely overlooked the mental aspect of training.” It was during these times that he found comfort keeping in contact with his Nu Psi Brothers at home. Brother Spiliopoulos decided to jump right into the Fraternity when he heard AEPi was coming to campus. “I was always told if you’re going to join a fraternity, join AEPi. I consider myself to be very religious, so seeing my friends joining the Jewish fraternity only made me want to become a Brother for life and be a part of it myself.” If there’s one thing AEPi has taught him, it’s that your Brothers will always have your back no matter what. “They showed me that I always have a shoulder to lean on and that’s impactful. I talked to my chapter Brothers almost every day in South Korea. After my parents, they were the first people I told about getting a spot on the bobsled team and they have been supportive of me ever since.” 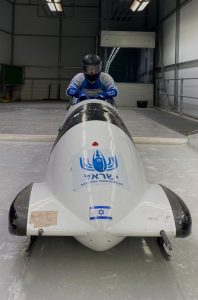 Brother Spiliopoulos with the team bobsled

So, why PyeongChang? “At the time, Lake Placid (located in the U.S. in New York) was closed. There’s a track to train on in Utah, but you’re limited to how many times you can slide down the ice in a day. South Korea was great because we could get in an average of six runs per day. Sure, we had to quarantine for two weeks when we arrived before we could start training, but it was all worth it and gave us a huge advantage.” Now that he’s back at school in the U.S., he hopes the team can start training at Lake Placid soon. This depends on the weather, COVID-19 and the team’s funding.

National teams, like Israel, are completely self-funded. “As team pilot, AJ covers the cost of everything. We’re always looking for sponsorships, so if you want to see Team Israel through to Beijing it’s important that you support us.” Whether or not they make it to the Olympics, Brother Spiliopoulos tells his parents all the time that he “drank the Kool-Aid” and is 100% invested in this sport. “I’m so proud to have had my parents with my every step of the way. Seeing their approval and waking up knowing they’re rooting for me is what makes me happy.”

“There’s something about being out there with four other Israelis, asking ourselves why the hell we’re doing this, that makes it all worth it. There’s no ’favorite part,’ you either love all of the sport or you don’t. This team is like a brotherhood to me, and we’re strong because we work together. I haven’t been this excited about something in a while, and look forward to the future.”

Keep up with the Israeli bobsled team, and find out how you can support them in their journey to the 2022 Winter Olympics by visiting their website.