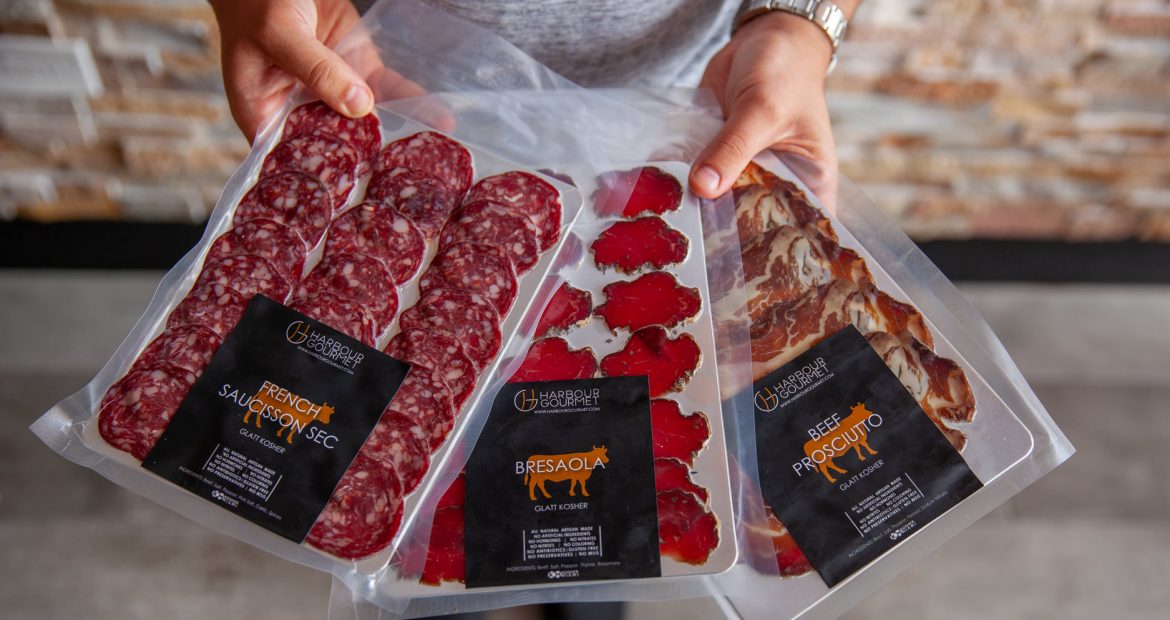 The American dream is the idea that anyone can be successful in the melting pot that is the United States. Originally from France, Brother Jason Amsellem (Florida, 2012) is working with his father at their Miami restaurants, Harbour Grill and Harbour Bistro. From a few products, the business expanded over two years and now has over 20 different homemade Glatt kosher deli and charcuterie meats selling in stores, online and delivery.

Born and raised traditionally Orthodox in France, Brother Amsellem immigrated to Miami with his family when he was 14. He grew up with people from the decently sized French-Jewish community in Miami. “I had some American friends, but my big group of friends was always French. I never really learned about American culture or simple things like common expressions.” That all changed when he went to college.

As soon as he got to the University of Florida, he reached out to his best friend from high school, who suggested he go meet the Brothers of AEPi. After meeting the Brothers, Brother Amsellem felt a connection. They ended up hanging out every day, and he joined the Phi Gamma chapter in the spring.

“Being around other Jews and knowing they identify as Jews first, brought a true brotherhood bond that I never saw in other houses on campus.” In AEPi, he met Jews from all over the country. AEPi gave him an outlook on how different Jewish people are raised and express their Judaism. “It was kind of like a melting pot in AEPi with different cultures.” He also became very involved in Chabad, even knocking on Brothers’ doors to make a minyan for the Rabbi. He went on to graduate with a degree in accounting.

Food started out as a hobby for Brother Amsellem’s father, Gilbert. “He was still in his late 40s to early 50s and he didn’t want to retire. When he sold his business in France, they didn’t flee. It was a plan to move out.” Gilbert Amsellem developed his skills in cooking and making sushi in the early 2000s, just as sushi was rising in popularity in the United States. When the family moved to Miami, Gilbert bought a small restaurant and began phasing out the fast food for steak and sushi. Through trial and error, he found a way to make the French staple of charcuterie to fit Glatt kosher regulations. After about three years, they expanded to have two locations — Harbour Grill and Harbour Bistro — both of which offer gourmet sushi, high-end meats and deli dishes, and a pop-up bistro menu. They are currently working on their third expansion.

After college, Brother Amsellem moved to New York and met his wife. When the company he worked for started to decline, he knew that he wasn’t going to spend the rest of his life in New York. Seeing that his father couldn’t manage the growing business alone, Brother Amsellem and his wife chose to move to Miami and help his father.

Today, Brother Amsellem is the restaurants’ Operations Manager. He oversees the staff schedule and the day-to-day operations including inventory, special orders, and catering. Sharing his father’s hard-working mentality, quality food and customer satisfaction are the highest priorities. “The most challenging part is pleasing customers because they hear great things and expect great things for what they pay for,” he said. “But when customers are happy and love the food, it is the most rewarding part of the job.”

During the ongoing COVID-19 pandemic, Harbour Grill and Harbour Bistro continue to innovate through an online ordering and delivery system. “As demand increased, I knew I had to streamline the process, so an online store made sense,” said Brother Amsellem. “We launched six months ago, and things have been successful.” They can ship across the country and have a catering service for special occasions. They have the advantage of people knowing they produce high-quality products.

AEPi has not only kept Brother Amsellem on-track with his Judaism but has also helped his business. “Being an AEPi Brother kept me more ‘Jewish’ than if I were to join a non-Jewish fraternity,” he said. “If I hadn’t joined AEPi, I don’t think I would have kept kosher or kept going to synagogue on Jewish holidays.” AEPi Brothers have also made it a point to support his business. “The group has been more supportive than I could have ever imagined. It was great to see so many small orders. It made me feel like they were doing it to support us and help me. It speaks a lot, and I’m so grateful.”

Brother Amsellem continues to innovate the kosher meat industry in America with his father. “The main reason we wanted to do this was to broaden the kosher offering in the U.S. You can only try so many smoked salamis, people have been making them for years. We found everything to be limited. Our focus was to fill the void where something hasn’t been done.”