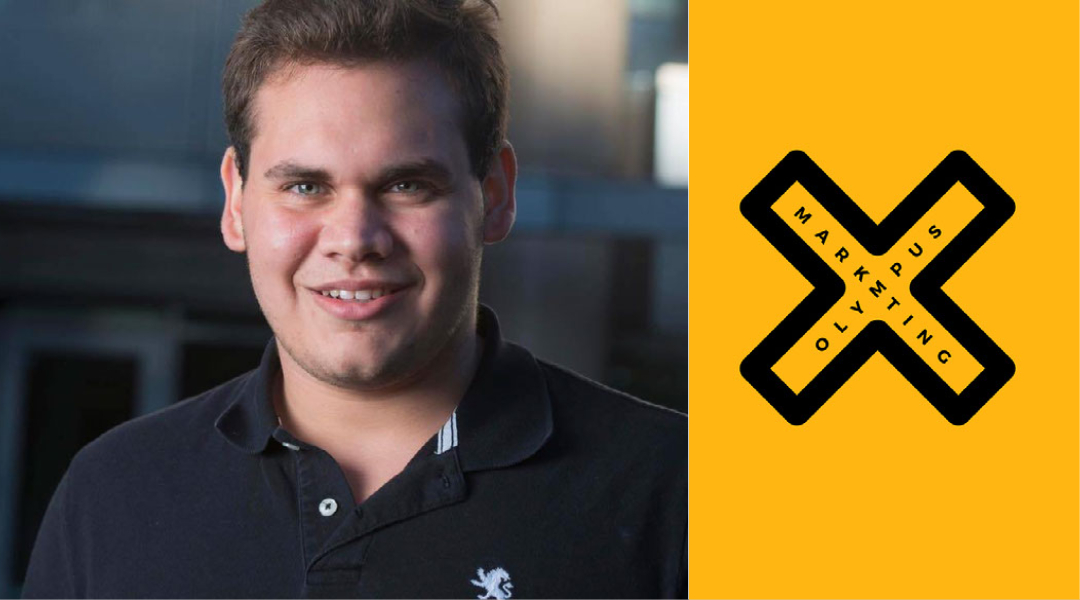 Finding a job during a pandemic is difficult, especially for recent college graduates who have less experience than the rest of the working world. While some keep searching for jobs, Brother Daniel Encaoua (George Mason, 2019) has created his own.

Brother Encaoua grew up in Venezuela in a religious family that kept kosher and celebrated Jewish holidays. “There’s a lot of Jewish life in Venezuela,” he said. Jewish community for him is very important, whether it’s making a minyan for religious services or just preserving the cultural aspects of Judaism.

Brother Encaoua knew about AEPi coming to the United States. Not knowing much about American culture, he spent much of his first year at George Mason University with other international students. However, he felt that the sense of Jewish community he was used to was missing from his life. That’s when he contacted the Brothers of the Gamma Mu chapter of AEPi. “I just wanted to join,” he said.

While he was still trying to integrate into American culture, he worked hard to help the small chapter grow and won most active Brother of the year in his chapter. Brother Encaoua went on to become Scribe and eventually Exchequer, saving the chapter enough money to have a nice formal. He also gained a sense of community in the process. “I had Brothers to attend events with and teach me about the reform movement, which doesn’t really exist in Venezuela,” he said. “The sense of community was important to me.”

During his Junior year of college, before the pandemic, Brother Encaoua and his roommate were taking the same classes and were having trouble finding internships. “Our professor told us he needed a marketing company. He told us he believed we had a lot of potential, which is why he recommended us to some people. As a joke, me and my roommate said we should start a company.” In August of 2018, they started Olympus Marketing.

“We pride ourselves on being creative and empathetic,” said Brother Encaoua. “Businesses were getting no help. Unless you’re a super big business, you needed the help. We literally had businesses we were already working with for free.” As their client base grew, they started hiring freelancers to share the load. “We couldn’t do all the work and needed them. We do web design, social media, graphic design and more.” Even through the pandemic they have still been finding success. They currently have four main clients with two in Venezuela, one in Peru, and one in London.

The most challenging part of Brother Encaoua’s job is balancing his workload with school as he pursues his master’s degree. His advice to anyone trying to get started is to be fully involved and when people tell you no, to continue believing in the idea that you have. “I recommend that when you apply for a job or internship, never position yourself as not knowing anything. You know more than the company trying to hire you.”