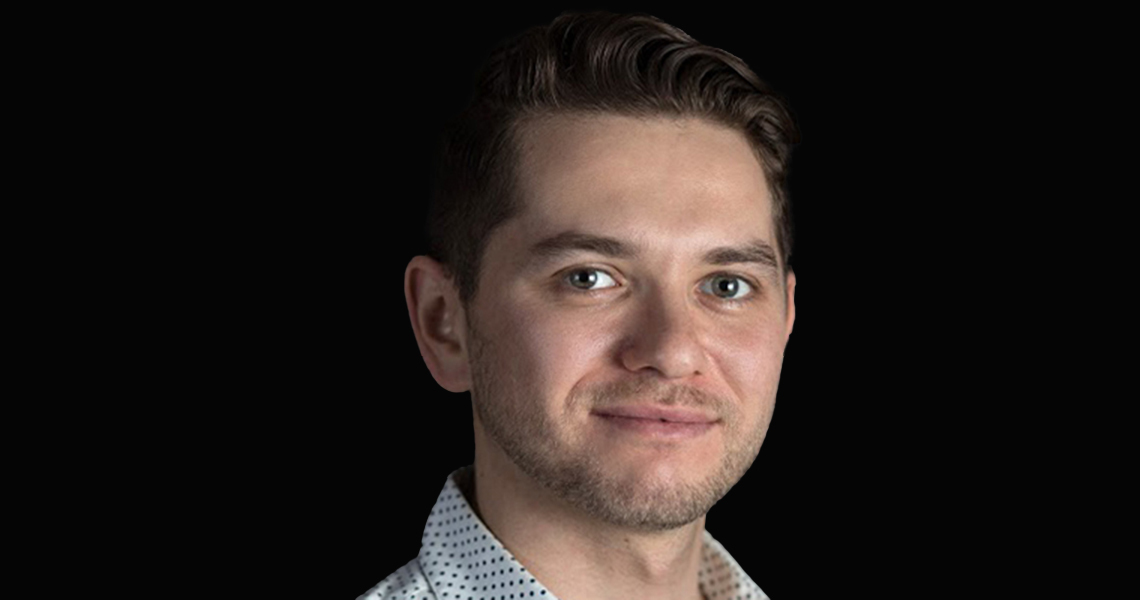 Brother Igor “Iggy” Moliver is an investor, advisor and product leader who will be joining AEPi for “Office Hours” next week, a new opportunity for undergraduate and alumni Brothers to have an open meeting with someone – usually an AEPi alumnus — who is an expert in their field. Participants will have the opportunity to ask questions related to that Brother’s industry and utilize their wealth of knowledge. This Friday Piday feature is meant to help give some insight on Brother Moliver’s experience before his session on Thursday, October 8 at 2:00 PM EST. Anyone interested can register for the event here.

The startup world is difficult to get into, but sometimes it only takes a little nudge in the right direction to get something rolling. Stumbling into the tech world, as he puts it, Brother Igor Moliver (Tufts, 2010) has found success in the technology startup world.

Born in the Soviet Union, it was hard for Brother Moliver’s family to practice Judaism. “I was the first person in my house to speak Hebrew. I was leading seders and prayers on High Holidays at the age of six.” To practice Judaism secretly, his great-grandfather smuggled a tallis into the Soviet Union. Even though it frayed over time, it became a special heirloom and was given to Brother Moliver by his grandfather for his Bar Mitzvah. Brother Moliver’s family left as Soviet Jewish refugees in 1989, arriving in the U.S. in 1990, and moved to New Jersey when he was in the seventh grade.

At Tufts University, Brother Moliver had every intention to go into politics while studying political science. He minored in entrepreneurial leadership, which was more business-focused. His Freshman year, he was rushed by several other fraternities, one of which one of his best friends joined, but he didn’t find interest in any of them. Then, during his sophomore year, AEPi was on-campus recruiting new members when they caught his attention. “I had two connections to AEPi on campus. They were both juniors. One had gone to my high school and the other I knew from Young Judaea. He encouraged me to rush. I only knew two guys in my pledge class, but ended up meeting my closest friends in college through AEPi.” In AEPi, he learned the balance between his social and professional lives. He went on to become Scribe and then Master.

The Tufts Brothers helped him find the direction he wanted to go in college. “The Brothers and community were super helpful to my direction in college. I took entrepreneurship classes due to the mentorship of Brothers I was in the chapter with. My only connection to sports was a business law class where I studied sports business law. I took an elective class called the Business of Sports, which was taught by former GM of the Boston Celtics, Jan Volk.” Although the class was full and he couldn’t take it for any college credits, he still sat in on the lessons. “That led to me hitting it off with a guest speaker and getting a position with ESPN.”

Initially interested in sports marketing and media, at ESPN Brother Moliver worked as a Content Analyst in the Programming Group for three years before leaving to create his startup in tech, called OnePlayce. Fresh out of ESPN with an insight in making digital content more available, he and his business partner focused on athletes and entertainers, signing players from different leagues and linking them with brands for digital endorsements. They developed an app that helped streamline the process of social data analysis and posting. “Going from a corporate job to founding the startup, I felt like I was being thrown into the deep end. We had strong initial traction, but growth was stalling. The learning curve was steep, and there weren’t a lot of resources for me at the time, especially on the technology side.” After hearing their challenges, Brother Moliver’s technical advisor, who was Head of Product at ClassPass, introduced them to Remedy Product Studio and, eventually, he started working for them full-time. “They were happy with how I was running product for my startup, so they asked me to do some work for their company. Eventually, I asked them if they’d be a strategic investor at OnePlayce. They wanted Remedy and OnePlayce to join together and have me help run Remedy.”

Brother Moliver is now the Head of Product and Strategy at Remedy. “We work with early to growth phase startups. We focus on product strategy, what you should build, executing it in a lean way, launching to market and rapidly iterating.” During COVID-19, it has been helping companies adapt to managing remote product and engineering teams using strategies that they have learned over the last eight years with their distributed team. Remedy currently served as a long-term product partner for 12 companies and anticipate to work with 16 by the end of the year.

Finding creative solutions to complex problems is the most challenging and rewarding part of Brother Moliver’s job. “If you’re working on new things in tech, there is no playbook or definitive answer. So much of the work is experimentation. You’re often tasked with solving a unique problem that you’ve never seen before, so you have to speak to mentors, conduct research and figure out quick experiments you can run.” Brother Moliver has found mentors and clients through AEPi and tries to always help Brothers with introductions on both the tech and investment sides.

Brother Moliver’s advice for people looking to do what he does is to reach out and ask for something you want, even if it’s a mentor or an investor. “When I started my career in tech, I was grateful to receive mentorship from people who have remained friends to this day. As I felt more secure about my knowledge, I’ve tried to pay it forward, the way others have for me.”