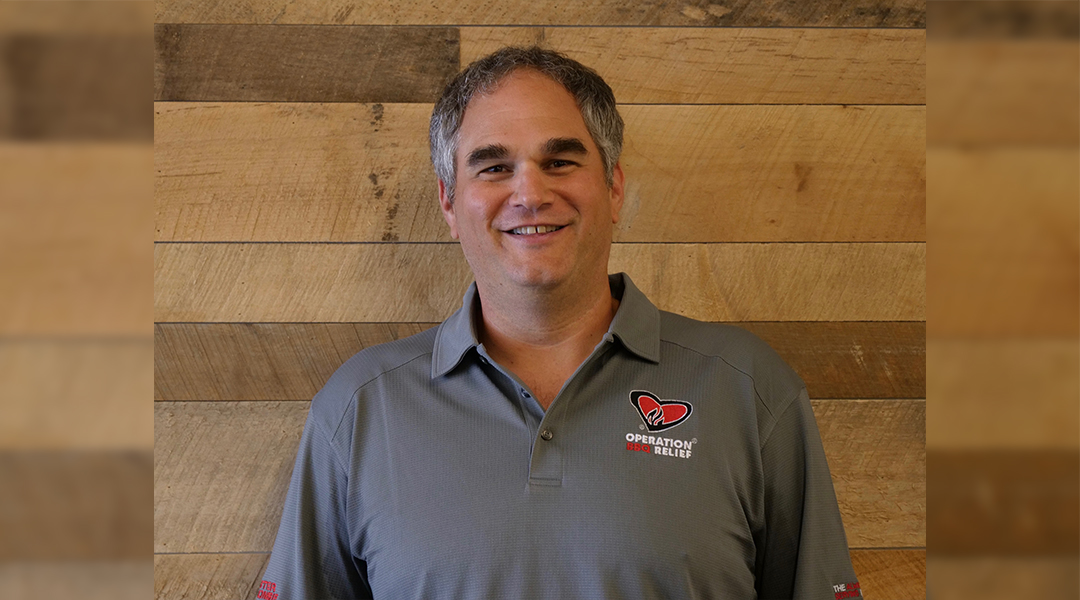 What could be better than a good old-fashioned barbeque? Throw some burgers, hotdogs or chicken on the grill and leisurely enjoy the smokey taste in the great outdoors. Brother David Rosen (Pennsylvania State, 2000) is helping to take barbequing to the next level with Operation BBQ Relief (OBR). So far, OBR has fed hot meals to more than 8 million people in 30 states who have lost everything due to a natural disaster. They also serve the first responders that answer the call to assist survivors during a natural disaster, as well as veterans having a tough time reintegrating back into society. OBR is currently deployed in Cedar Rapids, Iowa helping those in need after the derecho that tore through the Midwest a few weeks ago. They also have a team working to feed families affected by the California wildfires and will be deploying a team in the aftermath of Hurricane Laura that just made landfall in Louisiana this week. OBR is not in the business of denying others food. They value honesty, friendship, hard work and compassion during another’s time of need.

Brother Rosen grew up in Short Hills, New Jersey, and joined AEPi at Penn State. Through his AEPi experience at Penn State, he was introduced to a student-run philanthropy dance marathon, called “Thon”, to help those impacted by childhood cancer. He even met his wife through Greek Life. He would go on to New York University Law, work for Sullivan and Cromwell LLP, and become a member of the New York Mercantile Exchange, before falling into OBR.

One day, Brother Rosen was at a barbeque event in New York City, eating a sandwich. “I looked up at the guy in the trailer and told him it was the best sandwich I had ever eaten. He joked and told me I was eating it wrong.” They became best friends, went into business together and that’s how Brother Rosen became involved with OBR. “In 2018, I became a board member which is voluntary. I served as a board member, providing pro bono legal advice. In 2019, OBR really started to go from volunteer-based to a professional corp. As that happened, I was asked to come on as general counsel.” He became the chief legal officer and now works with the chief executive officer and the chief of programs doing legal work, creating and executing OBR procedures, and a bit of marketing and public relations work. 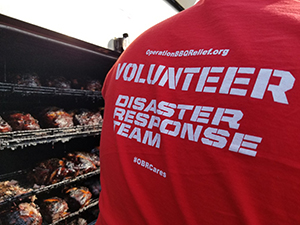 OBR deploys volunteers to serve hot meals that matter. “After a disaster, this hot meal is critical. They get a protein, vegetable and some starch. You can’t underestimate the nature and gratefulness for a hot meal. It brings a sense of normalcy and comfort to these families.” When a disaster hits, the power goes out and there is no infrastructure to get food for the victims and first responders. “We found that when disaster hits in an area, the local infrastructure is interconnected through commerce and residential. They’ll have people come in from all over the country to restore infrastructure. You actually have a population in an area with no services. Same goes for first responders.” OBR cooks the food and passes it off to the Salvation Army or another third-party organization for distribution. Once the infrastructure is back up and everything is open again, they begin their exit strategy.

“OBR was founded in 2011 by barbeque enthusiasts, some among the most successful people in the industry across the world, who saw a need and stepped in after tornadoes struck Joplin, Missouri. That hasn’t changed since the first deployment. When our founders showed up to Joplin, they didn’t know what to expect. They thought they’d serve a few thousand people and ended up giving out 100,000 meals.” Volunteers don’t necessarily need to deploy to disasters. Brother Rosen has served military families and veterans in hospitals such as the Walter Reed National Military Medical Center. “I have not been to a disaster deployment, but I have been to programs that help the military since those are prescheduled events. That’s where we connect and inspire others, as well as educate active-duty military personnel and first responders on the art of barbeque.”

COVID-19 hasn’t stopped OBR but has made logistics more challenging. At the start of the pandemic, they developed a Restaurant Relief program in two weeks that would take most companies three years to create. “We completely changed our operating procedure for this program, which aims to provide three things: stipends to reopen closed restaurants, hot meals to communities in need and help to rehire laid-off restaurant workers. The stipend really helps restaurants open their doors back up. Restaurants are then able to rehire seven to ten employees who were laid off because of the financial assistance.” OBR fed students in need, providing breakfast and lunch. Even if some of the students don’t need it, they want to give it to everybody.

The best advice Brother Rosen offers if you’re interested in OBR is to join or give. “We’re always looking for help financially and via volunteer efforts.” You can learn more about OBR on their website. “We take the safety and wellbeing of personnel first. Volunteers should never self-deploy. They deploy from our volunteer management team. You can download the Operation BBQ Relief app to sign up to volunteer and receive up-to-date deployment information, or fill out the form here.” They are also looking for influencers and celebrities to boost their message, and have gotten support in the past from Guy Fieri, Zach Johnson, Kurt Warner and Matthew McConaughey. “The ability to go to a community that we’ve never been to and help provide them comfort and a sense of normalcy is so rewarding.”

“Here I am 20 years after graduating, and, finally discovering the post-college connection and networking I always yearned through AEPi. Their business networking Facebook group is amazing, and truly what AEPi is all about. Every time I’ve asked for help, whether it’s for advice or hours of their help, I’ve received it.”

« Op-Ed: Standing up for Israel
Jim’s Journal: Stronger Together »