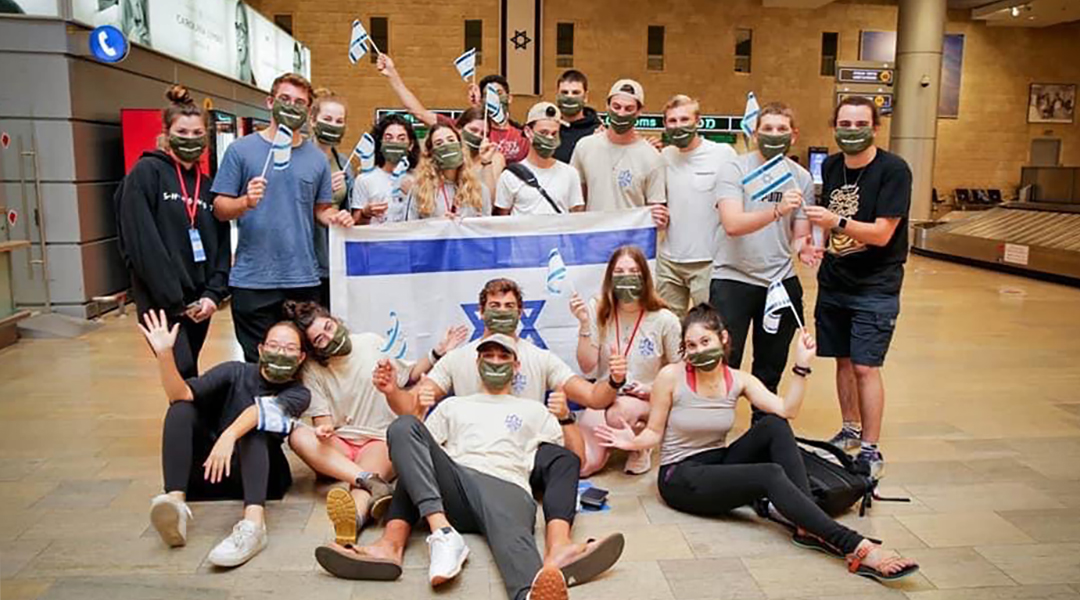 There is no restriction holding back life changing experiences for new Jewish immigrants to Israel. Brother Jacob Wirtzer (Arizona State, 2020) has recently made Aliyah to Israel and is entering the Israeli Defense Forces in November. His move to Israel comes with the support from not only his friends and family, but his Brothers in both Israel and America.

In his sophomore year, Brother Wirtzer joined AEPi just after the Alpha Sigma colony became a chapter. Setting an example for future Brothers, he became Lieutenant Master and then Master. “I learned that your success as a leader can only be possible if you make sure the next leader is as successful as you were. My success would have meant nothing if I didn’t get the next president ready.” He joined Hillel and Chabad and became a pro-Israel advocate, helping to defeat a BDS resolution on campus.

The decision to move to Israel happened while on Birthright in 2018. “I remember exactly where I was. I hate to be the typical Taglit in the Birthright bubble, but I was at Mt. Herzl. Being with the soldiers from my trip, I thought this was something I wanted to do.” Knowing he wanted to return, Brother Wirtzer came back to Israel a second time for a month. “I was staying in South Tel Aviv, which is notably the Ethiopian quarter, and being able to walk around saying wow these people are from Ethiopia but they’re still Jews was an incredible and eye-opening experience for me.” After getting a real feel for Israel, Brother Wirtzer would return for a third time, staffing and educating on a Birthright trip, gaining a stronger connection.

Being a part of the Garin Tzabar and Nefesh B’Nefesh programs made making Aliyah fairly straightforward and easy for Brother Wirtzer. Despite a few complications due to the COVID-19 pandemic, he got on the one U.S. flight leaving for Israel. “I was a mix of emotions. Anxious is a good word for how I felt because I was stepping into the unknown. Those first few steps are scary and it’s crazy to think I am becoming a dual citizen.” Once he landed, there was not the usual welcoming ceremony and parades that normally welcome newcomers making Aliyah, but that didn’t take away from his experience. “I didn’t come for the theatrics, but seeing friends make Aliyah and the parades and celebrations they had are what make it unique to Israel. Immigrants get such a different treatment here than I’ve ever seen anywhere else.” Receiving support from the Lone Soldier Center and the Israeli AEPi Brothers, he felt a sense of belonging. “Since I’m moving to Israel without any family support, I’m considered a lone solider. I’ve had an outpouring of support and I love that I have AEPi Brothers who wanted to be my support system so quickly. It makes me feel like I really do have family here.”

“Knowing I have a network of alumni and active Brothers willing to take time out of their day is something you won’t find anywhere else or in any other fraternity in the world. When you graduate, you utilize AEPi as an asset and realize how much the fraternity means to its Brothers and alumni. This is giving me a home away from home, gives me such reassurance being here by myself that I’m truly not a lone soldier.”

After finishing his quarantining period in Jerusalem, Brother Wirtzer is moving to a Kibbutz for three months before joining the IDF in November. While in quarantine, he is also keeping in shape to help achieve his goal of becoming a combat soldier. Post-army he is thinking of getting a degree in Herzliya, doing international relations via the IDF and flying for El Al.

Brother Wirtzer has been documenting his journey with the AEPi Alumni Network in Israel and has advice for Brothers who may also be considering making Aliyah. “I would say that there’s a place for you in Israel. Regardless of how religious you grew up, there is a place for you here. Experience Israel for what it’s worth. Birthright is great, but it’s an idealistic view of what Israel is. If you want to make Israel your home, try studying abroad or doing a private ulpan (private school to learn Hebrew) and see the sites you want to; experience what you want to. Come and get what you want out of it. It’ll always be the home of the Jewish people.”