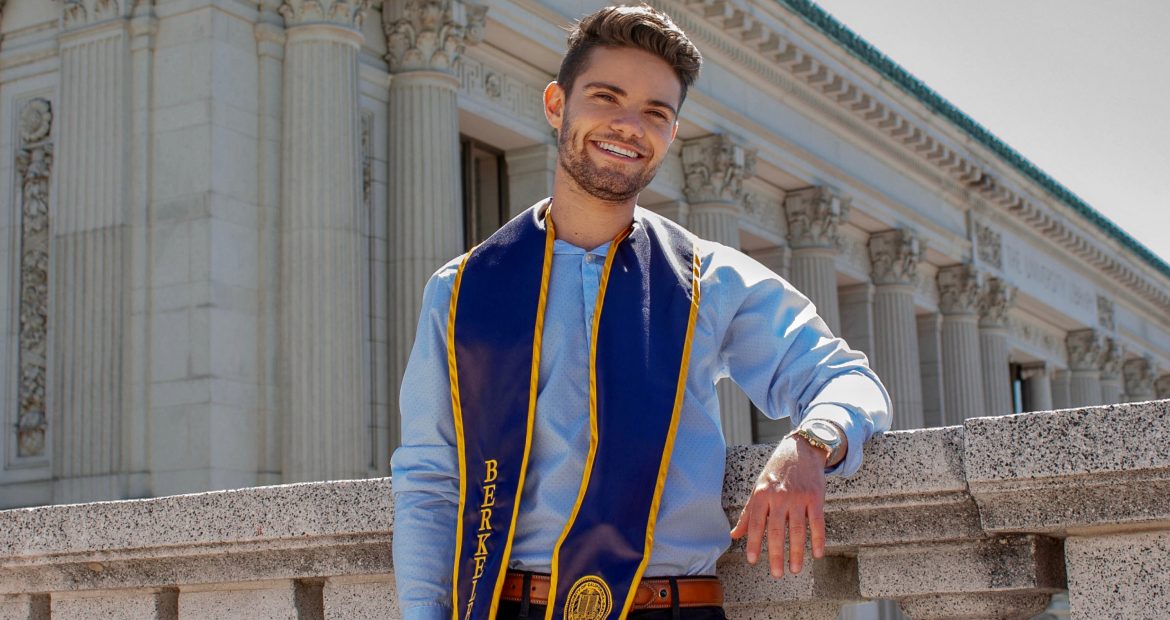 Ever spent a late night hyped-up on coffee or Red Bull, but found yourself sluggish afterward? Coffee and energy drinks have a lot of sugar and other ingredients that lead to anxiety, jitters, and, eventually, the dreaded caffeine crash. Brother Ofek Arush (UC Berkley, 2020) and his business partner, George Passantino, have revolutionized the coffee industry with Quokka Brew. With the support of his AEPi Brothers, Brother Arush has found success in the coffee industry after introducing the market’s first caffeinated jitterless coffee.

The first thing Brother Arush wanted to do when he got to UC Berkley was to rush and join AEPi. “It’s the one thing that I’d been involved with consistently since the beginning of my college experience until the very end.” Not only did his Brothers help and support him with the application process to get into the Haas School of Business, which was a dream of his, but they also helped him with his entrepreneurial goals.

“My co-founder and I were studying for a final and, like most college students, drinking coffee to stay awake. We realized how jittery and anxious we were feeling from the caffeine.” Brother Arush sent a message in the AEPi group channel to talk about the effects of coffee and found that others were having the same problem. “That led to emailing hundreds of food scientists, chemistry professors and basically anyone who would talk to us.”

“My kitchen looked like a lab; we had ingredients all over.” People came over to their apartment and tested different combinations until they found the right blend of amino acids and tropics to help counteract the jitters. After 155 attempts, they succeeded in creating a new take on coffee. “At that time, we were working really hard and didn’t really have a social life.” They conducted a double-blind test where, “88% [of people] didn’t feel the jitters or crash. We made something that actually worked and were able to start the business. That was a tough time because we were working on something that we weren’t sure would succeed.”

They started by giving out free product samples at the UC Berkley main plaza. When that became popular, they packed up their car and took their coffee to other universities like UC Santa Barbara, Cal Poly San Luis Obispo, University of Southern California and San Francisco State University. After seeing the product’s success continue to grow, they decided their next stop should be the 2019 San Francisco Coffee Festival. “We were waitlisted but were able to secure a last-minute spot in the festival. We only had 48 hours to set up but sold a little more than $2,000 worth in two days and sold out halfway through day one. We kind of thought this would just be a small college thing, we never imagined it growing to this point.”

Following the festival, they started a Kickstarter fundraiser. After working for months, they were told their product couldn’t launch on Kickstarter as intended. Instead of giving up, they went to IndieGoGo. “When Kickstarter said no to us, it was heartbreaking. IndieGoGo told us that if we hit our $15,000 goal, they would send a blast message out to their followers, which would be around 1.2 million people.” Not only did they reach this goal, they exceeded it with a lot of help from the AEPi Brothers who pre-ordered it. “Running a business is like a rollercoaster. One day is amazing and the next day is not. Everything happens for a reason and it’s about being persistent no matter what.”

The funds they’ve raised from the successful IndieGoGo campaign helped to better their product design. “We made a big transition from small little glass bottles to cans thanks to the IndieGoGo campaign. We started using cans that were more ecofriendly and because they expanded the shelf life. I’m inspired by companies like Patagonia and care more about environmental impact than the money.” Quokka Brew’s next step is to get a spot on the next season of Shark Tank so that they can find investors that will help them expand to major retailers.

“I remember when we sold our first 50 bottles and all of the AEPi Brothers wanted to try it. They helped us spread the word, which got other people on board and helped us go to different events. No matter what happens, we just have to roll with the punches and be both passionate and persistent.”