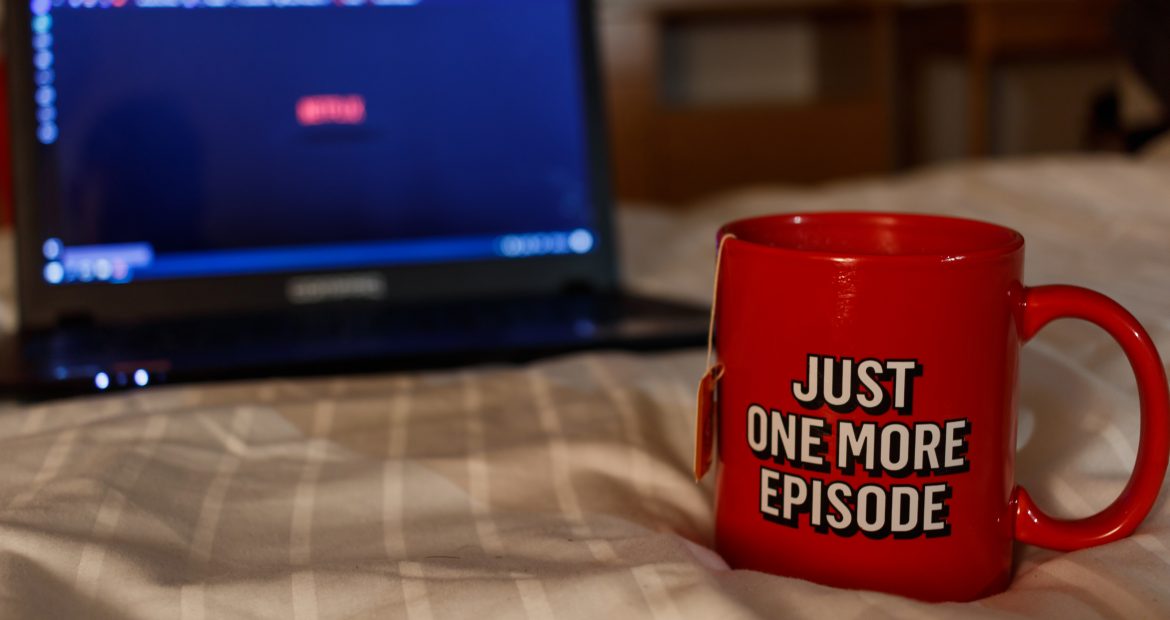 If COVID-19 has you stuck inside with nothing to do and you want to use your time productively, then you probably aren’t looking at lists of movies & TV shows to binge. But, if your goal is to relax and get the most out of your subscription services, then read on for some of the entertainment that Brothers of Alpha Epsilon Pi have created over the years.

Batman’s iconic arch nemesis, the Joker, is one of the most recognizable characters of all time. Todd Phillips’s character study “Joker,” starring Joaquin Phoenix as Arthur Fleck/Joker, tells the origin story of the troubled comedian-turned-villain with a brutal intensity. One of the intense scenes that kicks off Arthur’s downward spiral into the infamous sadistic clown stars Brother Ben Warheit as one of three men who attack Arthur on a subway train. While it isn’t exactly light watching, “Joker” makes powerful social commentary through the eyes of one of the world’s craziest clowns, while boasting outstanding performances by Phoenix, Frances Conroy, Robert De Niro and of course, Brother Warheit.

When the world is in danger, the Impossible Missions Force comes to the rescue, with more over-the-top stunt work for Tom Cruise every time. In one of the franchise’s most adventurous cameos, Brother Wolf Blitzer makes a short but memorable appearance as himself in a scene where Ethan Hunt (Cruise) and Luther (Ving Rhames) are questioning an international terrorist. We won’t spoil what happens, but we can guarantee you won’t be bored.

If you look at Hellboy (Brother Ron Perlman), your first thought would likely be less “superhero” and more “demonic beast,” but he fights to protect the world from supernatural evil and looks cool doing it. Brother Perlman brings wit and charm to the tough-as-nails title character. Directed by Guillermo Del Toro, both films feel like watching a sci-fi, supernatural, action-packed comic book.

Magnifying typical Simpsons shenanigans to the big screen, “The Simpsons Movie” follows the famous Simpsons family as they run from Springfield after Homer (Dan Castellaneta) causes an ecological disaster and incurs the wrath of one of the most ferocious entities of the U.S. government: the EPA. Brother James Brooks, who also writes and produces for “The Simpsons” TV show, produced this raunchy, high-stakes, slapstick adventure.

From the legendary comedic mind of Mel Brooks comes a parody of another legend: Robin Hood, the outlaw who takes from the rich and gives to the poor. Robin of Loxley (Cary Elwes) is returning home from the Crusades only to discover his castle is repossessed by the evil King John (Brother Richard Lewis). What follows are puns and musical numbers as an unlikely gang of freedom fighters put on their tights to end King John’s reign. “Robin Hood: Men in Tights” has the same type of absurd, irreverent humor that made Brooks’s other parodies some of the funniest hits of the 20th century, including another film on our list.

“The Goonies” is a defining entry in 80’s action-adventure. Going on to inspire shows like “Stranger Things,” this movie was doing retro before it was cool. Mikey Walsh (Sean Astin) and his friends always wanted to go on an adventure, and when a real estate firm threatens to turn their home into a country club, they get the adventure of a lifetime. Brother Jeff Cohen stars as Lawrence “Chunk” Cohen, one of Mikey’s loyal friends and among the most memorable characters from the film. After finding a pirate treasure map in their attic, the group finds themselves maneuvering around a dangerous crime family and deadly booby traps as they set off to save their home—and themselves.

Comedy legend Mel Brooks’s parody of classic 1930’s horror films tells the story of Dr. Frederick Frankenstein (Brother Gene Wilder), a successful medical doctor and lecturer who inherits his grandfather (yes, that grandfather)’s estate in Transylvania. Initially repulsed by his grandfather’s legacy of creating a monster out of reanimated corpses, the young Dr. Frankenstein decides to resume the elder Dr. Frankenstein’s legacy of “body building” and ends up creating a monster of his own (Peter Boyle). Through his experiments he explores love, the human condition and sharp vaudeville musical numbers.

Enter the world of pure imagination with “Willy Wonka & the Chocolate Factory,” the universally recognizable film that has been the subject of countless pop culture references, remakes, product spin-offs, and even memes. Based on the children’s novel by Roald Dahl, the classic feel-good story of a lucky boy who gets to visit the mysterious Wonka chocolate factory is starred by none other than Brother Gene Wilder as Willy Wonka, the reclusive candy man who makes some of the best chocolate in the world.

Brother Jerry Lewis, the King of Comedy, parodies the classic Robert Louis Stevenson novel “Dr. Jekyll and Mr. Hyde” in his wild and bombastic film, “The Nutty Professor”. Directed, co-written and starred by Brother Lewis, the film explores the duality of man through the nerdy and awkward Professor Julius F. Kelp (Brother Lewis) who invents a serum that transforms him into Buddy Love, a suave and sophisticated man of confidence. Considered one of the funniest films of all time and highlight of Brother Jerry Lewis’s legendary career, “The Nutty Professor” has inspired animated sequels, remakes (starring Eddie Murphy and Jada Pinkett Smith), and even a musical theatre version.

The longest-running sitcom of all time, “The Simpsons” rose from humble beginnings as a series of animated shorts into a synonym for American comedy. The witty and vulgar satire of America’s blue-collar life has brought praise and criticism to the famous family, but its popularity and reach remains unchanged. Created by Matt Groening and Brother James L. Brooks, “The Simpsons” is a mainstay of modern TV and sure to get a laugh.

“American Dad!” presents the hilarity of mundane family life in the most absurd, over-the-top ways. The titular “dad,” Stan Smith (Seth MacFarlane), is a hilariously prototypic American family man who butts heads with his strange family while trying to keep America safe. The popular sitcom was co-created by Brother Matt Weitzman, along with MacFarlane and Mike Barker.

The brainchild of Brother Ben Warheit and “Late Night” star Seth Myers, “The Awesomes” follows a group of young, misfit superheroes led by Professor Dr. Jeremy “Prock” Awesome (Myers) after his father, Mr. Awesome (Steve Higgins), retires from superherosim. Coming from some of the most influential and hysterical minds behind “Saturday Night Live,” “The Awesomes” is sure to entertain. Brother Warheit (who was also a writer on “Late Night with Seth Myers”) wrote several of the show’s episodes, including “People vs. Perfect Man,” “Made Man” and “Indiana Johnson and the Nazi Granddaughters.”

Waking up from a 100-year-long nap to a world at war, Aang (Brother Zach Tyler Eisen) is the Avatar: master of all four elements, and the only hope for the world to stop the Fire Nation’s aggression. Although intended for kids, this iconic animated show avoids sugarcoating topics like racism and the brutality of war, while emphasizing the themes of friendship, redemption and love for the natural world.

After losing their parents in a car accident caused by a drunk driver, the Salinger siblings have to grow up fast to take care of each other and deal with the challenges of real life. Bailey, the second oldest of the five, is portrayed by Brother Scott Wolf. From running the family restaurant to dealing with issues like alcoholism and abuse, the Salingers have to stick together to navigate their new reality.