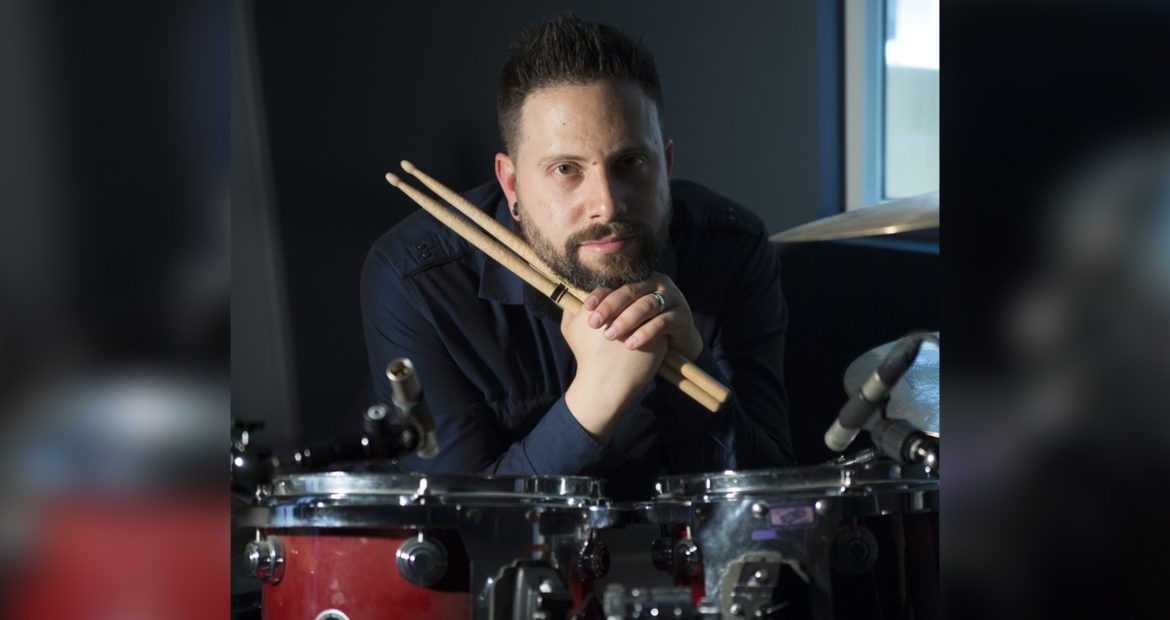 Do you ever find yourself humming to the tune of your favorite TV show? Have you ever been caught hanging on the edge of your seat as the last few musical notes of your favorite movie play out? Music is a universal language that Brother Jeremy Tisser (Cal State – Northridge, 2009) speaks. For the last ten years, he has spent his life scoring 70 projects in film, TV and video games. Brother Tisser has broken barriers in the video game industry and become the go-to virtual reality (VR) composer. His most recent project in VR was Survios’ highly-anticipated pirate adventure, Battlewake. With Survios, he also scored Raw Data, which defied expectations and became the first VR game to break $1 million in sales in a month and now boasts more than one million players. He was also the bass drummer in the opening highway scene of La La Land. Among his many other works in VR, he also recently scored the music for a Disney short, Hair-Jitsu, that is now available on Disney+. So, what’s his secret to success in the music industry?

“Every project is unique, and you have to realize that music gives a lot of subtext as opposed to the visuals, which give you context. If a person looks happy on screen, they may not actually be feeling that way and it’s up to the music to tell you that.”

Brother Tisser starts by watching the project or playing the video game a few times. Then, he and the director will sit and have a discussion on how he felt, how he should have felt and how the people the project is trying to connect to should feel when watching the same thing. “We often start with talking about emotions and the style of music they want, then I’ll just start writing. Some pieces can be easy, but other times I’ll throw away what I’m working on and start over. When working on Battlewake, we went back and forth with experimenting with sounds for months. No pun intended, but it’s the name of the game.”

His big break into the VR industry was all thanks to graduate school at the University of Southern California. “I went to USC for a well-known program called Scoring for Motion Pictures and Television. This program was being taught by legends. I was in a video game class where we were learning to write music for games. That was where I had my first opportunity to write music for a VR game. They loved my music, and I was introduced to James Iliff who co-founded Survios.”

Hair-Jitsu was an opportunity unlike anything he had ever had before. “Most of the time, there isn’t a crossover between the film and VR industry because they’re separate skillsets. However, I had a friend who worked for Tom MacDougall, the senior vice president of music for Disney. She told me they had these smaller, short projects that they were looking for composers for.” Interested, he put his hat in the ring and hoped for the best. “When they asked me for a demo with tribal percussion, I was in luck because I’m a drummer and that’s right up my alley. The entire Raw Data score was made with that type of music, so I sent them everything I had and landed the job.”

Working for Disney was quite the industry change from what he was used to in VR. While scoring a game, he would normally only work with the director and creative director. With Disney, every meeting he had involved several members of the team at once. “They made me feel so welcome and it was some of the most fun I’ve ever had. In total, I think I wrote about three or four versions. One of the coolest things about this project was using my martial arts weapons as percussion instruments and sounds. If you watch the short on Disney+, there’s an interview with Hair-Jitsu Director, Brian Estrada, and you can see behind the scenes clips with me and some of the weapons being used in the editing room.”

This project, along with Raw Data, have easily been his favorites to work on so far. “When the game blew up, it was only a ten-minute demo. Once we made it into a full-scale game it took off even further and changed the VR landscape. Players were meant to feel like they were the star of a 1980s action movie, so I had to pull out all the stops and write like they did forty years ago. Hair-Jitsu will always have a special place in my heart though because it was my first solo composer job for Disney.”

The entertainment industry can be one of the most brutal out there. Hollywood can swallow you up and spit you back out, but Brother Tisser is happy AEPi inadvertently prepared him for this. “Some of the basic guidelines I got as a new member is that you only get out of the fraternity what you put in. You get discouraged a lot in Hollywood, but you need to remember to persevere just like new member education teaches. That lesson has stuck with me the most and some of my closest friends are in the fraternity.” To his surprise, he still sees support from his Chi Nu Brothers. “I’m amazed and shocked that whenever I have a film screening, a Brother is there to watch it. I’ve even seen AEPi start to bleed into my career now. It’s that connection, no matter the distance, that made AEPi always feel like my home.”

Music has been a part of Brother Tisser’s life for as long as he can remember. “This is my passion and has been since I first played the drums at nine years old. I’ll never forget playing the drums at my bar mitzvah, that was my first time playing live. I thought I was amazing at the time and looking back, I have to wonder if I was actually that good.” He uses music as an expression and finds it to be just like any artist who creates artwork. “Film and gaming can be pretty different. When I work on a film or game, I have to pull on the emotion of the content I see before me. VR puts you in a state of mind that can be overwhelming. It actually transports you somewhere else, and my job is to enhance that experience with the music I create and draw you in more rather than take you out. Picture, on the other hand, is synced to what’s happening on the screen.”

“Right now, I’m keeping the door open with Disney because that was such a fun opportunity. If you’re ever looking to get into this industry, it’s important to realize early on that this is a marathon, not a sprint. Some people get stupid lucky and meet the right person at the right time, but if you aren’t one of those people you need to keep going and be persistent. One of the hardest things in our industry is dealing with rejection and the lull between jobs. One of the most unique moments in this industry for me was watching Hair-Jitsu with my daughter and watching her smiling and clapping along to the music.”

You can catch Brother Tisser’s music in Hair-Jitsu on Disney+. His music from Battlewake is also available on Apple Music and Spotify. Check him out!