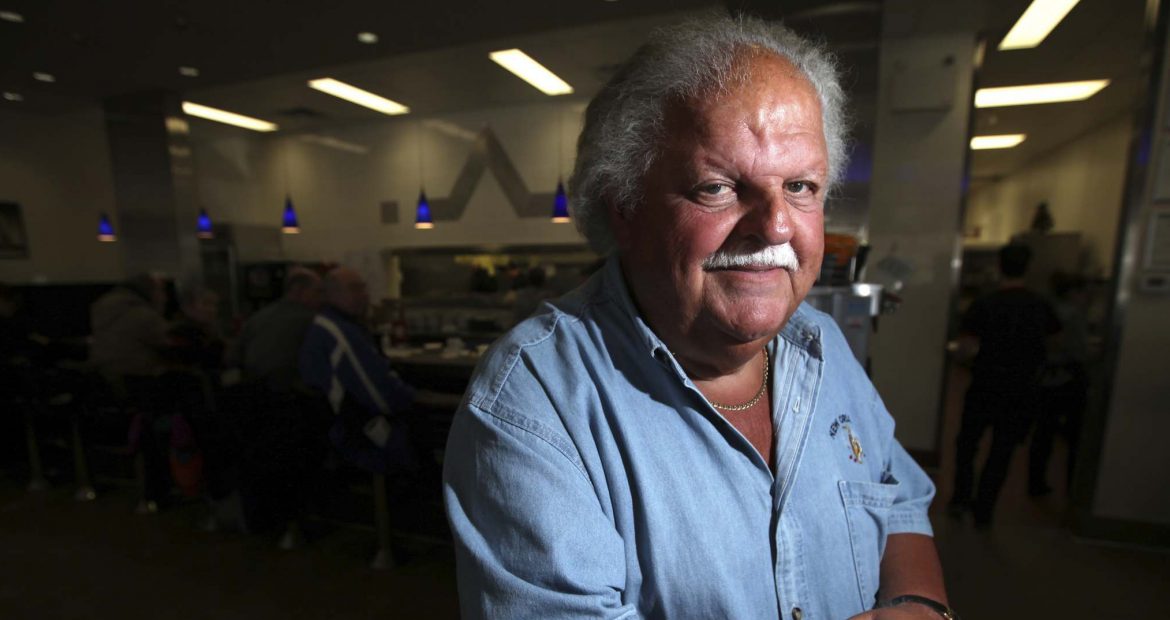 In preparation for Mensch Madness, AEPi’s philanthropic twist on March Madness, we’re going to feature Brothers with a connection to college basketball — something close to the heart of Founder Charles C. Moskowitz. Register your Mensch Madness bracket before Thursday, March 19!

Brother Earl Barish (Manitoba, 1963) will never forget attending his first college basketball game. He was on a trip to Detroit and was asked to attend one at the University of Michigan in Ann Arbor. “Seeing 15,000 students screaming at the top of their lungs and rooting for their team was such an intense experience. You could cut the tension in the room with a knife. There were thousands of kids jumping up and down; it was a phenomenal experience.” At the time, Brother Barish owned the Winnipeg Cyclone in Manitoba, which was a professional basketball club in Canada that competed in the International Basketball Association (IBA). He wanted to see energy like that in the stands at basketball games in Canada.

“I played ball in high school, and even kept up with the sport at the local YMHA while at the University of Manitoba. I was a good shooter, and always lined up to throw three pointers from the corner. Playing those games at the Y for 15 years was probably where my love for the game came. There’s an old saying that when you can’t play ball anymore though, you go and buy a team.”

The IBA was founded in 1995 by a group of businessmen, including Brother Barish, and led by Tom Anderson. “The league started with five teams that year. When the IBA was announced, reporters were calling with questions and Tom couldn’t handle the stress at the time due to other commitments. He asked me to take over as league president, so I did.” The league grew from five teams to ten, and Brother Barish was off to the races to find a commissioner for the league, as well as a coach for the team in Winnipeg that he owned. He reached out to Alex English, a Hall of Fame inductee, to be the commissioner. “Alex was the Michael Jordan of the 80s. I knew his input would be valuable and that, together, we could grow the league.” For Winnipeg’s coach, he eyed one of basketball’s best, Darryl “Chocolate Thunder” Dawkins. “Dawkins, along with Julius Erving, changed the game of basketball. He was a gentle giant and quite the character. Our players loved him and he loved showing them a thing or two about the game.”

The IBA wasn’t the only league around and had competition with the Continental Basketball Association (CBA), which had already been around for about fifty years prior to the IBA’s formation. “The CBA was concerned that taking funds from the NBA would affect them, but they had their own internal problems and eventually went bankrupt. Once that announcement was made, we decided to form one, strong league instead. We maintained the CBA’s name because they were established well before the IBA.” Brother Barish stayed with the CBA until 2000. “Eventually, the NBA Development League took over things. While it wasn’t an ideal ending for the IBA or CBA, we are a slice of the NBA’s history. Running these organizations in their prime was really enjoyable though. This was a period of time where there wasn’t a Canadian player in the NBA and basketball wasn’t as strong of a sport in Canada. Winnipeg could never afford an NBA team, so this was the next best experience.” While he felt as owner his place wasn’t in the locker room because that was the coach’s place, he enjoyed getting to know the team members after the games. “I’ll tell you what, basketball players really love chicken wings. We used to go out after games, and I’d buy wings for the guys and we’d chat for a while. They had their own lingo. Being a part of this experience was something really special for me and taking trips with Alex English to work with the NBA made it worthwhile.”

Basketball wasn’t his only entrepreneurial involvement. He was also integral to the Barish family’s involvement in growing Dickie Dee Ice Cream from 8 three-wheeled pedaled ice cream bicycles in Winnipeg to the largest ice cream vending company in Canada. He is also heavily involved in B’nai Brith Canada and believes they can work hand-in-hand with AEPi Brothers. “When I attended university at Manitoba, it made sense to join AEPi. I was a young kid and needed interactions with other students. Somewhere along the way in my life, my principles of human rights and Jewish values were developed. I feel AEPi was a part of creating who I am today and my involvement with B’nai Brith Canada. The thought of a fraternity that is focused on values of Judaism and helping others in the community is important to me. I’m prepared to be involved with AEPi now, especially as a partnership with B’nai Brith.”