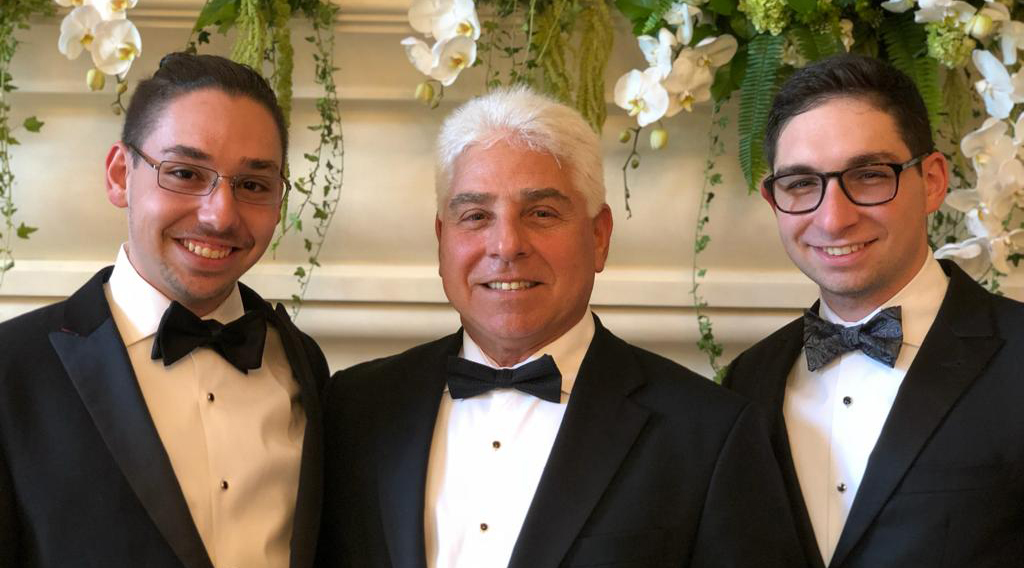 Tucked away in Nassau, Bahamas, the Hoffer family has remained a beacon of their small Jewish community for four generations. The family has become a household name among Bahamians with their sportswear and urban fashion business, Hoffer Sport. For the last 40 years, Brother Norman Hoffer (South Florida, 2016) and his two brothers have run the family business. With the passing of their father and the patriarch of the family, Harold Hoffer, last year, full responsibility for the business has been turned over to them. Brother Hoffer has been running the business since he graduated from the University of South Florida in 1978.

“My father was known in the Bahamas for opening his business to people of all creeds, background and color. That was very uncommon at the time, due to open segregation and discrimination in the country. He was an inclusive and respectful man. Our loyalty to our customer is what has kept them around for four generations. I get kids today shopping with us whose fathers and grandfathers did when they were younger. Hoffer Sport is a symbol of genuine product in Nassau.”

Brother Hoffer’s father, Harold, was a refugee who came with his mother and sister on a freighter from France in 1928. “The Bahamas was a British Colony at the time, so it was easy to step on land and stay. We were one of the first Jewish families here.” Harold had uncles in the clothing business that would send boxes of shoes on credit to him in the Bahamas. That’s how the company really got started. “My dad worked hard and bought property and buildings here. He had a hotel for many years. He was a successful businessman. He was the main supporter of keeping Jewish presence alive in Nassau, so he helped start the Nassau Hebrew Congregation and gave them a storefront as a meeting place.” A Yente (Yiddish for matchmaker) arranged Harold’s marriage to Brother Hoffer’s mother, who was from Chicago.

Just like that, Brother Hoffer was integrated into the island life. He was one of three boys and two girls. “I remember my grandmother making all kinds of traditional Jewish foods. She and my father used to speak Yiddish to each other.” His mother moved him and his sisters to Miami when he was nine years old so that they could experience the American Dream and lifestyle. Anytime they had more than a week off or if it was a Jewish holiday, they went back to the Bahamas. However, a bulk of his early life and education was in South Florida. When he graduated from college, he tried to open a couple of stores in Miami. “It was very difficult, just very competitive. My brothers and I decided to come back to the Bahamas and build there. We turned our dad’s old-fashioned general store into a sporting goods store with brand names like Nike, Reebok and more.” Getting inventory to sell wasn’t easy; big brand names didn’t want to open an account with anyone in the Bahamas. It was like practically pulling teeth until Brother Hoffer got his first big offer in. “I went to a lot of trade shows and picked up lines, pioneering brands no one had heard of in the Bahamas. As aggressive as I was, it was hard because companies wanted us to pay them in advance for the inventory. Finally, Nike offered us a $20,000 order that someone else had cancelled. I bit the bullet and took it all. Hoffer Sport became a major Nike dealer in the Bahamas and still is today because of that risk.”

Brother Hoffer has two sons, Aaron Hoffer (Guelph, 2016) and Carl Hoffer (Guelph, 2019), that are also Brothers of the fraternity. In 2016, he approached Aaron about being honorarily initiated into the fraternity. “I wanted to be a part of his world and the AEPi world. We didn’t have AEPi at my school when I was in college. I wanted to feel like I belonged and be part of a brotherhood.” He recalls when Aaron first started attending the University of Guelph, and the advice he gave to him. “I told Aaron to find the Jewish fraternity. I didn’t know about AEPi, but my son was young and alone in a college in Canada and I knew he needed to be with people like him. Growing up Jewish in the Bahamas is hard, there’s not a lot of exposure to Judaism. Aaron and his brother were bar mitzvahed, but there wasn’t much of an influence on them here. It turns out Aaron loved being in AEPi, he even works for the fraternity now.” He will never forget the opportunity to be initiated at AEPi’s 103rd International Convention in Fort Lauderdale. 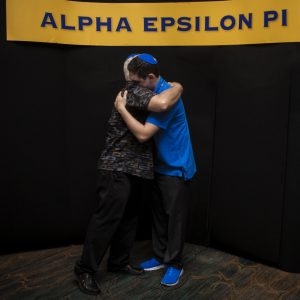 “I loved the whole process. I felt I was becoming a part of something bigger than me. I was doing this for the Jews who have come before me and died because of their heritage. I may not be super religious, but I uphold traditions out of respect for those who have suffered before me. It’s super special calling Aaron and Carl my Brothers. That’s two generations of connection. Even though I didn’t get the AEPi experience in college, I’m made to feel no different as a Brother now. I know they do great things to teach the next generation of Jews, and that’s a great cause.”

Last year, the Bahamas was hit by Hurricane Dorian, one of the most devastating storms for that region in recent history. As a category five hurricane with winds peaking at 183 miles per hour, it sat over a Bahamian island for nearly 48 hours. “Most hurricanes move through at a slow pace, but this one just stalled here. After pounding Abaco and other areas, there was nothing left. Places were flattened and they’re still finding bodies to this day. We were lucky that Nassau didn’t get directly hit, but we feel the effects in our economy. On top of that, we took in about 30,000 people that were evacuated. Without homes, those people have nowhere else to go.” In total, Hurricane Dorian did about $3.4 billion in damage and devastated 13,000 homes. This was Brother Hoffer’s home; these were his people. He knew he had to do something to help them. “Children were displaced in homes and hostels across the island. They needed supplies, so I picked out about $10,000 worth of kid’s shoes and clothes, packed them up and had them delivered.” Although he did it quietly and wasn’t looking for any type of publicity, the Bahamian people know where it came from. “I did it out of my own small way as a personal thing, similar to the ideals of Tzedakah or Tikkun Olam. I gave it all to Ranfurley Home for Children. If you want to help the Bahamas, support them through tourism. Due to media portrayal, everyone thinks the entire country was destroyed but that’s just not the case. All resorts are operating, so keeping them running will help the people.”

Hoffer Sport currently has two locations in the Bahamas. The original store is still open in Nassau on Bay Street. “Things have been hard with the economy since the crash of 2008, but we are hoping that after the cruise ship port is rebuilt there’ll be more traffic in the store.” With the hope that the economy picks back up, Brother Hoffer looks to his family as the next generation to run the business. “Forty years in the business and I’m still working.” If you’re ever in Nassau, be sure to stop in and say hello to Brother Hoffer.