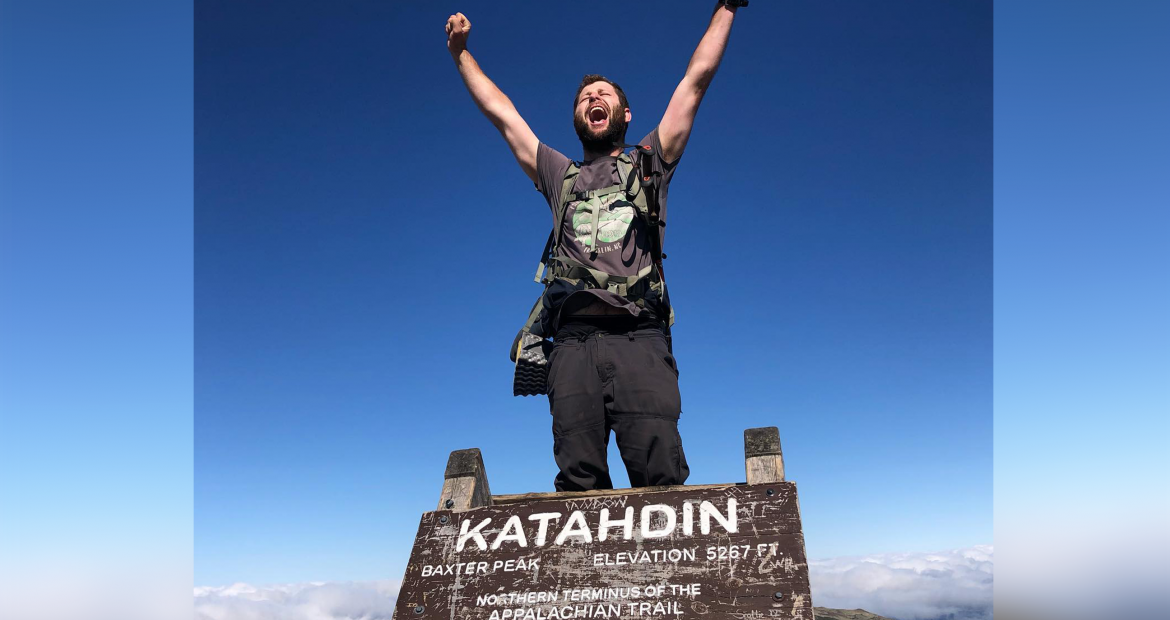 For Brother Ary Manzhukh (Maryland, 2011) the journey of 2,192 miles began with a single step.

The Appalachian Trail—stretching from Springer Mountain in Georgia to Maine’s Mount Katahdin—is the longest hiking trail in the world and is considered a destination for lovers of the great outdoors. The trail is long and tedious but takes hikers through some of America’s most beautiful natural wilderness, such as Shenandoah National Park and the Great Smoky Mountains. Hiking the trail was always on Brother Manzhukh’s bucket list. As he was considering a series of life changes like a new career and getting back in shape, he figured that this was the perfect time to do it. “I wasn’t getting any younger,” he said. “Now was the time to try this out.”

While getting his affairs in order, Brother Manzhukh had to prepare himself mentally and physically for the hike. Traversing 14 states on foot over the course of seven months can be an exhausting feat, especially since many days are spent alone. Brother Manzhukh watched YouTube videos and read blogs to get as much information as he could. He gathered information about what gear to bring, scenic points on the trail and where to find water. Since Brother Manzhukh left his job to take on this challenge, he knew that he had to commit.

On the trail, Brother Manzhukh took his goal one day at a time. Hiking 10-20 miles a day for several months can lead to a “rollercoaster of emotion,” as Brother Manzhukh put it. Most days involve walking the trail, eating easy-to-cook meals like oats and instant coffee, making camp, and doing it all over the next day. Some days would involve no hiking in order to rest or enjoy the area, which is called a zero-day. He would listen to podcasts, enjoy the scenic wilderness and update with social media to keep his friends and Brothers updated on his adventure.

Since he was very involved as an undergraduate in the Delta Deuteron chapter at the University of Maryland, Brother Manzhukh still counts his chapter Brothers among his best friends. “They would call me just to talk or give me support,” he said. “About three-quarters of the way through the trail, I happened to be in New Hampshire, and I took a bus to my Pledge Brother’s wedding.”

Brother Manzhukh’s experience with the Appalachian Trail taught him a lot about perseverance. Of the people who set out on the trail, only about 25% make it all the way through. “I took a couple days off at my home in Maryland,” he said. “Getting back into the routine of the trail afterwards was tough. The trail is literally full of ups and downs, and that’s kind of how your emotional mindset is.” When he found it challenging to keep going, Brother Manzhukh would remind himself that it’s not about the end, but about the journey. “I learned how to be present and just enjoy where I am.” Brother Manzhukh advises others to remember the big picture and keep going. “Don’t let a small problem become a trail-ending problem. I hurt my knee at one point, but gave myself time to heal, then I kept going. The important thing is to never quit on a bad day. Take a zero-day, stay at a hostel, and keep going.”