Voices: How Sukkot Changed My Life 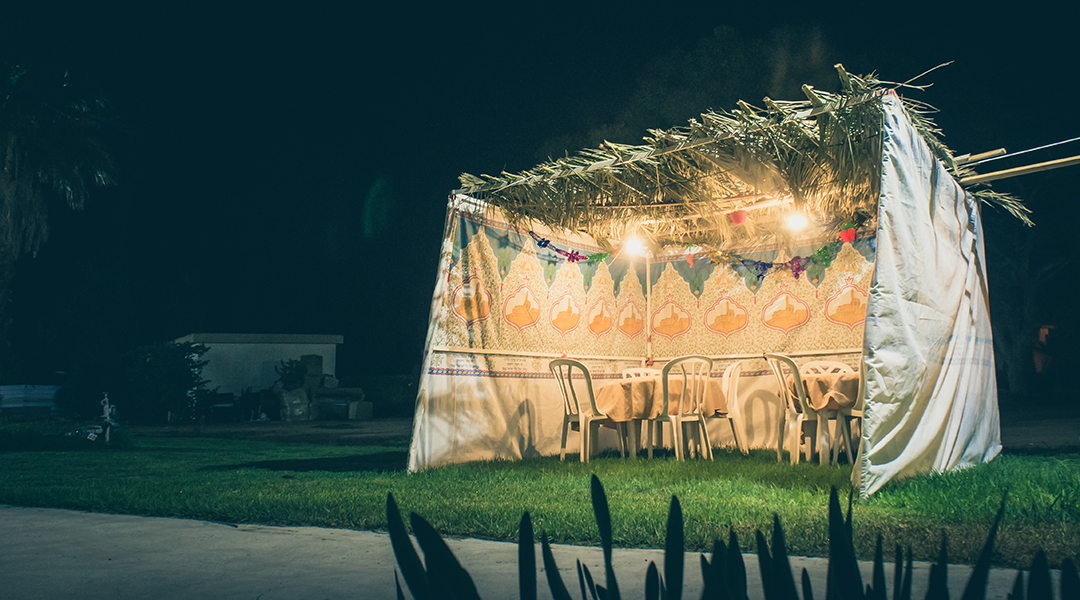 When I first arrived at West Virginia University, I didn’t know many people. I was looking for friends, I wasn’t part of a community. When I met my roommate and he introduced himself as Jewish, I was surprised because Morgantown, West Virginia is the last place I expected to meet other Jewish students. Aside from participating in BBYO my junior year of high school, I was not very involved in the Jewish world, so I was slightly hesitant when my roommate told me about celebrating Sukkot at the Chabad House. In hindsight, attending that event is what strengthened my connection to the Jewish people and made me who I am today.

On the night of Sukkot, the master of the Alpha Epsilon Pi colony at West Virginia, Steven Daitzaman, met my roommate and me in our dorm and took us to the Chabad House. I met the Rabbi and his family as well as other Jewish students, and the whole time I still couldn’t believe that there are Jews in West Virginia. I met Aaron Kramer, one of the Brothers in AEPi who mentioned that he worked out at the university gym, so for the next week we worked out together at the gym. Near the end of that week, Brother Daitzman reached out to me and asked me to meet him at Hillel. When I got to the Hillel center, he pushed a card and a pen towards me. I was surprised to see it was a bid card to join the Alpha Epsilon Pi Fraternity at West Virginia University. At the time I had no idea what any of this was, but I signed the bid card anyway. Signing that bid card was the best decision I ever made.

Throughout my college years, I attended a good number of Shabbat dinners at both Hillel and Chabad with my Brothers. I attended the two Shabbatons–the Chabad convention for college students to interact with other Jewish students from different college campuses. I became more involved with Judaism in my college years than ever before. Being involved in Alpha Epsilon Pi, Hillel and Chabad led me to finding my Jewish family in Morgantown, West Virginia.

I am very thankful for all of these opportunities which have led to where I am today working for Hillel at Muhlenberg College after a year as a Jewish Programming Associate for Alpha Epsilon Pi International Headquarters. I strive to keep increasing my Jewish Involvement no matter what city I find myself in. More than anything, I am thankful for what attending that Sukkot event my Freshman year gave me: my ticket to AEPi and the Jewish community. I learned that anywhere you go in the world, there will always be a Jewish community. Throughout my years in college, I saw the Morgantown Jewish community grow and become stronger every day. Through the combined efforts of AEPi, Hillel and Chabad we were able to increase representation for Jewish students and have a safe Jewish home away from home. On other college campuses, the work that AEPi Brothers do helps Jewish life flourish. Even if there is not a Jewish community on a college campus, you can always make one.

I am very thankful for all of these opportunities which have led to where I am today. I strive to keep increasing my Jewish Involvement no matter what city I find myself in. I would have never guessed that attending one Sukkot event at Chabad was my ticket to the world of AEPi.

Check out these photos of our Brothers building Sukkahs and celebrating Sukkot in their communities.

If you’re celebrating in the sukkah with your Brothers this week, be sure to send pictures to [email protected]. Chag Sameach!