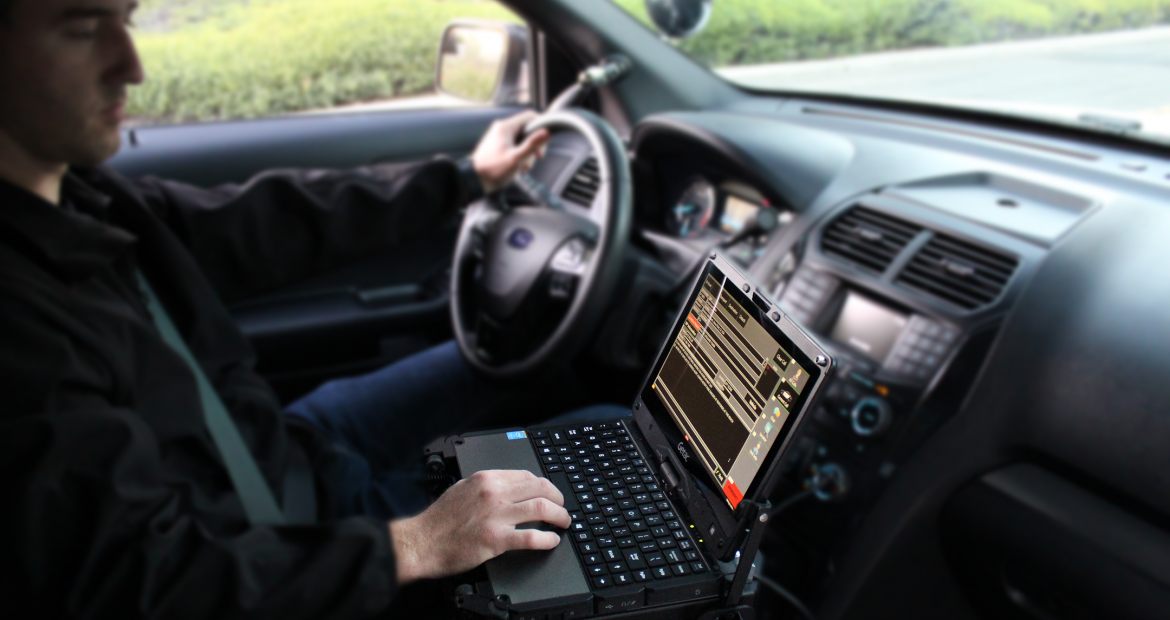 For first responders, getting there fast is everything. Mere seconds can be a matter of life or death in emergency situations, which is why Brother Bryan Ruef (Cal State – Fullerton, 2020) was surprised to learn how inefficient some emergency dispatch solutions can be.

A California native, Brother Ruef grew up in Mission Viejo, California and is currently studying engineering at California State University, Fullerton where he joined the Chi Phi chapter of AEPi. In high school, he volunteered as a Police Explorer with the local Sheriff’s office. It was through those experiences that he developed his interest in law enforcement technologies and observed that the dispatch program used by the office may be holding them back.

“The system that the department’s paying millions of dollars a year for just wouldn’t work half the time. A few years later I became an EMT and I noticed that their system had a lot of the same issues because the software was just old and antiquated.”

That’s when Brother Ruef was inspired to create 10-8 Systems, a cloud-based computer aided dispatching, mobile data terminal and record management system. The initial idea came from a dispatch system he created to make the popular video game Grand Theft Auto seem more realistic, which was later combined with his years of experience with first responders and industry needs. “I wanted to build a system by a first responder for first responders,” said Brother Ruef. “I could tell that the other systems were built by a computer science guy with no experience in the field.”

One of the largest benefits of 10-8 Systems is that as a fully cloud-based system, it is always up and running at a moment’s notice and keeps overhead costs at a minimum since agencies don’t need any special hardware to install the programs on. Installing a traditional dispatch system means that an agency has to buy servers, an information technology team and special devices to run these programs. This also means that if officers needs to write a report they would have to go back to the station and sit at their desk for several hours before getting back to the field. 10-8 Systems allows reports to be filed from virtually any device with an Internet connection.

“This system uses the same servers and hosting platform that the CIA uses, which makes it very secure. This eliminates the cost of agencies having to pay for servers and IT teams, as well as the headache of making sure servers are always up.”

By making use of modern tech such as global positioning and location tracking, 10-8 Systems is also an effective search-and-rescue system. Natural disasters tend to be unpredictable, and rescue teams often use technology that is quickly put together, making it unreliable and complicated for volunteers to learn. 10-8 Systems has been implemented extensively to help victims of Hurricane Dorian in the U.S. and Bahamas, where it has already saved hundreds of lives. CSUF News published an article covering the system and its impact.

10-8 Systems won Brother Ruef first place in CSUF’s Startup Incubator competition, and it’s quickly being adopted by agencies and services all over the country. With the support of his Chi Phi Brothers and with his dedication, Brother Ruef continues to develop both his company and its products while pursuing his degree. With the early success and recognition of his startup, Brother Ruef is optimistic about the company’s future. He plans to keep improving features and keeping products low-cost to remain accessible. In addition to bringing dispatch services into the modern age, 10-8 Systems has the potential to save and improve countless lives. “This startup is going to be big,” says Brother Ruef. “To be able to bring this to the people who are ‘boots on the ground’ and saving lives in these awful situations — it’s an amazing thing.