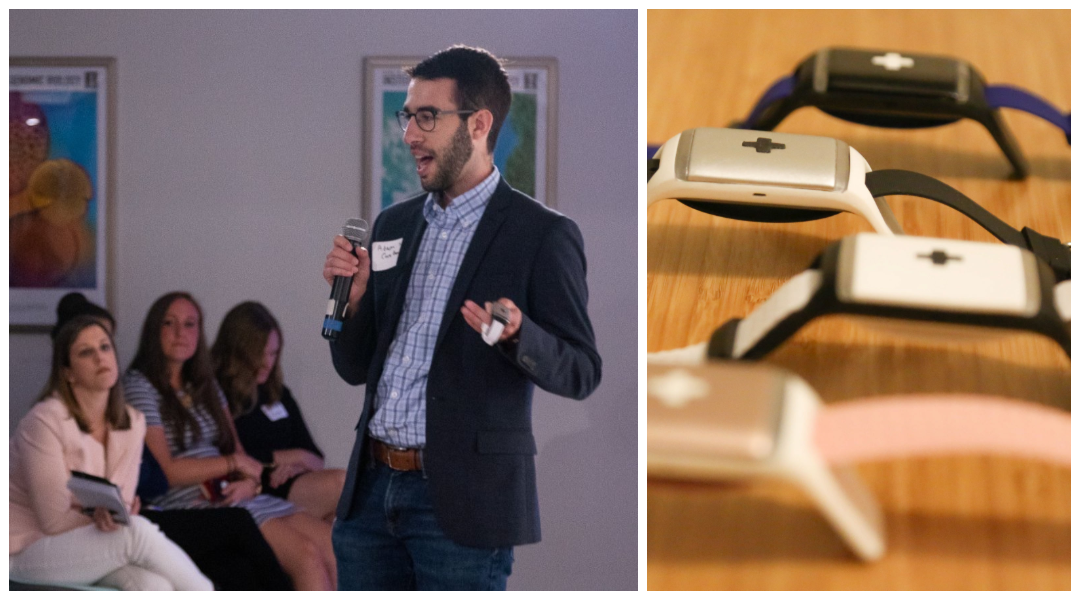 Millions of people worldwide live with dementia, with approximately 10 million new cases developing every year. Brother Adam Sobol’s (Indiana, 2015) invention, Careband, is a piece of wearable technology that is designed specifically with the safety of people with dementia in mind.

Originally from Dayton, Ohio, Brother Sobol received his bachelor’s degree in informatics from Indiana University, where he was a member of the Beta Iota chapter of AEPi. In addition to shaping his college experience, Brother Sobol credits AEPi as being the support system he needed to succeed. Already an entrepreneur during college, Brother Sobol and another chapter Brother started a student-to-student marketplace business. After graduating, Brother Sobol started Careband as a business while pursuing a master’s degree at Indiana in cyber security and information systems. 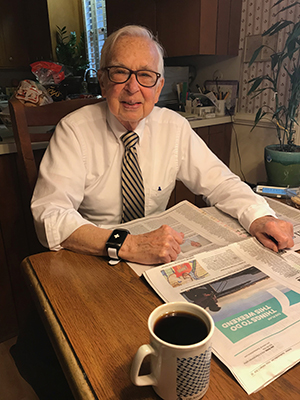 The idea came from a combination of Brother Sobol’s lifetime interest in technology, as well as his family’s history in medicine. His father is a geriatrician who had suggested that using Apple’s location awareness technology, called iBeacon, to track people with dementia if they wander off and get lost. “I didn’t know much about Alzheimer’s or dementia,” said Brother Sobol. “Looking into it, I realized that a lot of people had a personal connection to it, so I started working on the technology after that.”

Much like a smart watch, the Careband device is a wearable piece of tech designed to track location, movement and behavior patterns. However, Careband is unique in its ability to track patients without a cellular or WiFi connection. Using an “Internet of Things” platform called LoRa allows Careband to function outdoors and miles away from the central hub. Since dementia can cause confusion and an inability to even ask for help, wandering off can be dangerous or deadly for the elderly. Using a variety of metrics and data points, Careband can track habits and behaviors that can signify other ailments, such as pneumonia or infections. This technology allows caregivers to understand care needs with greater peace of mind. The device also features a panic button, which can be enabled or disabled depending on individual patient needs.

Careband’s primary market is the care industry, including assisted living facilities and nursing homes. Brother Sobol recalls hearing from a nursing home in Chicago where an elderly man with early stage dementia snuck out of the building and took off into the city. Staff spent eight hours looking for the man before he was found safely in a park. “They told me that if they had Careband, they could have found him in minutes instead of hours,” Brother Sobol said. “And, since then, they’ve adopted Careband for their patients.”

Careband is still a growing business in an ever-evolving tech industry, yet its potential is quickly being recognized. The National Institute of Health recently granted $300,000 to Careband to continue research and development, mainly to test how Careband operates in rural areas with limited Internet and to study if the device can detect agitation in people with dementia. As Careband continues to grow, so does its potential to improve and save lives.