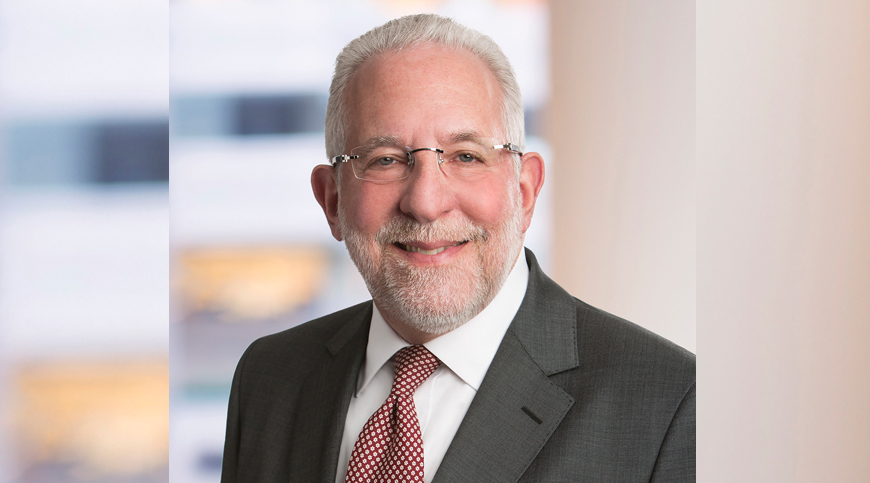 Growing up in a small rural town of southern New Jersey, Brother Gary Kushner (Michigan, 1972) didn’t know many other Jews and often experienced anti-Semitism. Sure, his family kept Kosher and he went to temple in Trenton, so he had a strong Jewish identity; but his exposure to Jewish culture and friends was limited to just that. “I found myself attracted to any opportunity to be involved with the Jewish community. I was in United Synagogue Youth (USY) and went to Israel on a trip through them, which left a lasting impression on me.” Attending college and joining AEPi at the University of Michigan ultimately solidified Brother Kushner’s position to sustain his Jewish identity after college and make a difference, particularly when the topic was about anti-Semitism and the role of Israel in the world. After graduation, he found himself on a path that eventually led to taking on multiple roles with the Jewish National Fund (JNF). Currently, Brother Kushner is on JNF’s national board of trustees, the president of the D.C. metropolitan area board of directors, chairman of the JNF task force on disabilities and will co-chair this year’s JNF national conference.

“AEPi was what brought me closer to the Jewish people. I was just discovering myself as a college freshman and came from a sort of sheltered life, so it was great to have Brothers I could look to who looked after me and were my role models.”

Even though fraternity life was fairly dormant at the height of the Vietnam War in 1969, he moved into the chapter house and enjoyed his time with his Brothers. “We rushed, pledged and remained Brothers together. I never forgot that I was an AEPi Brother and after all these years, I feel a connection to Brothers I meet and share the handshake with.”

He went on to graduate, attend law school and has served as a lawyer to food trade associations and large food corporations across the globe for more than 40 years. He revisited his desire to help the Jewish community when he was about 40 years old and became actively involved with the Anti-Defamation League (ADL). He served on the ADL National Commission for 20 years and was vice chairman of ADL’s Washington, D.C. board. But his work on behalf of the Jewish community, especially Israel, escalated while on a JNF trip to Israel in 2010. “My wife and I decided to visit Israel on a JNF mission. I learned so much about JNF on that trip, including their programs and affiliates in Israel to provide services to those with disabilities. Through JNF, I got to know IDF Major General (Res.) Doron Almog, who founded Aleh Negev Nahalat, a state-of-the-art rehabilitation village in the Negev for those with severe disabilities. Although I had no personal connection to people with disabilities, I wanted to work with Doron.” He was asked to chair the Aleh Negev board of trustees and was selected to head JNF’s task force on disabilities the following year.

“Since taking on these roles with JNF, I feel like I’m making a difference in the Jewish world. However, there’s always so much more work to be done. We are facing challenges like the BDS Movement, anti-Semitism is on the rise and Israel is constantly under attack. I keep moving forward though because I feel it’s an obligation for us all to help keep Judaism and the Jewish culture alive.”

Approaching the early stages of retirement as a lawyer, Brother Kushner sees no end to his passion of preserving Jewish heritage. He spends his days recruiting people for the task force on disabilities, raising funds to help those in Israel with special needs and volunteering countless hours to helping support JNF affiliates in Israel. “It’s fulfilling that I’ve made so many friends here at the JNF. It feels like an extended Jewish family, like AEPi does for me. Since my trip to Israel with JNF nine years ago, I’ve been back about a dozen times to check up on various affiliates and talk with their boards and leadership, and plan to continue as chairman of the task force.”

“There are so many reasons why AEPi Brothers should stay involved with the Jewish community after college. We are such a small percentage of the U.S. population, and even smaller in the world. If Judaism is important to you, then staying involved is a way to reinforce your sense of belonging. There are also many ways to remain involved, whether it’s becoming an AEPi chapter advisor or getting involved with organizations like JNF, ADL or any other Jewish organization. You could even start with your local synagogue. I find so much satisfaction in sustaining the Jewish culture and can’t wait to spend the rest of my life with JNF, AEPi and my family.”

« Voices: When is it Okay to Posthumously Initiate?
FridayPiday: Meet Your ELC »