Voices: When is it Okay to Posthumously Initiate? 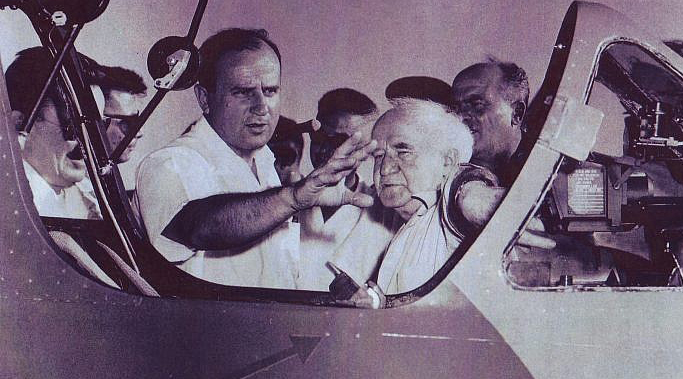 When is it okay for us to honorarily initiate someone into AEPi? Every year, the fraternity asks that question and approves a select few men to become part of the greatest fraternal organization on earth. To be considered, an in-depth nomination and approval process generally ensues within the Supreme Board of Governors. There are a number of factors that determine when a candidate is deemed an appropriate choice for the honor – maybe they wanted to join but no chapter existed at their school, or they have an extremely close working relationship with the fraternity. In the summer of 2018, I had the honor of initiating both my father and grandfather into AEPi’s ranks of Brotherhood. However, this honorary initiation was different from most. My grandfather had passed away in 2011, and was posthumously becoming a Brother of AEPi. While this was certainly special for me and my family, the unique circumstance do bring up an important question: Is it appropriate to posthumously initiate someone into AEPi? The answer, I believe, is it depends.

"He was a leader that was not deterred by dangers or wars; who laid the foundations for Israel's superiority in advanced technology"

Shimon Peres about Al Schwimmer, the founder of Israel Aerospace Industries after he died.

In making the case for my grandfather, my first qualifier for a posthumous initiation is an individual’s worthiness in joining the fraternity ranks. Al Schwimmer (1917-2011) was an American-born contributor to the survival of the State of Israel. His infatuation with aviation began early, later serving in the United States Transport Command in World War II. After the war, he led an operation to smuggle planes and weapons into Israel during Israel’s War for Independence. This was the nucleus for what would later be the Israel Air Force. Without an aerial attack and weapons brought over from various parts of the world, Israel very well could have failed to fight off its neighboring armies. In hindsight, his actions and those of many others kept the state of Israel alive.

My grandfather was a tremendous leader of the Jewish people, and would certainly be what any reasonable person would consider “worthy” of being initiated into AEPi. Of course, we can’t just initiate anyone for the sake of saying they are an AEPi Brother now. If there was no standard set, we could easily initiate Albert Einstein, Sigmund Freud, David Ben-Gurion and many other influential Jews; without them ever even knowing or experiencing it. That would be an abuse of the initiation power, and completely at odds with the fraternity’s values. While an individual’s worthiness is important, it can’t be the primary motivation in posthumous initiation.

So what should be a determining factor in the decision to allow a posthumous initiation or not? Is it appropriate to speak on behalf of the deceased? Part of my answer to this lies in the person’s connection to the mission of the organization. AEPi has expanded globally since our founding in 1913, and our presence has grown tremendously. We not only offer a home for young Jewish men, but we fight anti-Semitism and raise millions of dollars for Israeli and Jewish causes. Based on his accomplishments and personal views, I can undoubtedly say that Al Schwimmer’s values aligned with the fraternity’s, and that he would have wanted to represent them as a Brother of AEPi.

Another crucial determinant is the individual’s connection to the fraternity by kin. I walked into rush in the Fall of 2012, a freshman with no direction on a campus where I knew no one. I truly had no idea what this organization had in store for me. Upon getting pinned and welcomed into Alpha Epsilon Pi, there was no looking back. Two years later, I was president of my chapter, and I will never forget the phone call with my dad on the night of the election.

“Your grandfather would be proud,” he told me.

This organization has given me more than I can ever repay it. The case to initiate my grandfather is bolstered by virtue of the important role AEPi has played in my own life. Because of this, I believe the power to confirm this decision does appropriately rest with me.

But the beliefs of someone’s next of kin shouldn’t necessarily be enough to warrant posthumous initiation either. In my opinion, timing is as important a factor here as any other. We can’t look back 30, 40 or 50 years and find all the ancestors of current brothers for the purpose of compiling an “all-star” list of posthumous initiates. Even to have passed away seven years ago is a pretty significant amount of time. When taking timing into consideration, we need to look at the relevancy of the initiation to the current time. In circumstances such as my grandfather’s, much of his accomplishments took place decades ago, but his story lay dormant for years and years until his death.

Only after his passing in 2011 did news articles and films come out about his accomplishments. In fact, even I didn’t know about much of what he did until he was no longer here with us. As a means of preserving this story and ensuring it would be told for years to come, I felt his posthumous initiation was absolutely appropriate. Beyond that, I even feel that had he been around today, he would be heavily involved in AEPi since the work we are doing on campus is so connected to the work he was doing as a young man.

All this isn’t to say there is some kind of definitive right or wrong when it comes to the idea of posthumous initiation, but there are important factors that when taken into account point in one direction or another. The beneficiaries of such an initiation are both the families of the initiate, being able to say their loved one who is no longer here is resting forever as a Brother of AEPi, as well as the AEPi organization as a whole. It is important to have involvement from many parties in determining the appropriateness of the decision to posthumously initiate, yet I can’t definitively say the power belongs to the same individuals in all cases. The matter of posthumous initiation will forever be a grey area, but as long as we continue to keep the practice scarce and circumstantial, we can continue to preserve its status as honorable.