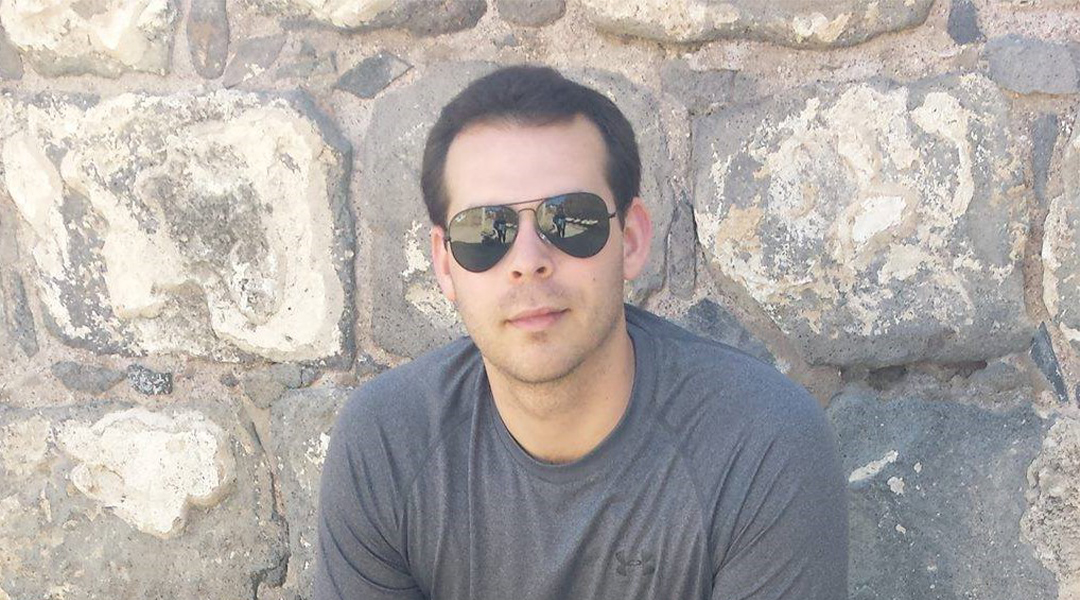 Brother Matt Scher (Towson, 2012) knows that involvement in AEPi is not just an undergraduate experience. Currently a Regional Governor for the Baltimore area, Brother Scher has a track record of staying involved with his chapter and helping them grow.

At AEPi’s 105th convention in 2018, Brother Scher took the time to meet and converse with the undergraduate delegation from Towson University—his alma mater—before he even checked into his hotel room. As an alumnus of AEPi, Brother Scher recognizes the importance of such candid conversations between undergraduate Brothers and their chapter alumni: “Convention is a time where I can meet with some of the most involved members of the chapter, and speak openly about what they need.”

This type of direct interaction between alumni and their chapters leads to a deeper level of understanding and trust. His Brothers in the Tau Mu chapter at Towson know that Brother Scher is always on their side and always willing to help. Brother Solomon Solkowitz, a Tau Mu alumnus who currently works as AEPi’s European Educational Leadership Consultant (ELC), recalls his experiences with Brother Scher at #AEPi105: “It helped to have someone that knows more about the school or chapter than the undergraduate Brothers, and this knowledge helped us implement more advanced problem-solving as a chapter.” 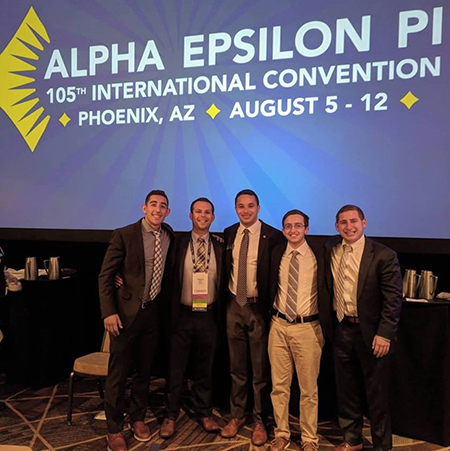 Whether he’s making time for convention or taking time off work to attend chapter events, Brother Scher always prioritizes his chapter and his Brothers. He has helped the chapter plan executive board retreats, community-wide events, providing guidance and even helping Brothers write resumes. Brother Alex Berman, another Tau Mu alumni and ELC for the Southeast region, describes Brother Scher as the chapter’s rock. “Matt is a tremendous source of motivation and wisdom for everyone he comes in contact with,” Brother Berman said. “His dedication to the chapter reinforces that AEPi is a commitment for a lifetime.”

As a working professional, creating time to meet face-to-face, especially living states away, can be challenging. However, Brother Scher thinks that alumni attending convention is an all-around rewarding experience. It’s never too late to make new connections or meet new Brothers from AEPi’s 180 chapters worldwide. Just as well, for alumni who can’t visit their chapter as often as they would like throughout the year, convention is an opportunity to catch up.

“Convention is a time when alumni can tap back into the world of AEPi and see just how the fraternity and their chapter has changed in the years following graduation,” said Brother Solkowitz.

“Attending convention can help you grow your network at any phase of your career,” said Brother Scher. Every AEPi International Convention boasts an impressive assembly of Jewish leaders in industries ranging from law to medicine to business, and well beyond.”

Brother Scher’s advice for convention attendees—undergraduates and alumni alike—is to make sure you arrive armed with an open mind.  “This is the perfect opportunity to speak to other Brothers and learn how to run your chapter,” said Brother Scher. “If you’re tied down by your own biases, you won’t learn anything. Be ready to learn from other people and to have a great time.”