Voices: We Could All Use Just a Little Bit More Humility 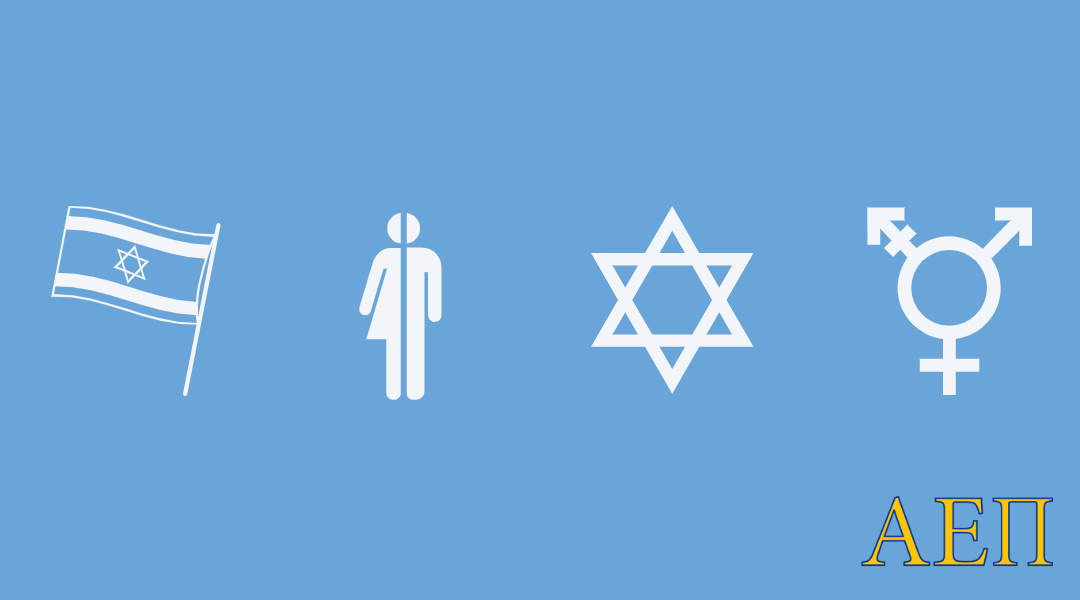 For the last week, Alpha Epsilon Pi International has been celebrating AEPride by featuring articles about and voices of our fraternity Brothers who are allies or members of the gay community. This final article in this series is written by Past Supreme Master Rabbi Stanley Davids (Case Western, 1961) and incorporates much of our beliefs that, as the world’s leading Jewish fraternity, we can make a difference on our campuses in our world. While this concludes AEPride week, it does not conclude our support for all of our Brothers.

We could all use just a little bit more humility.

Life is complicated. There is so much that we as individuals and that we as a society just don’t know or just don’t understand. So we live by creating gestalts every single day, global impressions shaped out of incomplete data – not because of a proclivity for incompleteness, but because we often lack the time and maybe the energy and the will to drill down into a subject until we know what we need to know before asserting our own firm opinions.

But there are some matters that demand more from us.

My grandson, James, is a transgender guy. Now a rising junior at Johns Hopkins, James has come to public terms with his gender over the past four years. And in the process, my wife and I (as well as his parents and sibs and cousins) have permanently shelved our previously ‘gestalted’ knowledge of gender and sexuality and have found ourselves on a dizzily accelerating learning curve. What we had confidently assumed that we knew to be true has now been revealed far too often to be dead wrong. Talk about humbling! My Phi Beta Kappa key has been of little use here.

James has tried to help us understand that gender is how we see ourselves, while sex refers to biological parts and secondary sex characteristics and all of those raging hormones. He doesn’t want gender to be the first thing to be considered by those hanging out with him. He wants to be seen as he sees himself: as an amalgam of many attributes, with gender being one highly significant attribute. Seeing someone as only one of their attributes can be unintentionally dehumanizing, even if our intention is to be inclusive.

James is an actual, specific, whole person. He’s pre-med. He hates the Patriots and is thrilled with the future dreams of the Packers. He is a passionately committed Zionist and a proud and practicing member of the Jewish community. He is a loving member of a loving family. He is a social activist on behalf of LGBTQ and feminist issues. He loves cats.

Many attributes, but not all are of equal valence. He is transgender and that is a seriously significant facet of his self-understanding. But he wants to be seen by others as he is, a complete person. He is proud to be Queer – and considers that to be cool. He is what Pirke Avot calls Samayach B’chelko. He is happy with his portion in life.

And yet. And yet James is part of a population still being thoughtlessly, systematically and devastatingly marginalized. Members of the trans community still must deal with disproportionately high suicide rates.

Intersectionality too often plays out cruelly on college campuses, where Jewish LGBTQ Zionists and feminists who are committed social activists are nevertheless targeted for exclusion unless they embrace the narrative that Jews have no right to Israel as a Jewish State.

“Jewish tradition places before us a moral and ethical imperative to fight openly and hard for a world of compassion, of understanding, of justice and of holiness.”

What about inclusion? Isn’t every (?good?) person embracing inclusion today? I have learned these past several years that inclusion is a two-sided creature. Inclusion most certainly requires that we not do or say anything hurtful or wrong. So we have training sessions at AEPi regional conclaves and at National Convention helping us to hear what we are saying and to take a hard look at what we are doing.

But the flip side of that, the other half of being inclusive, is an obligation to undertake positive acts designed to bring ‘the other’ in, to enable ‘the other’ to be at ease in our environment. In a world increasingly understanding of gender fluidity, of non-conforming and non-binary gender, we need to make certain that in our fraternity houses and in our personal lives we not only refrain from abusive acts and language – but that we think long and hard about the acts that we need to initiate so as to make our world, our campus homes, truly places where every human being is celebrated and respected as being B’tzelem Elohim, made in the image of God.

“Seeing someone as only one of their attributes can be unintentionally dehumanizing, even if our intention is to be inclusive.”

Good things are happening. Increasing numbers of states are banning conversion therapy. The House of Representatives just passed a bill criminalizing discrimination based upon sexual orientation and gender identity. (The Senate has yet to act.) But major departments of our federal government and of many state governments are doing all that they can to erase newly gained protections for members of the LGBTQ community.

Jewish tradition at its noblest has taken the lead in asserting the full humanity, the full sacred nature, of each one of us. The Religious Action Center of the Union of Reform Congregations, together with the Conservative Movement, raises high the banner of loving our neighbor as ourselves – especially when that neighbor in many ways is other than we are. Our Fraternity has moved in my lifetime from a period in which our Jewish vision did not welcome LGBTQ individuals into leadership positions to today when we are outspoken advocates and practitioners of inclusivity.

Jewish tradition places before us a moral and ethical imperative to fight openly and hard for a world of compassion, of understanding, of justice and of holiness. AEPi as a world-embracing Jewish fraternity must increasingly be a place where we see and welcome transgender and Queer and non-conforming people as individuals blessed just as we are with the presence of God.

Alpha Epsilon Pi Brothers are committed to being our Brothers’ keepers. If you, or a Brother you know, are struggling with difficult issues, we encourage you to reach out for help. If you are immediately concerned about yourself or a friend, text Crisis Text Line at 741-741 or call the Lifeline at 1-800-273-TALK (8255). These services are free, confidential, and available in the USA 24/7. You can find additional resources at jedfoundation.org/help.