Voices: For Me, Being Gay And Zionist Are One And The Same 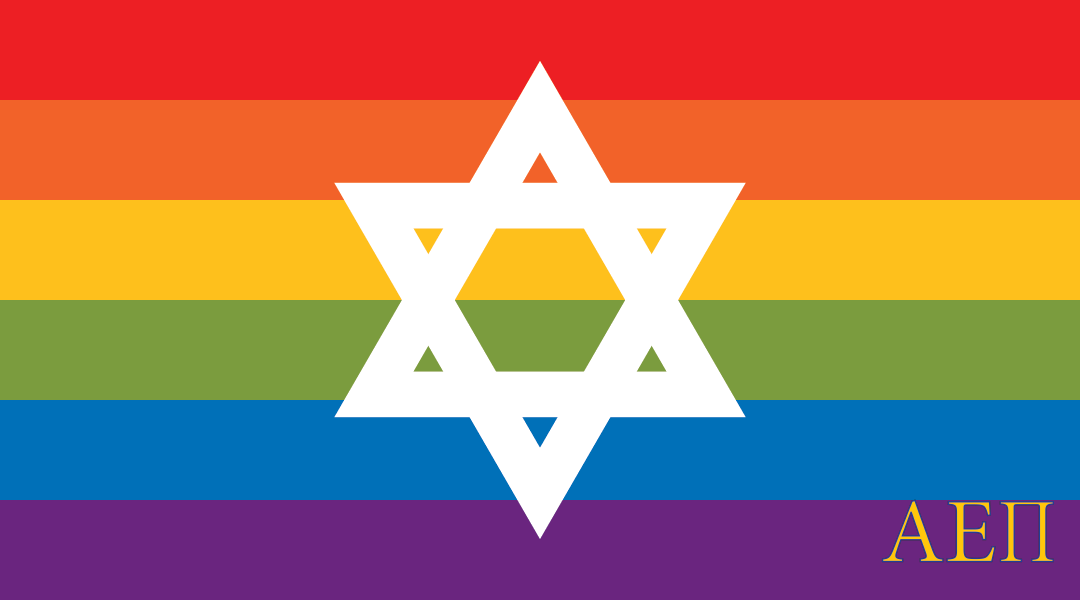 Thousands of people marched down Fifth Avenue on Sunday with their synagogues and Jewish youth groups. The Celebrate Israel Parade, billed as the largest pro-Israel gathering in the world, was a sea of blue and white flags. Interspersed in that sea were a few dozen rainbow flags with stars of David on them, representing a contingent of LGBTQ Jews from a number of organizations: Keshet, Eshel, JQY, A Wider Bridge. One of those flags was mine.

Marching in the parade is a public display of Jewish pride. But for me, that feeling took on a deeper meaning. Like a Jewish pride flag, the march fused my two identities — proudly gay, and proudly Jewish — into something new, something bigger than the sum of its parts.

Marching and dancing with rainbow flags among the Israeli flags gave me a unique feeling, that of being among thousands of people just like myself, while also feeling completely different. Ours was without question the most visible group at the parade — a strange phenomenon for a community that has historically been invisible. On the rare occasion that LGBTQ people are visible, like at a gay pride parade, everyone blends together; but at the Celebrate Israel parade, the rainbow cluster is the one group that stands out; our very presence sent a powerful message.

It wasn’t always the case, though. It’s only been since 2012 that the parade started allowing LGBTQ groups to join the march, and it hasn’t been without controversy.

In 2017, the anti-Zionist group Jewish Voice For Peace hid themselves within the LGBTQgroup, only to form a protest at the end of the parade, chanting “no pride in apartheid.” The action stemmed from opposition to the dubious belief that that support for Israel in the LGBTQ community is a ruse to detract from its treatment of Palestinians (it’s known as “pinkwashing”).

But nothing could be further from the truth. The rainbow Jewish flag is meant to be a statement of pride, not politics. Even more importantly, for many, marching with the LGBTQgroup is their first public display of their queer identity. To smear that as being a facade is dismissive of the courage it takes, especially for queer, Orthodox youth who participate.

Unfortunately, the trend of harassing LGBTQ Jews for supporting Israel is all too frequent. In 2017, a group of Jewish women were forcefully removed from the Chicago Dyke March for bearing Jewish pride flags — the same ones I waved. Organizers of the march defended their position, condemning Zionism as an “explicitly white supremacist ideology” — which would be laughable if it weren’t so disturbing. The queer Jews they threw out didn’t come as Zionists, but as Jews (though it shouldn’t have mattered either way).

But the importance of our being out and proud at Zionist events like Celebrate Israel go beyond our own pride. For many of the Orthodox youth watching from the side streets, seeing a rainbow cluster comes as an unexpected spectacle, breaking up the monotony of the parade, might be the first time they feel truly seen, which is sometimes all it takes to give someone hope.

Having an LGBTQ presence at the parade sends a message to the entire community that you belong — which appropriately, was the tagline on our shirts this year.

The amount of support we got was overwhelming. I was touched to see how many parents called out to receive mini pride flags for their kids. Several Orthodox women were cheering loudly as well. With the exception of one anti-Israel Hassidic group shouting expletives, our group was met with enormous enthusiasm.

With June being Pride Month, the march takes on an even deeper meaning for me. Pride Month is dedicated to celebrating LGBTQ history and honoring the queer community in its fight for full equality. This June 28th is especially significant, as it will mark the 50th anniversary of the Stonewall Riots, which gave birth to the modern gay rights movement.

Having Jewish pride has always been so effortless for me, while gay pride is something that took years to learn. Growing up I had no inhibitions about telling everyone I was Jewish, but I waited until I was nineteen to tell anyone I was gay.

Now I realize they’re one and the same. You can’t love one part of yourself at the expense of another. These are not competing interests; they exist in harmony, and each greatly enriches the other.

One of the values my parents always instilled in me was the importance of showing up. When you go out and make your presence known, usually good things come of it. I’m glad I could use a small amount of visibility to make a difference.

Brother Fox is a writer who focuses on the intersection of LGBT identity and Jewish world politics. His writing has been featured in the Times of Israel and New Voices Magazine. Follow him on twitter @thatpeterfox.