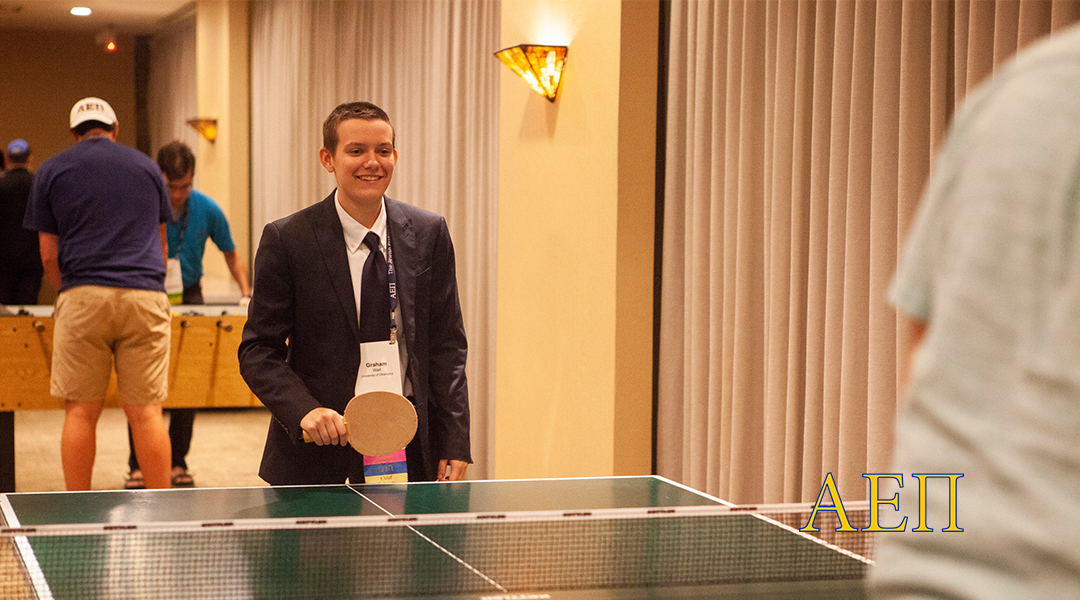 When Brother Graham Wall (Oklahoma, 2020) joined AEPi, he was specifically looking for a Jewish fraternal experience. He didn’t want to be a “Jew in any other fraternity,” nor did he want to be confined solely to his own chapter. He wanted to experience AEPi as an international fraternity, and that’s exactly what he found at the Summer Leadership Series during AEPi’s 105th International Convention.

Brother Wall attended the Summer Leadership Series with the goal to meet other Brothers, as well as to deepen his connection to the fraternity he just joined. “There are twelve Brothers in our chapter at the University of Oklahoma (Omega Upsilon), so when I heard there are chapters of AEPi as big as the biggest fraternities on my campus, I knew that was something I needed to explore.” During the Summer Leadership Series sessions, Brother Wall had the opportunity to hear from speakers about aspects of community engagement, Jewish identity, professional development and rush. He also connected with Brothers who helped his chapter build their current constitution.

“The speakers at convention assured me that for so many people, AEPi is for a lifetime. The fact that we keep Jewish values at the center of what we do makes AEPi stand out as more than just a four-year experience. I saw firsthand at convention that Brothers’ love for our fraternity goes beyond their four years, and that enthusiasm is contagious.”

Discussions about topics like how to organize and promote philanthropy events were also beneficial to the Brothers of Omega Upsilon. In Fall 2018, the chapter held a Latkes for Love philanthropy, which raised more than $1,100 for AEPi’s Official Philanthropy Program.

Coming from a relatively small town in Oklahoma, Brother Wall and his chapter Brothers at Omega Upsilon don’t have the same access to networking opportunities as Brothers in metropolitan schools or larger chapters. Naturally, the ability to spend a week networking and sharing ideas with Brothers from different countries was very appealing. “There’s something at convention for everyone,” said Brother Wall. “Even if you don’t know what it is, you will find it.”

106, convention, fridaypiday, summer leadership series
« FridayPiday: Jason Steinberg (UNC, 2014)
Voices: For Me, Being Gay And Zionist Are One And The Same »