Voices: I’m proud to have been a plaintiff in anti-Semitism lawsuit against SFSU 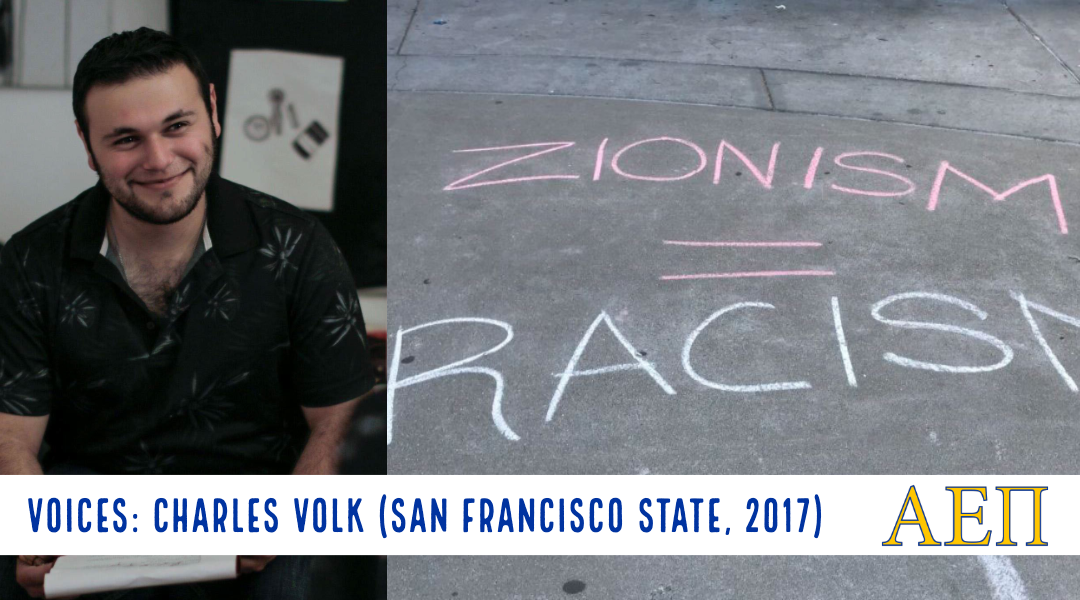 Apartheid barriers. Divestment resolutions. Faculty votes to suspend study abroad programs. These are just some of the results that a simple “Jewish San Francisco State University” Google search might yield.

And I can tell you firsthand: The anti-Semitism at SFSU is real. So real, in fact, that many other Jews and Zionists like me feel unsafe on an SFSU campus where our civil liberties have been under assault.

But as anti-Semitism moves from the fringes of academia into the mainstream, it becomes more commonplace, less overt and increasingly difficult to detect from the outside. The kind of anti-Semitism students and others face at SFSU isn’t as obvious as spray-painting a swastika or destroying a Jewish cemetery. What we are facing these days is a more entrenched form of anti-Semitism: systemic anti-Semitism. And it’s happening every day behind closed doors in classrooms and offices on campuses across the country.

Before starting at SFSU, I was warned about the discrimination I might face. I ignored the warnings. As a naive 18-year-old with an open mind and as a firm belief in Zionism, I thought I would be in the clear.

It didn’t take long for the bigotry to begin. Administrators denied permits for pro-Israel events I tried organizing. Jewish clubs I joined were forced to jump through bureaucratic hoops. The obvious anti-Israel bias of campus faculty and administrators didn’t just frustrate me, it scared me.

In April 2016, pro-Palestinian groups shouted down Jerusalem Mayor Nir Barkat when he came to speak on our campus. There was no dialogue, no compromise, no learning about “the other side.” There was only a one-sided shouting match that the campus police were told not to interfere with. In the aftermath of the event, SFSU President Leslie Wong made an appearance to hear what pro-Israel students had to say. He heard, but he didn’t listen. President Wong took no substantive action to protect Jewish students at SFSU.

Then, in February 2017, an organizing committee overseen by SFSU personnel excluded S.F. Hillel from a “Know Your Rights” information fair on campus.

I waited for the day that campus leadership would step in and speak up for Jewish students. But that day never came. As anti-Israel student protesters intimidated Jewish students at the Mayor Barkat event, those we hoped would protect us stayed silent. When we were banned from the fair, those we looked to for guidance turned their backs on us.

The response of S.F. Hillel and the inaction in the overall Jewish community made me feel even more silenced. Rather than fighting for those within their own community who needed protection, some of SFSU’s Jewish leadership remained exclusively focused on bridge-building.

“Before starting at SFSU, I was warned about the discrimination I might face. I ignored the warnings.”

I quickly came to grips with the fact that this kind of ambivalence toward anti-Semitism on campus was commonplace at SFSU. The school has earned a reputation as arguably the most anti-Semitic college campus in the country, after more than three decades of discrimination and abuse of Jewish students by their peers, their professors and their administrators.

Something needed to change. And quickly.

But I didn’t know where to start. That’s when my friend and fellow student Jacob Mandel asked me to join him as a plaintiff on a lawsuit against the California State University system brought by the Lawfare Project and the law firm Winston & Strawn. Our lawsuit allegedthat a Jewish group’s exclusion from the “Know Your Rights” fair violated California’s Unruh Civil Rights Act.

If Jacob hadn’t enlisted me for the lawsuit, SFSU might still be mired in a seemingly endless cycle of institutional anti-Semitism. Instead, thanks to the landmark settlement reached in the case, CSU has taken the previously unthinkable step of recognizing that Zionism is an integral part of Jewish identity — a major victory for Jewish students not only at SFSU, but those across the country who understand all too well the inextricable connection between anti-Zionism and anti-Semitism.

In the other terms of the settlement, SFSU agreed to hire a coordinator of Jewish student life; to retain an external consultant to assess its procedures for enforcement of applicable CSU anti-discrimination policies; to conduct an independent investigation of additional religious discrimination complaints; to allocate $200,000 for educational outreach efforts that promote viewpoint diversity, including but not limited to pro-Israel or Zionist viewpoints; and to devote space and funds for a mural designed by students with differing viewpoints.

Throughout the legal process, the Lawfare Project was a nurturing partner. They did much more than hear me out. They listened, like nobody had listened before. Initially I was hesitant to sign on as a plaintiff because I was warned it might ruin my reputation or impact my ability to get hired after graduation. I’m glad I dismissed those notions, followed through and took a stand.

Participating in a lawsuit was a truly vindicating experience — a liberating feeling of having a platform for my voice to be heard, for my perspective to be considered and for my peers to be respected.

I’m so proud to have played a part in a lawsuit that has made SFSU a safer campus for Jewish students. Though I have graduated from SFSU, my friends who remain there say the changes in the campus climate are subtle, yet noticeable.

I hope that Jewish students at SFSU, within the CSU system and nationwide do not feel alone. While your campus administrators may turn a blind eye to anti-Semitic discrimination, you don’t have to suffer in silence. Be fearless. Be bold. And know that there are allies and resources hard at work to protect the civil rights of Jewish students and Jewish people everywhere.