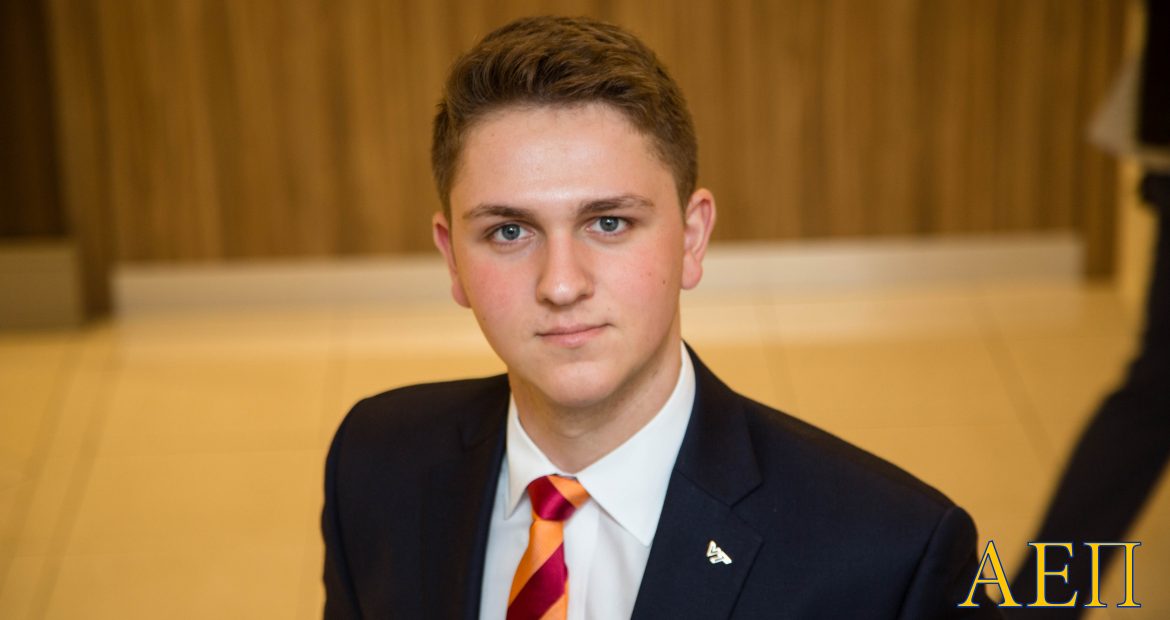 The Jewish people have long known that youth is not ever a barrier for leadership. When we think of political leaders, we picture suits sitting on Capitol Hill voting on bills, or prominent figures in history textbooks. Rarely does one think of a college freshman as a leader fighting for change in their community, but that’s precisely what Jackson Ribler (Virginia Tech, 2022) is doing on his campus: fighting for the rights of his fellow students.

Brother Ribler notes that this laissez-faire approach made it challenging for students to request days off from class:

Brother Ribler is one of many students who finds this policy inherently unfair. “It was Yom Kippur especially that a lot of people didn’t get off,” he noted when asked about how this policy affects the students. Yom Kippur is the Jewish day of atonement and the highest holiday in the Jewish faith. It is traditional that the Jewish people spend this day in prayer services while fasting, the latter of which can also make academic participation challenging. Brother Ribler calls this “antithetical to the values we hold as a public institution.” According to Brother Ribler, Virginia tech is trying to get more underserved, underrepresented students in its population, and at the same time is academically penalizing them for trying to observe who they are. Upon learning that this has been discussed generationally within the AEPi chapter and the school’s Jewish community, Brother Ribler took it upon himself to pen legislature on the issue and began to push it in student government. If passed, it would mandate the school grant religious observance days for observant students.

Brother Ribler has been a leader long before this fight. He volunteered at the Jewish Community Center in his hometown and was part of his high school’s Jewish Student Union. Since coming to college at Virginia Tech, he’s been appointed to Hillel’s board, joined AEPi,  and became Chief Justice of Virginia Tech’s student government… all in his freshman year. AEPi in particular has been a support system for him, and he believes that his work aligns with AEPi’s mission of being a leader in the Jewish community, and in being his Brother’s keeper. Brother Ribler also values his chapters ability to have candid dialogues about important issues and encourages that in student government as well.

The process for enacting school-wide legislation to recognize religious observances is very bureaucratic. New hurdles are constantly being placed in Brother Ribler’s path. “Every day I find out the process is more complicated than we think. First, policies need to go through our student government, then the commission on student affairs, then the university council and the president, and then the board of visitors.” While this is very time consuming, he remains hopeful that this legislation will be enacted by next Yom Kippur, at the latest. In addition to the unwavering support from the Brothers of AEPi, Hillel, and Chabad, the movement also has the support of various student organizations: The Student Government Association, the Graduate Student Assembly, the Sikh Student Association, and Native at Virginia Tech (the school’s indigenous people’s group). This is in addition to the numerous faculty and administrators who have expressed their support for such legislation.

However, progress is never without pushback. Many have criticized the proposed changes as “special treatment,” comparing a day off for high holidays to days off for Valentine’s Day or football games. Brother Ribler tells them “there’s nothing special about this…accommodations are given on a need-basis, the same way we only make disability accommodations for students who have disabilities.” He believes that these comments stem from resistance to change, and from a lack of understanding: “I’ve never had any sort of work on a Sunday or on Christmas, and I think that many people just can’t empathize with being denied a day off on their holidays.”

Despite the obstacles, Brother Ribler remains motivated. He believes strongly in Virginia Tech’s motto: “Ut Prosim—That I May Serve.” Brother Ribler knows that this is about more than just him, and more than just a day off. This is about defending religious rights of all people on campus and standing up for religious identities. “If we, the Jewish community, don’t push for this, no one’s going to do it for us.”

fridaypiday
« Make the Most of Summer
Summer Leadership Series Explained »