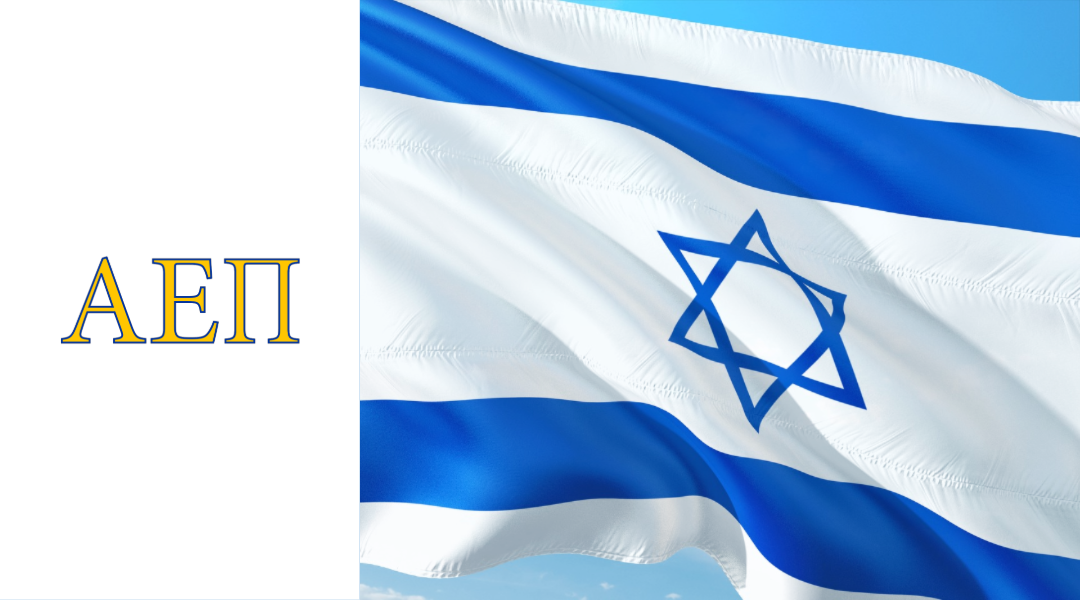 The month of May is bittersweet for us modern Jews. Yom Hashoah, Yom Hazikaron and Yom Haatzmaut (Holocaust Remembrance Day, Israel’s Fallen Soldiers Day and Israel’s Independence Day) all show up within a week of each other on our calendars, ready to challenge us with the dreadful, yet miraculous circumstances of the Jewish people in modern times.

But let’s focus on what’s miraculous and here now: Today, Wednesday, May 8 marks the modern state of Israel’s 71st year of independence. 71 years since the historic 1948 signing of Israel’s Declaration of Independence that birthed the world’s first and only Jewish state.

The story of the state of Israel’s humble beginnings empower Brothers all over the world. Israel was and still is a refuge for Jews everywhere, including survivors of the Shoah. It’s the one place many of our Brother’s grand and great grandparents could find refuge from the perils of the Holocaust, the memory of which is ever present in our minds, showcased by chapters’ We Walk to Remember efforts this month.

Some chapters have already hosted We Walk to Remember events on campus to honor those that perished in the Holocaust. Tonight and tomorrow during Yom HaShoah, join our Brothers in remembering so that we #NeverForget. 🕯✡️

While we take time to celebrate Yom Haatzmaut and remember the importance of a Jewish state, let us also note another upcoming Israeli anniversary just one month from now: 10 years of AEPi in Israel.

June 8 marks AEPi’s founding at Aleph/Israel Alpha at The Interdisciplinary Center, a private research university in Herzliya. On that day, AEPi became (and remains) Israel’s first and only fraternity.

Besides the obvious parallels of a Jewish state and a Jewish fraternity, many of those unfamiliar with AEPi find our relationship with Israel exceedingly curious, if not impossible. How and why would a college fraternity end up halfway across the globe, in the middle east, in Israel?

“the mission of Alpha Epsilon Pi is to develop the future leaders of the world’s Jewish communities” which is “demonstrated every day through acts of brotherhood, Tzedakah (charity), social awareness and support for Jewish communities and Israel.”

It would only make sense then, that “the Jewish fraternity” would find itself (and thrive) in Israel.

In June 2009, AEPi expanded to Aleph/Israel Alpha at The Interdisciplinary Center (IDC), a private research university in Herzliya, Israel. The expansion proved wildly popular, providing Jewish men of all backgrounds with a Jewish Brotherhood on campus and extensive networking opportunities with AEPi alumni all over the world.

Described in a 2015 Times of Israel article:

“In 2009, AEPi opened up shop as Israel’s first fraternity, based at the Interdisciplinary Center of Herzliya. Chapter growth has exceeded expectations, including through Israeli students looking to recreate the ‘brotherhood’ aspect of service in the Israel Defense Forces, plus a healthy dose of North American-born ‘legacy’ brothers from IDC’s international school,” quoting current AEPi Foundation CEO and then Executive Director Andy Borans.

Native Israelis at IDC suddenly inherited a diverse professional network in America and those North American “legacy brothers” instantly re-connected with those best friends they grew up with in Jewish youth groups that went AEPi in college back at home. The recipe did in fact prove to be successful.

Since Aleph/Israel Alpha received an official charter recognizing the group in 2011, AEPi has developed eight total groups on Israeli campuses:

Like many miraculous occasions, all the reasons against the miracle happening were in fact necessary to make it possible. Why a college fraternity couldn’t possibly operate in a foreign country (such as Israel) only worked in our favor. Similar to Israel’s founding, the miracle became mundane only after the achievement. Today, we can comfortably say “of course Jews call Israel home”, “of course AEPi has chapters in Israel.”

Israel, despite being 35 years younger than AEPi itself, was always familiar to this Brotherhood. Its foreign language was not foreign and nor were its inhabitants.

Today, AEPi’s mission is clear and our actions have never been more decisive. Our Brothers on campus are all too familiar with rising anti-Semitism and must speak out against bigotry wherever it lies. We are proud to be Jewish, proud to support Israel and #ProudtobeaPi.

AEPi wishes Jews, our Brothers and the people of Israel a Happy Independence Day.

« Voices: How AEPi in Israel Reconnected Me to Jews at Home
Jim’s Journal: #AEPi106, Rush Results and Health Update »