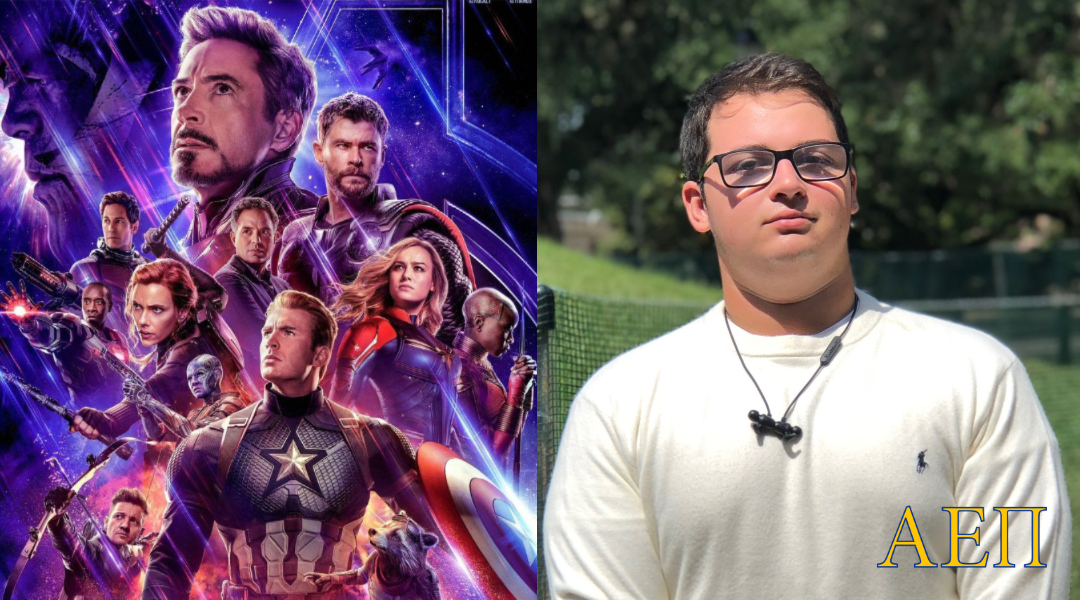 Since Marvel’s Avengers Endgame premiered today, we thought it would be a good day to tell of a real-life AEPi hero.

Brother Ogen Rosenzweig (Baton Rouge, 2022) was driving with his mother in March just outside of his hometown of New Orleans, when he came upon a devastating scene.

“Two cars had had a big head-on collision. My mother and I pulled over and so did another car. We ran to the first car and found two people inside and they both seemed fine,” said Brother Rosenzweig. “So, this other guy – I never even found out his name – and I ran to the second car.”

When they reached that car, they found that the car was seriously damaged and there was a lot of smoke around the area.

“The second car was not in the greatest shape and the door was jammed shut. We were really worried about something happening. There was a driver inside and he looked like he was in a lot of pain. The other guy and I kept trying to open the door and we couldn’t open it. Finally, I just grabbed the door and I pulled really hard and I managed to rip the door straight off,” he said.

They got the driver out of the car and calmed down until medical personnel arrived on the scene. “I’m not sure if he had a broken leg or ankle but he wasn’t doing great. I’ve never actually done anything like that. I’ve never had any training or anything.”

“I’m just glad I was able to perform this mitzvah.”

A freshman mechanical engineering student, Ogen is one of seven founding fathers at one of AEPi’s newest colonies. “We’re a small group but it’s been great so far. We need to be here to help strengthen the Jewish community around here. I’ve lived in a lot of places and I’ve seen anti-Semitism and been bullied. Making our Jewish community stronger at Baton Rouge will be really important to all of us.”

Yeah, not all heroes wear capes but maybe Brother Rosenzweig should start trying one on.