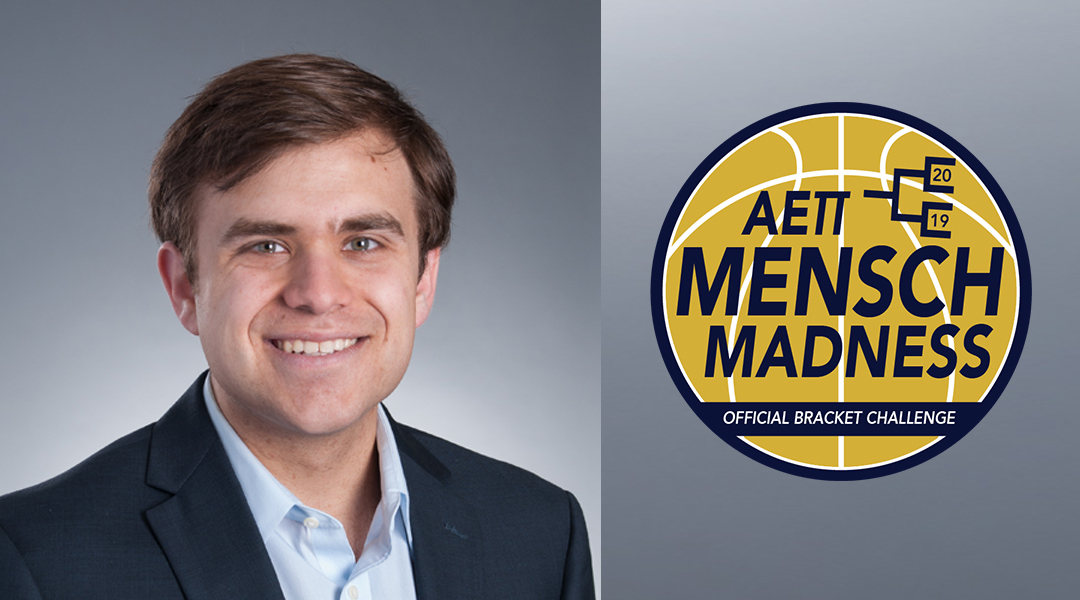 In preparation for Mensch Madness, AEPi’s philanthropic twist on March Madness, we’re going to feature Brothers with a connection to college basketball — something close to the heart of Founding Father Charles C. Moskowitz. Register your Mensch Madness bracket before Thursday, March 21!

Basketball isn’t just a hobby for Brother Jake Gershenson (Towson, 2019). He lives and breathes the sport, hoping to become a director of basketball relations for a university or work for the NBA one day. How does one get to that point? Brother Gershenson hopes to get a foot in the door by working as a student manager of the Towson men’s basketball team. As student manager, it’s his job to be at every practice with the team. He’s in charge of setting up and breaking down the court for practice as well as working on drills with team members. He also has a role in pre-game warm-ups and has the opportunity to travel with the team for their away games. He has the responsibility of waking the players up, getting them to key meetings, packing equipment bags and taking care of some operations tasks for the team such as booking hotel rooms and setting up pre and post-game meals. 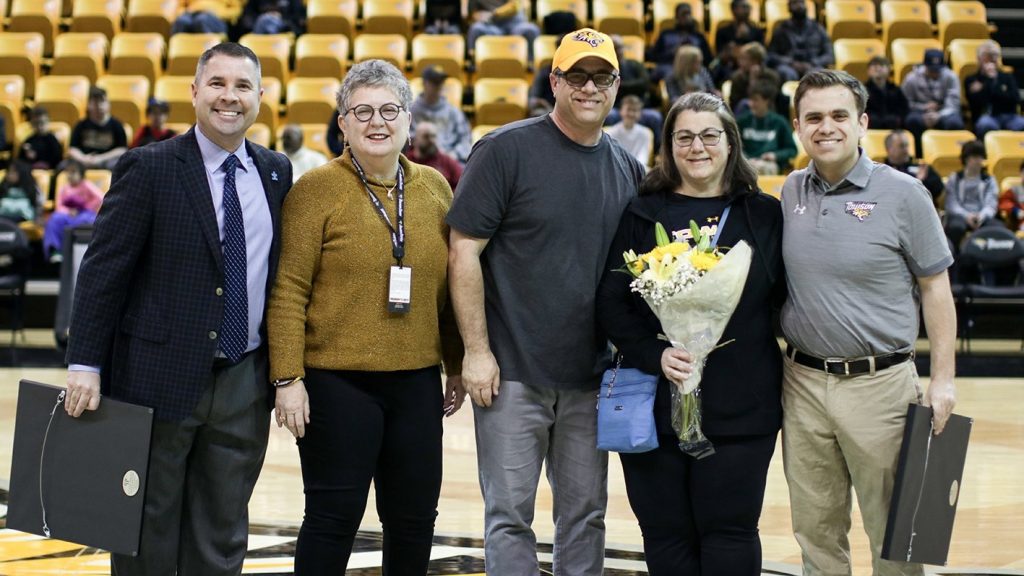 “Traveling and seeing cool schools has been an amazing part of the job. I’ve been to a lot of tournaments. While this isn’t the strongest team Towson has had, they’ve come a long way this year. I’ve been honored to voluntarily work with the team since freshman year.”

Although he is from Maryland, he was raised to be a San Antonio Spurs fan and loves everything about the organization. He enjoys how much of a team sport basketball is. “You see people acting as a one man show in other sports, but in basketball you have to pass to score. The Spurs are humble and show you don’t need superstars to win basketball, you just need players in the right mindset and a dedicated coach.” While he was always involved in recreational leagues and sports in high school, he knew he didn’t have the skills to be a collegiate or professional. He wasn’t ready to leave the game though and became student manager of his high school team in his senior year.

He scored the chance to become a student manager for Towson’s team after connecting with a high school coach he had when he was visiting home. The coach knew about the open position at Towson and told him to go for it. “I took that to heart. My coach had a connection with Towson’s coach, and he put in a good word for me. Next thing I knew, I was welcomed for first practice in October.” Brother Gershenson chose to go to Towson because it was one of select schools that he was interested in that had a sports management program. “My whole family went to Penn State, but they didn’t have my program so it was an easy choice. Towson’s also near Baltimore and there are plenty of job opportunities for me there.” 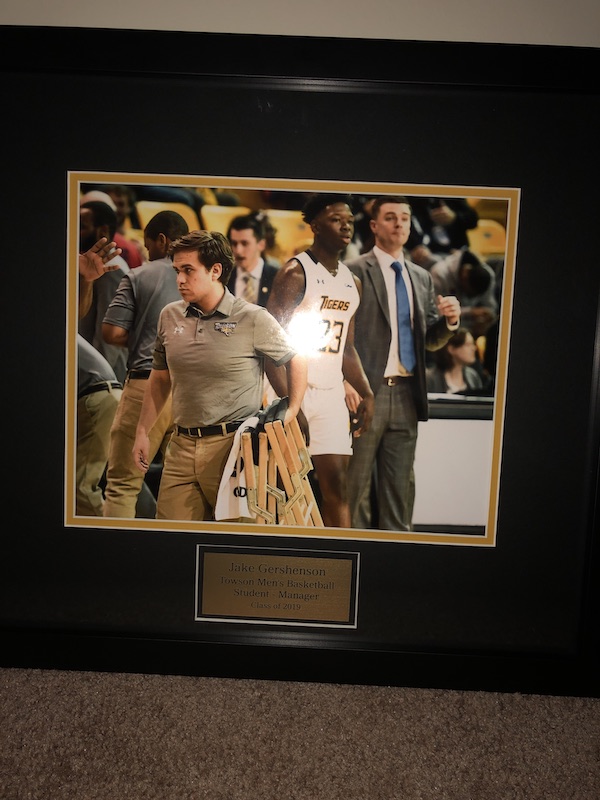 While basketball has a lot of camaraderie amongst team members, similar to a fraternity, he finds that nothing compares to the support he gets from his Tau Mu Brothers. He can always count on a few of the guys being at the game cheering him on, yelling his name and maybe slightly embarrassing him. “The hardest part of the job is that you don’t get days off. I always have to be ready at a moment’s notice. While I’m used to it now because that’s what working in sports will be like, I always look forward to coming back to my Brothers after a long road trip. It’s honestly what I need after any extended period away.”

Who does Brother Gershenson have winning it all in March Madness this year? “I think Duke’s going to take home the trophy. They’re the strongest team with Zion Williamson. Everyone should do a #MenschMadness bracket. It’s fun and gives you an exciting reason to watch the games. There is always a huge upset, and always will be. It’s the thrill of March Madness and college basketball! I’m guessing there will be about three. A lot of twelve seed teams beat a five seed. Good luck, this year has been crazy so I’m not sure how anyone will do.”

“If you’re interested in managing a team, go for it. It’s so rewarding. You just have to do the research and ask questions. The worst someone can say is no. Shoot for the stars, because you never know what experiences you can get when you do.”