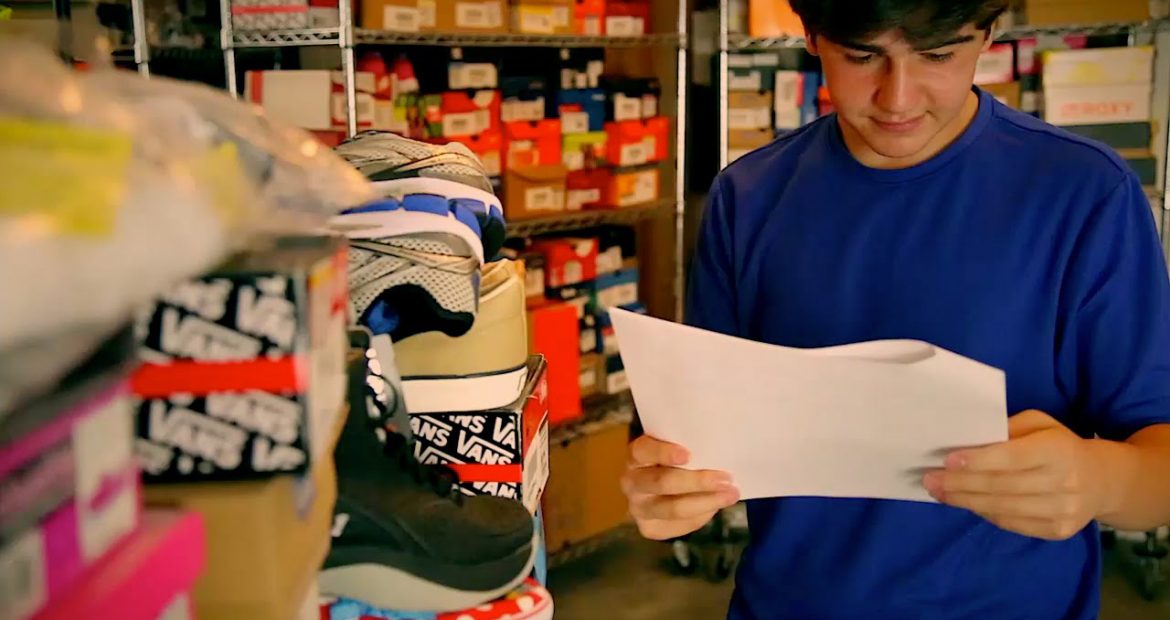 Sometimes we forget to be thankful for the little things in life that others aren’t as fortunate to have. In Judaism, Tikkun Olam teaches us to perform acts of kindness to perfect or repair the world. Some see us fulfilling this through tzedakah (charitable giving) and gemilut hasadim (acts of kindness). Brother Nick Lowinger (NYC, 2021) was exposed to the concept of Tikkun Olam at a young age, volunteering at a homeless shelter with his mother at the age of five. He was shocked to see other children walking around barefoot or in shoes that were falling apart. In 2010, he decided to start Gotta Have Sole as a bar mitzvah project in his community to provide footwear to homeless youth. Exceeding expectations, Brother Lowinger has managed to donate new shoes to more than 99,000 children in homeless shelters across every state in the U.S.

“I was brought up on the idea of Tikkun Olam. When you can give back, you should. It’s not something that should just be preached and taught at a young age. It’s shown me how I can not only enhance my life, but the lives of others. I feel like I understand my personal values better now and how they reflect Jewish values and ideals.”

Many of the kids at the homeless shelter he helped his mother at became his friends. He was careful not to wear or show off his new pair of sneakers. “These kids were being bullied for not having shoes. Not only that, they were missing out on opportunities to participate in sports, go to school and experience other important childhood activities solely from a lack of footwear.” He quickly began to realize that he wasn’t dealing with a local issue, but rather a national crisis. While he knew there were organizations out there to help those in need, he wanted to do his part to contribute to that effort. “I made it my mission to expand Gotta Have Sole to all 50 states by the time I left high school. Not only did I succeed, I ensured that donations were more than a shipment. I wanted face to face interaction. We work with 160 shelters throughout the country, and it’s not just a one-time support. When new kids come in, we get them a pair of sneakers.”

His Alpha chapter Brothers have been more than supportive of his Gotta Have Sole initiative, and he finds that AEPi gives him plenty of opportunities to sharpen the skills he already learned on his own. “AEPi has made me a proud member of the NYC community. I’ve found the values in Judaism that I grew up with in AEPi. I stress philanthropy to the chapter and community because it’s an undervalued part of Greek life. It’s crazy because I’m not even the only person in my chapter who’s part of a non-profit.”

For Brother Lowinger, the issue was never that kids needed shoes and he had to provide them. It was about the opportunities they were missing out on and gapping that. Gotta Have Sole offers multiple programs and scholarships to help people at or below the poverty line. Brother Lowinger started a Solediers Veterans Program to provide new shoes to veterans and their children, partnering with VA hospitals across the country to help veterans in need. Their scholarship program provides five $1,000 scholarships to incoming first year students so they can pursue higher education. In their new college ambassador program, college students can work with local shelters to bring programming focused on additional social and development skills for homeless youth. “I’m excited to bring this college ambassador program to the Brothers at NYC. They seem excited and I hope they gain as much from the program as they put in.”

As a young entrepreneur, he is in the baby stages of launching a shoe company to hopefully support his charity. He wants to continue learning more about marketing while being involved in charity as much as he can. Helping homeless children is important to him because he saw inequality in the world at a young age and thought he could make a difference. “Seeing the impact we’ve had, I want to speak to young people and encourage them to take action. Just because we’re young, doesn’t mean we can’t do whatever we want to change the world.” All of this work is worthwhile when he walks into a shelter to give the kids a pair of their own shoes and sees how happy they are.

Brother Lowinger has been recognized and rewarded countless times for his work with Gotta Have Sole. Some of his achievements have been the Hasbro Community Action Award, the Muhammad Ali Humanitarian Award, Nickelodeon Halo Award and more. “I’m fortunate that these opportunities have amplified my message and exposed us, when then helped us grow tremendously. Being recognized has only validated the importance of the work I’m doing.”

“When we were kids, we all remember that feeling when we got a new pair of sneakers. I want Gotta Have Sole to enable and empower these kids, so they that have that feeling. A pair of shoes do more than just get them from point A to B. When you see an issue, do something about it. We can achieve a lot when we put our minds together, don’t sit on your ideas.”