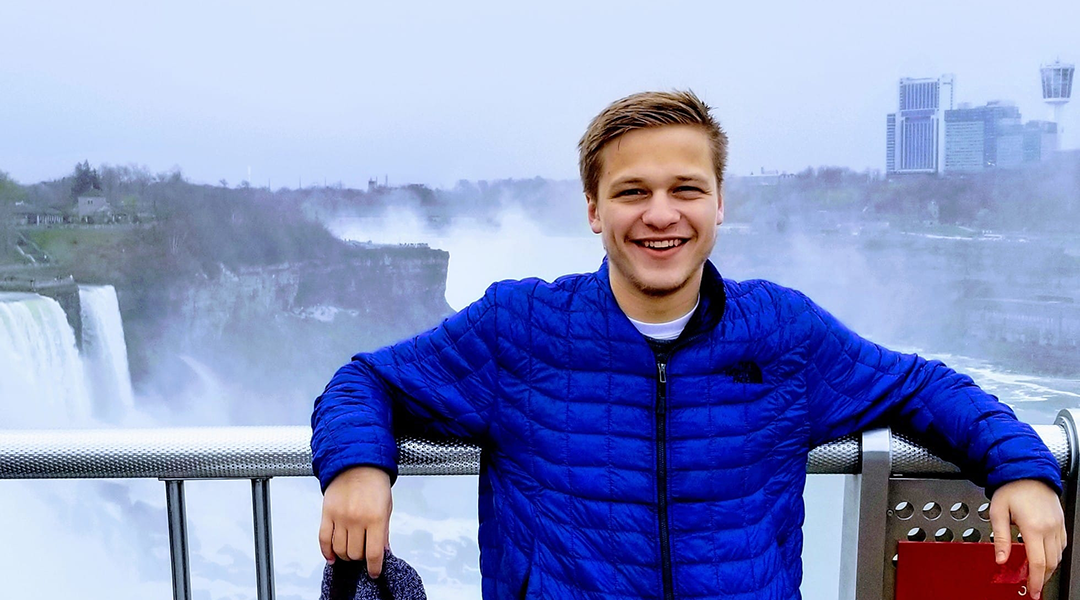 For whom would you make the ultimate sacrifice? Your family? Significant other? What about a friend? When push comes to shove, there are likely few people for whom we would put our lives at risk. Brother Julian Litvak (Cincinnati, 2021) made that sacrifice for his friend and his commitment to Tikkun Olam is a story that defines AEPi.

Last year, Julian donated one of his kidneys to his freshman college roommate, Mohamed Emlemdi. After watching his friend suffer through kidney dialysis, he knew he needed to help and checked to see if he was a viable donor. Although Mohamed’s brother was a partial match, Brother Litvak was surprised to find out he was an even better match for the surgery.

“There are a lot of factors that make you a good match for someone. It was crazy that I was a better match for him than his own brother. I don’t want to say this wasn’t a big deal, because it was, but I knew Mo was going through something terrible. Why worry about what could happen to me when I could save someone else’s life?”

The two met in their dorm at the University of Cincinnati during their freshman year when they became roommates. Sharing most classes with one another, they bonded over similar activities at school. When they were sophomores, Mohamed began to have issues with his health. “He went to get his wisdom teeth removed and found out he had high blood pressure that was related to kidney failure. It was difficult for him and I felt like he was comfortable communicating what was happening in his life to me.” Mohamed was one of the healthiest college kids you could find. He didn’t drink, never smoked and Brother Litvak thought it was unfortunate that this happened to him of all people. “It’s hard to explain to people why I did this. I knew I had to do something for my friend after seeing him stuck at home or near the dialysis machine. It’s not a pleasant experience.”

While the decision to donate his kidney seemed like a no brainer, he confided in his Omicron Deuteron AEPi Brothers. “I told them about my decision in a good and welfare and everyone supported me. It was nice to share and talk this through with them. It’s nice to have this kind of support in [AEPi], to share big things in your life. It’s nice to know people want to hear about that.”

Mohamed’s doctors worked closely with Brother Litvak to make sure all of his questions were answered and that he had no doubts walking into the surgery. After confirming the match through a simple blood test last summer, more tests had to be done to ensure his viability as a candidate. “Overall, the impact on my life and health was very minimal. It took next to nothing to see if I was a match and ended up not being as scary as I originally thought.” For him, information was key in understanding the journey yet to come. He had the surgery in December and recovered over the break at home with his parents in Springfield, Illinois.

His friend, Mohamed, is not out of the woods yet. He has a long recovery ahead of him, but he is in good spirits thanks to Brother Litvak. “Taking out a kidney is nothing like putting one in. He has to adapt to having a whole new organ. He has a weak immune system right now, so he’s recovering at home.” He expects Mohamed will be back to having a relatively normal life.

“For those who need an organ, don’t lose hope. Keeping a positive attitude is everything and I saw that first-hand with Mo. If you’re thinking of donating, get all of the information you need and take the option into consideration because there are a lot of people suffering out there, but you can help.”