Jim’s Journal: I have found the hope in my Brothers 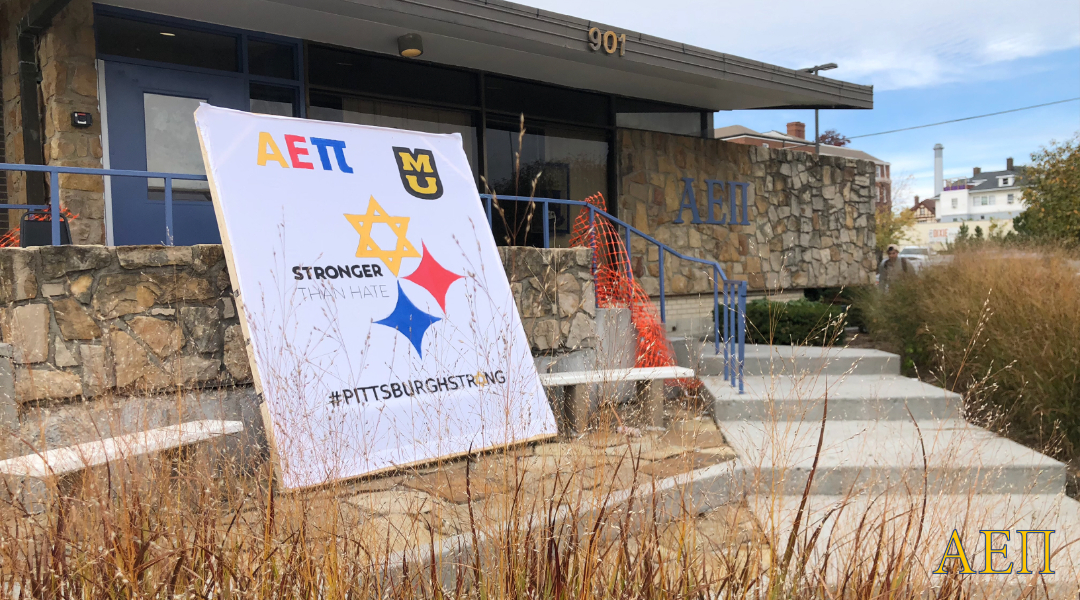 The last couple of weeks have definitely been difficult for the United States and Jewish communities all over the world. The most recent shooting in California is devastating and the horrific events in Pittsburgh have reminded us all that anti-Semitism is alive and well in the United States and that, no matter what we want to believe, this kind of unimaginable hate and horror can happen anywhere, even where we live. We are also reminded of that as tonight marks 80 years since Kristallnacht.

How are we supposed to respond in the face of this generations-old hate? Where do we turn to find hope, to find some light in this darkness?

As is often the case, I have found the hope in my Brothers.

Within hours of the attack on Tree of Life synagogue, our Brothers at Carnegie Mellon and the University of Pittsburgh had contacted the International office to reassure us that our Brothers were ok and that they were planning a service for the campus Jewish community that night. They weren’t looking for recognition or publicity. They were simply looking for a way to express grief together with their campus community. The next night, our Brothers in Pittsburgh co-hosted a community wide rally to memorialize the 11 killed at Tree of Life.

Across the country and around the world, our Brothers led remembrance, solidarity and anti-hate rallies on their campuses. Here’s a list of just some of the chapters that did great things and links to stories about the programs they put together:

These are just a sampling of our chapters who put together programs on their campuses to honor their fellow Jews. We know that there were many more. And, every one of those programs came about on their own initiative.

Just when we think it can’t get bleaker, our faith is restored by the actions of our Brothers. We say that we are developing the future leaders of the world’s Jewish communities.

We already are those leaders.

May the One who makes peace in the high heaven make peace for us, for all Israel and all who inhabit the earth.

Alpha Epsilon Pi mourn the loss of lives in Pittsburgh this morning. We are investigating if any Brothers were involved and will update later.

May the Almighty comfort all of the families among the mourners of Zion and Jerusalem.