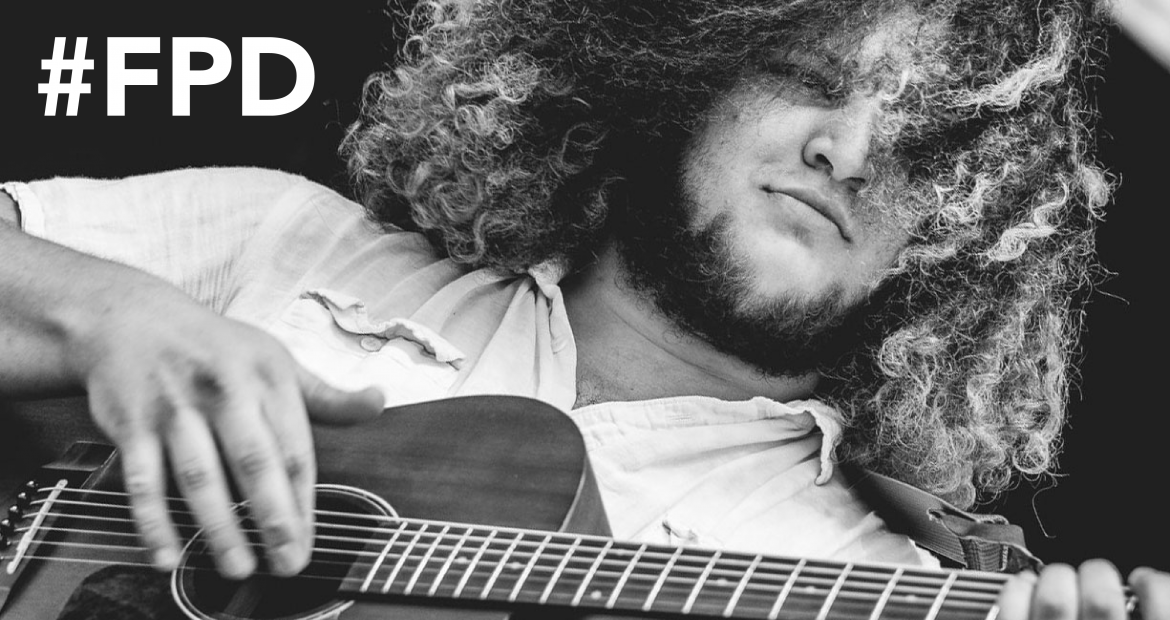 Listening to their music has been compared to “sipping a warm cup of cocoa on a chilly autumn evening.”

At least, that’s what it says in the bio section of the acoustic-pop duo Late Night Thoughts Spotify page, which has garnered some 400,000 streams and 24,000 monthly listeners. And, If you ask staff members who have heard the silky soft jams wafting through the international office in preparation for this article, it’s completely accurate.

But before band mates Michael Harlow (Brandeis, 2019) and friend of the brotherhood Brian Rauch were opening for A$AP Ferg and releasing their hit single – becoming campus celebs in the process – they were just “two dudes being guys.”

A drummer by nature, Brother Harlow met Brian in an a capella group at Brandeis University. Brian, the duo’s primary lyricist played Harlow an early version of what would become their most popular single, Shit Happens. They immediately began to collaborate, bouncing lyrics off of each other, playing with different melodies and diving into the creative process head first. According to Harlow, who leads with the guitar, it’s totally organic.

“There’s no better feeling in the world. Our skills truly complement each other and If we spend time writing and playing (especially late at night) something will come of it.”

With a seeming lack of performance art on campus, Harlow recalls forming a movement during his freshman year to create more of a musical scene. As more paid performers came to campus, Late Night Thoughts found themselves (as some of the only student artists on campus) opening for almost all of them. Their appearances quickly became something to look forward to by students.

The timing was near-perfect. In preparation for the the school’s Springfest, Brandeis held a campus-wide vote for who should open for A$AP Ferg and other paid performers. Late Night Thoughts won the student vote and played for hundreds of their peers.

A former pledgemaster and brother at large, Harlow has many sides. He’s organized and gets things done, yet he’s the type of guy who turned his room in the chapter house into a “free space” for his brothers, who he often finds playing his PS4 and drinking sodas from his mini-fridge. He credits the band’s strong AEPi relationships as one of the reasons why they’ve found success.

“There’s a lot of undiscovered music out there and I think that’s a shame. Part of what helped us is our strong AEPi base. They got to see our talents right from the beginning and we’re all best friends. Brothers come out, on and off campus, whether it’s Boston or New York, current brothers or chapter alumni. It’s all hugely enhanced by AEPi.” 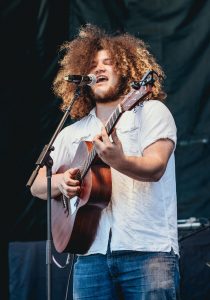 His ability to create harmonies and get crowds going are what Harlow considers to be his biggest strengths. He hears one melody and immediately thinks of three parallel sounds, priding himself on “musically trolling,” or throwing in gems for music geeks to find. The band always seems to find new ways to engage the crowd, making the audience part of the show. No wonder Harlow was song leader during his time spent at Camp Ramah.

So what’s the plan? Although Harlow admits to the challenges of being a full time student and touring in a band, he’s poised to graduate and keep pursuing music.

“We want to reach as many people as possible with positivity. I don’t think anyone goes into music to get rich. It’s not about making money for us, although the goal is to play full time. We get messages from all kinds of people saying our songs helped get them through a tough time. That’s the impact. That feels like success.”

Late Night Thoughts’ first EP, Moonlit Memories is available on Apple Music and Spotify, and you can expect to see the band upcoming single, “Dust” on those platforms soon.

...and counting. So so so grateful! 🙏 Visit our website to find out where you can see us live! 🤙

fridaypiday
« In Response to Horrible Violence – CEO Jim Fleischer
Jim’s Journal: I have found the hope in my Brothers »