Voices: Ben Ezzes (Sydney, 2020) Goes to Lithuania on a Mission 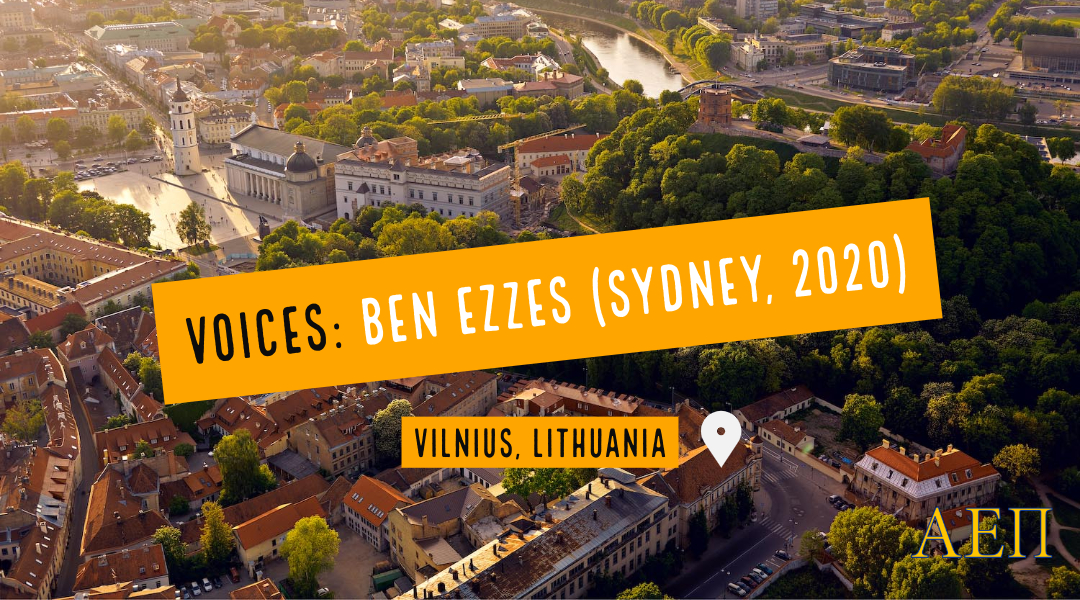 It’s been a few months since I’ve come back from the IJCIC Young Leaders Interfaith Conference in Vilnius, Lithuania and I still can’t stop talking about it, despite the 30+ hour trek from Sydney. With the help of AEPi and B’nai B’rith International, I was given the opportunity to join 50 Jews and Catholics from Europe, North and South America, Israel and Australia to redefine and advance the relationship between world Jewry and the Catholic Church.

At the University of Sydney in Australia, the interfaith scene is strong, but suffers from a lack of clear outcomes. Previous dialogue events produced good attendance, but have since been undermined by missionary work. Food events facilitated cultural discussions, but catering was – and still is – a constant issue. If I was challenged to produce results at home, I was at a loss for how to succeed in Vilnius. At a panel of international representatives, what could an Australian AEPi bring to the table?

“Was it even possible to achieve anything in just a few days? And what did I really know about Catholicism?”

Lithuania wasn’t foreign to me; a large portion of the Sydney Jewish community which I call home originated from there, including from Vilnius, or ‘Vilna’ as they called it. However, I doubted I had the necessary experience to undertake such a high-profile trip. The purpose was building relationships and facilitating dialogue, and, given the dates, I would leave a day early just to get home before Shabbat. Was it even possible to achieve anything in just a few days? And what did I really know about Catholicism?

Fortunately, I had time to think about this. I arrived in Vilnius two days before the conference began. I was faced with a lot of time to fill and began to explore. Within the first few hours, I had seen much of the city: its wide squares and cobbled streets, its countless vendors, and its friendly people. Like any good Jewish tourist, I searched for what was called the ‘Jerusalem of the East’ – and found precious little.

I wondered openly how much of ‘Vilna’ had been replaced by ‘Vilnius’. I spent Friday night in the city’s only synagogue, where the local rabbi was kind enough to have myself and Rabbi David Sandmel, the charismatic treasurer of the IJCIC, at the communal dinner. I had the accidental privilege of sitting next to the communal rabbi, which allowed me to ask all the questions I needed. I asked, in particular, how the community managed not to be tied down by the past. The rabbi explained to me that the community had all the features of a regular congregation – but chose, nonetheless, to be active. It was, I was told, a tight-knit and vocal bunch, old and young.

I decided, then, on the outcomes I was focusing on. It was important, above all, to be a facilitator at the conference, not merely a representative. If we were to redefine and advance the relationship between world Jewry and the Catholic Church, a relationship which is currently defined by the ever-present undercurrent of an extremely troubled history, it would require being proactive. It could not be limited to policy papers and meetings. The outcomes had to exist and be measured in the personal experiences of those involved. The people beyond the bureaucracy. The Vilna, not the Vilnius.

“It was about how to make our AEPi House, which is the only space for Jewish students in Sydney, a home for everyone.”

Naturally, it was first about being proactive. After a well organized Catholic mass, there was no complimentary Jewish prayer service – and so I organized one. The lack of a coherent tradition, including disparate siddurim, tunes and laws was a significant barrier.Through all this, we persevered, and held our little service each morning, complete with curious observers and rousing renditions of whatever tune we had managed to share (usually Adon Olam). Nights were never spent alone in one’s room. Young and old, each evening ended at some bar or another, watching the World Cup, sharing a toast with a triumphant Belgian and trading theology with articulate Uruguayans. I wasted not a second, and felt my preposition flip. It was no longer what I could achieve in Lithuania; it was what I could take home. It was about how to make our AEPi House, which is the only space for Jewish students in Sydney, a home for everyone.

From that activity came the personal experiences. Including the other AEPi representative, one thoroughly-Israeli Tamir Feinstein, I found a friendly group of like-minded and open individuals who were ready to share their time and thoughts. Despite my earlier concerns, I never felt awkward or offended, and learned more from my fellow representatives than from months of religious studies undertaken both at a high school and tertiary level. In addition to thoroughly enjoying my time, I came to understand not just the Catholic Church, but Catholics themselves, something which is invaluable in curating the connections we sorely need.

I left feeling overwhelmingly accomplished and fulfilled. I may not have solved, in a matter of days, the tumultuous relationship between Judaism and Christianity, but I departed with both a Facebook and a WhatsApp group of promised couches to crash on and drinks owed. More importantly, however, I left with a renewed perspective on how to operate our AEPi House.

It was not enough to go to an area of significance like Vilnius; it had to be made into Vilna. It had to be imbued with value through dedication, and it had to be personalized by each individual who experienced the city’s spirit. You had to walk into the chapter house and feel a sense of ownership. Us 40-odd AEPis, 14-hours away from the nearest Chapter, had to work to make our House a place of remaking history.

The work continues. The lessons I learned in Vilna are carried into the way we greet new members, and the openness of the community that took me in from day dot. You can find them in the way we decorate our House: no longer drab or dirty, but filled with frames of moments, memories of the countless brothers and Jews that have had incredible experiences in our walls. We haven’t made a Vilna yet, but we’re on our way with a sense of proactivity and dedication that it took an Australian flying to Eastern Europe to learn.

For that lesson, it was worth the journey. 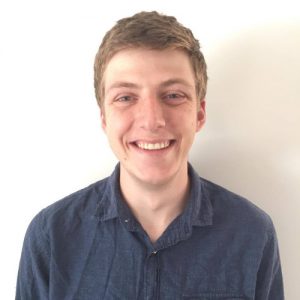 Ben was born and raised in Sydney, Australia as a Modern-Orthodox Jew. He is currently pursuing a bachelor of Secondary Education at the University of Sydney. A founding father, Ben served two years as master at AEPi Sydney Metro and currently serves as the Jewish Engagement Officer for the Australasian Union of Jewish Students. He currently teaches at Moriah College, the largest Jewish day school in the Southern Hemisphere. You can connect with Brother Ezzes on Facebook and LinkedIn.

« Fall 2018 Chartering Ceremonies
Mourning the Loss of Life in Pittsburgh »