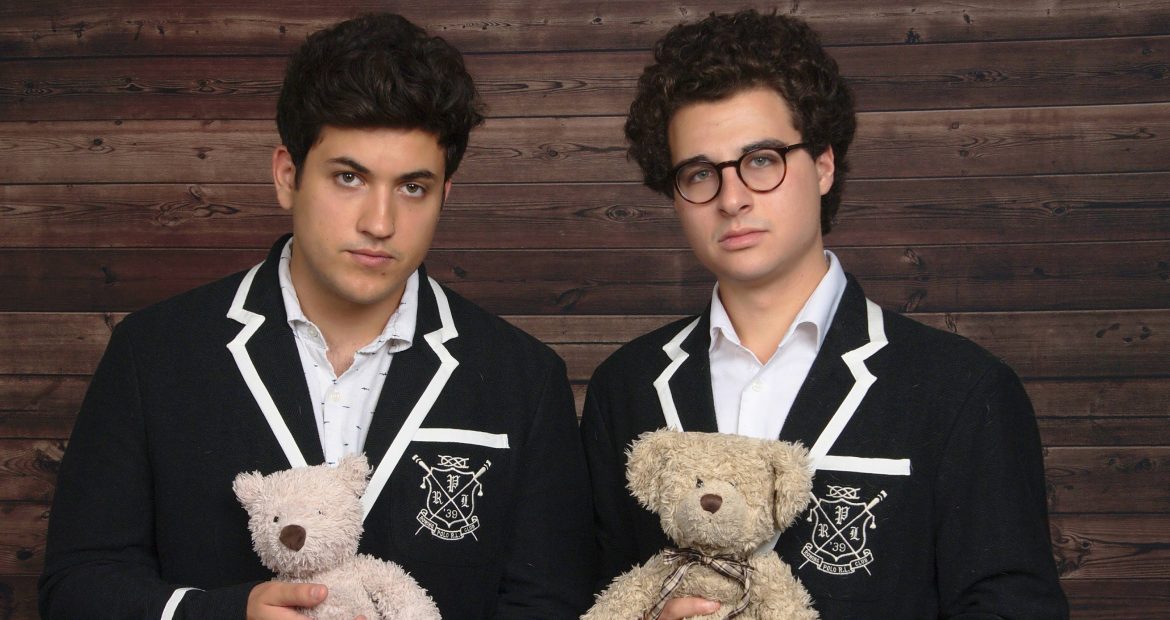 Many people want to forget about their high school days, but not Brothers Zach Fox (Pennsylvania, 2017) and Omri Dorani (Arizona, 2015).

Rather than bury those painful memories in the past, they used them to their advantage when filming the movie How to Get Girls. Brothers Fox and Dorani’s film has gotten some headway on popular sites like Hulu and iTunes after its 2017 release and has also won Best Feature at the Portland Comedy Festival. The production features actors Chris Elliott, David Koechner and Kate Flannery.  While both wrote, directed and produced the film, Brother Dorani was the man behind the camera while Brother Fox acted on screen. How to Get Girls tells the story of a nerdy high schooler who exploits his childhood best friend’s newly found good looks to climb the popularity chain.

“I was bullied a lot in elementary school for being overweight and not liking sports. When making the movie, I wanted to focus on the insecurity of guys because of my own experience. I was 19 when we started writing this, so high school was fresh on the mind. I felt like I truly understood this time period that’s often an awkward stage for everyone,” said Brother Fox.

After meeting at fat camp when they were twelve, the two formed an inseparable bond and talked about making movies late into the night. “I don’t know what we would have done without each other, there’s no way we could have pulled off [How to Get Girls],” said Brother Dorani. “It’s a dream to be doing what you love, I’ve wanted to learn the language of film my whole life.”  Fat Camp Films was launched in 2016. After Zach finished a stint with the Disney Channel, the two decided to get to work on making the movie full time. Zach explains, “I always had questions for the producers and directors while working with Disney. I felt that if I were going to make it in the movie business, I’d need to become my own director while acting. It gives you a bit more control.” Omri agreed, “Once we found funding for the script, we kind of faked it till we made it. You can learn so much in a classroom, but sometimes it’s more about learning on the spot.”

Brothera Fox and Dorani found that being a brother of AEPi could help advance their film career. Zach recall, “While we were writing the film, I was studying at UPenn. We were editing the movie and shooting some of it the summer before senior year and would do test screenings with my Gamma brothers all of the time.” While Dorani was a brother of Upsilon Alpha chapter, he also had a similar positive experience. “Some of my best friends are AEPis that live in LA. The fraternity was really a place where I learned to grow in my business endeavors and connections.” Both believe that AEPi forged an even stronger friendship than they already had.

Fat Camp Films is working on its second film and has produced more than 100 commercials for 15 clients since its inception. “We really hope to eventually build a film empire,” said Brother Fox. He has enjoyed being able to immerse himself in the movie as both an actor and director. “It feels weird not to be a part of something I wrote. We see ourselves as creators and enjoy making something from the ground up.”

The two call their script for How to Get Girls their Chanukah miracle because it was written in eight days. Putting the time and effort into producing it took much longer, but was worth it by the end. “I think many of the main actors were surprised to see young producers like us,” said Brother Dorani. “You just have to believe in yourself to a point of absurdity for other people to believe in you.”

On October 1, the film launched on Hulu. Brother Fox sees this as a huge opportunity for Fat Camp Films. “Every college student has Hulu if they have Spotify, so hopefully this helps bring in more people.” He and Brother Dorani believe that there’s a lot of opportunity to create content now, so if you have that movie script or idea, get something out there. “There’s more possibility than ever.”

Brother Dorani offers some advice to those looking at going into film, “I applied to all of the big schools and didn’t get in. We’ve failed numerous times, but every failure is a step closer to success. You have to learn from your mistakes, they’re rewarding. Most importantly, believe in yourself.”

Watch the trailer for How to Get Girls or find it on Hulu or iTunes.