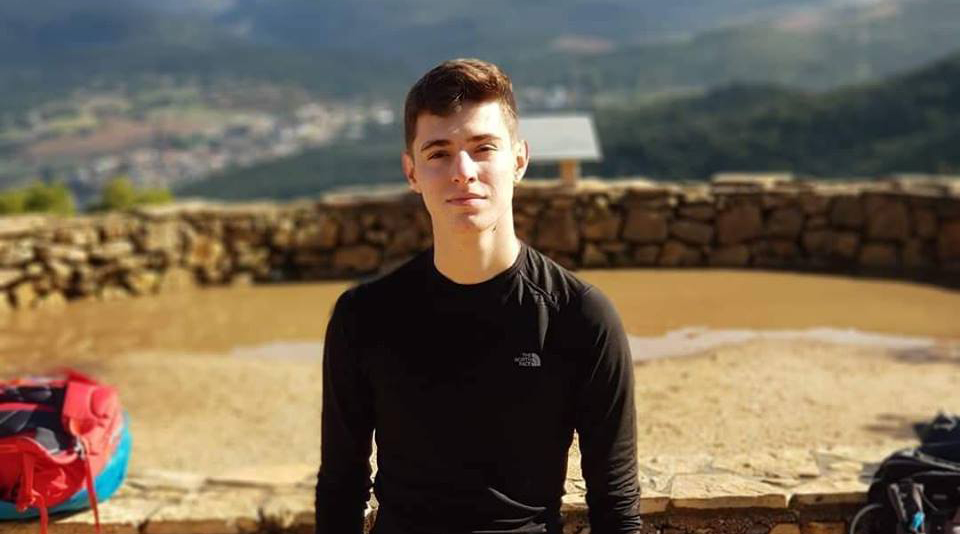 When asked to translate subtitles for Word of the Righteous, Brother Illya Nuzbrokh (St. Andrews, 2020) knew he had a duty to help. Word of the Righteous is a project that tells the stories of young Ukrainians who were not Jewish, known as the Righteous Among the Nations, who saved Jewish people during the Holocaust. Born and raised in Ukraine, Brother Nuzbrokh felt a connection to the project.

“As a Jewish person, I knew I had to help. Most of the people who were witnesses to the Holocaust are dying off, so this was an opportunity to help tell their story so it never happens again.”

Producer and Co-author Margarita Yakovleva reached out to him while he was studying at St. Andrews University to see if he could help translate the Russian subtitles. Though he was up for the challenge, he didn’t realize how taxing it would be. “I was tasked with bringing these people’s stories into another language. What they had to say was so unique; I didn’t want to lose those things in translation. I made sure to try and translate as much as I could word for word. Ukraine has a lot of people who helped during the Holocaust, so I’m hopeful there will be other opportunities.”

His connection to his Judaism has always been important, even while studying in school. St. Andrews connects freshman with third year students to help them with a support system. He connected with a student who was also Jewish and happened to be an AEPi brother of the Upsilon Kappa Alpha chapter. “He asked me to come around AEPi and I didn’t know what a fraternity was. I only knew what American movies told me.” He decided to go despite the stereotypes he had been taught and found a thriving Jewish brotherhood that he enjoyed being around. “With AEPi, I was able to develop a social bond I couldn’t find in other organizations at University. I can’t quite explain it, but the feeling was so genuine.”

To Illya, AEPi is not just a club for Jewish people. It has been a way to find his own identity and experience his Judaism in a special way. He dislikes how movies and the media portray fraternity life in Europe. “I’ve seen all the movies, they just focus on alcohol and hazing which is a gross misrepresentation of what we do. I’ve met brothers from all over the world who are unique individuals. You can’t generalize fraternities based on the ‘frat’ guy you think of.” He loves that the fraternity has raised hundreds of thousands of dollars for Jewish causes and philanthropy. “The movies almost do us an injustice. With the amount of difference we make in the lives of Jewish students on campus, you can’t stereotype.”

Brother Nuzbrokh has met Jews from all over the world just in his own chapter. “We’ve had brothers from America, Ukraine, South Africa and more. It’s interesting that we all come from different languages and cultures but we relate on the base of common values and Judaism.” He takes advantage of the leadership opportunities AEPi has to offer and has attended multiple conventions and regional conclaves. AEPi has opened his eyes to the importance of being your brothers’ keeper.

“Your brothers are always there for you. You learn from each other and support one another. You don’t have to be scared of anti-Semitism or feel alone because AEPi will always be there for you to guide you.”

Learn more about the Word of the Righteous project at their Facebook page.