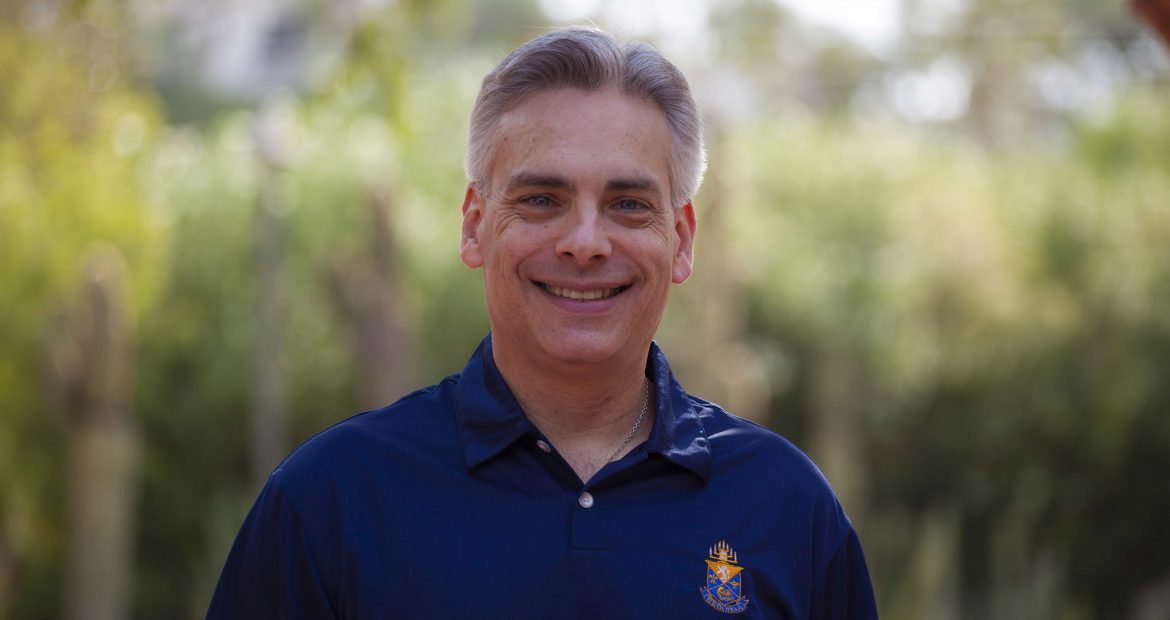 Welcome to a special #FridayPiday! Each week we highlight undergraduate and alumni brothers doing great things on their campuses, in their communities or in their professions. This week’s #FridayPiday, Jeff Jacobson (Northern Arizona, 1992) is hours away from being installed as the 74th Supreme Master of Alpha Epsilon Pi Fraternity.

“AEPi has been everything to me. From my Jewish identity to friendships and relationships to my leadership skills and my desire to give back to the community. All of it is because of AEPi.”

Growing up in Queens, NY, Brother Jeff Jacobson attended Queens College for his first two years of college. “In 1987, Andy Borans rushed me at Queens. He came to my mother’s garden apartment and talked to us about fraternity. I didn’t know anything about AEPi except that it had a menorah in the crest. That was enough for me.”

After initiating into the Kappa Chi chapter at Queens College, Jeff transferred to Northern Arizona University to finish college. “I had never been west of like Pittsburgh, but we had some family in Arizona and I really wanted to get out of Queens.”

There wasn’t an active chapter of AEPi at NAU at the time so he contacted the international office and offered to help restart the chapter. “Shortly after I enrolled at NAU, I encountered real antisemitism for the first time. I was shocked and knew that I needed to get AEPi back on campus.”

Brother Steve Herron came to visit him on campus and they began a decades long friendship and partnership. The re-founding father class of 12 brothers was off and running. By the time the brothers received their charter in 1992, the group had grown to nearly 30 men.

“The first two people I ever met from AEPi International were Andy Borans and Steve Herron. I was extraordinary lucky to have both of them as my fraternity role models. Steve was so smart and able to judge people in their fraternity roles.” Later that year, Brother Jacobson attended the west coast conclave at the University of California – Berkley and was awarded best delegate. He attended the 1991 international convention in Chicago and saw Richard Stein installed as Supreme Master. “My favorite experience at my first convention was sitting in the hotel lobby until 4AM playing snaps with guys like Elan Carr, Gerry Garcia and Mike Weinhaus. They have all become my lifelong friends.”

After attending law school at Whittier Law School (where he roomed with former chapter consultant Jason Feld), Jeff began a career as a prosecutor and lawyer. He moved to Tuscon, AZ to take on a job as a deputy county attorney and became the chapter advisor for the Upsilon Alpha chapter at the University of Arizona.

In 2001, he met his future wife, Rachel, through J-Date. “I was actually at a chapter meeting at Arizona and had to leave early to meet her. I remember telling the brothers I was going to meet ‘the pharmacist’ and laughing about it. We’re still together 17 years later.” The couple have two children, Sam (11) and Shoshana (8).

“I want to say that I’m doing this (becoming Supreme Master) for my son and all of the other kids who will be going to colleges and looking for a Jewish place. That’s true but, in reality, I’m doing this for myself. I want to lead this organization to pay it back for everything I’ve gotten from it. I am the person I am because of AEPi.”